Trump and the Hydroxychloroquine Heresy 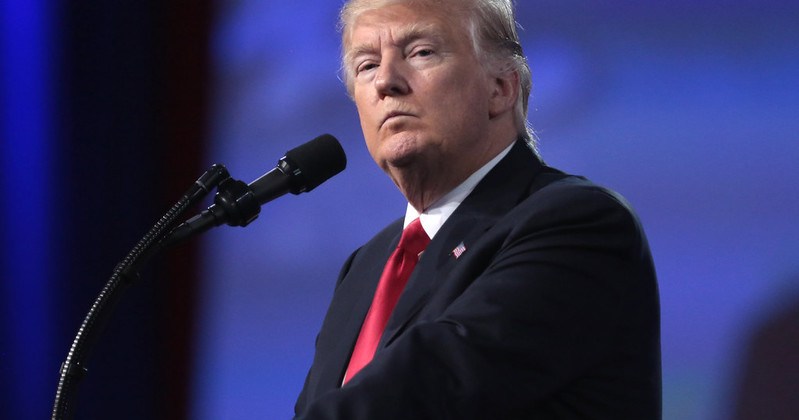 Trump has recently told reporters that he is taking the antimalarial drug hydroxychloroquine to protect himself against coronavirus. As a drug that is yet to be confirmed safe or effective in treating COVID-19, it is an extremely risky move to take, especially as President of the United States, a figure that, unbelievably, many still look up to and respect. Here is what we know about this apparent gamble with both his health and, perhaps, his financial interests?

Hydroxychloroquine is an antimalarial drug that is also used to treat lupus and rheumatoid arthritis as it is effective at reducing inflammation. There has been lots of interests in the potential use of the drug in treating coronavirus, and rightly so; it is important that we research medication that could be used to treat those infected.

However, the US Food and Drug Administration (FDA) has said that the drug is ‘not shown to be safe or effective’ and concerns are being raised for people who might be following the president’s example and potentially endangering themselves. Another concern is for those who may be deprived of the hydroxychloroquine they take for its proven uses if many people suddenly start to take it and supply suffers.

President Trump says he is taking hydroxychloroquine to lessen symptoms should he get the coronavirus, even though the malaria drug is unproven for fighting COVID-19. https://t.co/iFYssl47WY

There are a number of side effects associated with hydroxychloroquine including headache, dizziness, nausea, vomiting, stomach pain, and skin rash or itching or hair loss. The most serious of them all? It can interrupt with the rhythm of the heart and potentially lead to cardiac death, which we can all agree is not to be taken lightly. The president is reportedly in good health, but at the age of 73 and a weight that puts him in the BMI category of “clinically obese”, the drug could pose a huge risk to his health. This all begs the question – why on earth is he taking it?

“Here’s my evidence: I get a lot of positive calls about it.”

As a self-confessed germaphobe Trump is inevitably, like many, worried for his health, especially as some White House staff have tested positive for coronavirus. He announced that he was taking the drug unexpectedly at a meeting concerning the struggling restaurant industry and revealed that he himself had asked his doctor to prescribe it. When questioned by surprised reporters on the evidence behind this decision, he replied “Here’s my evidence: I get a lot of positive calls about it”.

An alarmingly vague and unsubstantiated reply is to be expected of Trump and is at the best of times a stain on the world of politics; in a time of medical crisis like the one we find ourselves in, it is an outrage. If he wants to gamble with his health using a drug that has not completed clinical trials for this use then he may do so, but in doing so as a figurehead of one of the most influential countries in the world, he is not only posing a danger to himself but also to all of those who will inevitably try to lead by his example.

The danger of the legal practice of prescribing medication for off-label use if painfully familiar. The tragedy surrounding the many children born with serious birth defects due to thalidomide came to the world’s attention in the 1960s and is still a painful memory in the consciousness of the countless people effected. As a result, clinical trials have become much more rigorous, but Trump’s use of hydroxychloroquine feels like another echo of the potential dangers of medicines used to treat conditions other than those for which they were originally intended.

In yet another worrying twist, there is some evidence that Trump may have a financial interest in the promotion of this drug. As of last year, Trump reported that his three family trusts had investments in a Dodge & Cox mutual fund who’s largest holding is Sanofi. Sanofi sells Plaquenil (the commercial name for hydroxychloroquine) internationally, although not in the United States. This development presents itself as a serious conflict of interest if Trump is to benefit financially from the promotion of this drug, of which he has been doing aggressively; on the other hand, the potential financial gains don’t seem significant enough in respect of Trump’s personal wealth to warrant his behaviour.

The Washington Post reported that only 3.3% of the fund’s holdings are in that company and the disclosure that Trump filed in May last year shows that each of his three trusts hold between $1,001 and $15,000 in the Dodge and Cox fund. Put more simply, Trump only holds a stake of between $33 and $495 in each fund, totalling between $100 and $1,500. This is dwarfed by his net worth of nearly 3 billion dollars, which is largely down to his property ownership, meaning the financial motivations are not really there.

It is worth considering that Trump’s financial disclosure is from last year and his investments may have changed since then to give him a larger stake in the sale of hydroxychloroquine. He could also have been urged to promote the medication by some who do have a large financial stake in doing so. Ultimately though, this is all just possible speculation with no evidence to support it.

His motive is likely purely political

It is plain to see that Trump does have some motivation behind touting the drug in the media, and his motive is likely purely political. If hydroxychloroquine does prove to be an effective treatment for coronavirus and passes clinical trials, then he was right and will undoubtedly make sure the media, and his voters, know that. If it doesn’t, he will likely just stop talking about it and let the whole issue and his involvement slide into the obscure, like he has done so many times before. He could just be trying to shed a more positive light on a pandemic that has left many hopeless. The fact remains, though, that at the moment he is offering a false hope.

An endorsement of a potentially harmful drug just to seem like he is doing something proactive about coronavirus is a shameful move that could endanger thousands; no future developments, positive though they may be, will change that.

In article video courtesy of @AP via Twitter. No changes were made to this video.