Making An Impact in the Fight Against Racism 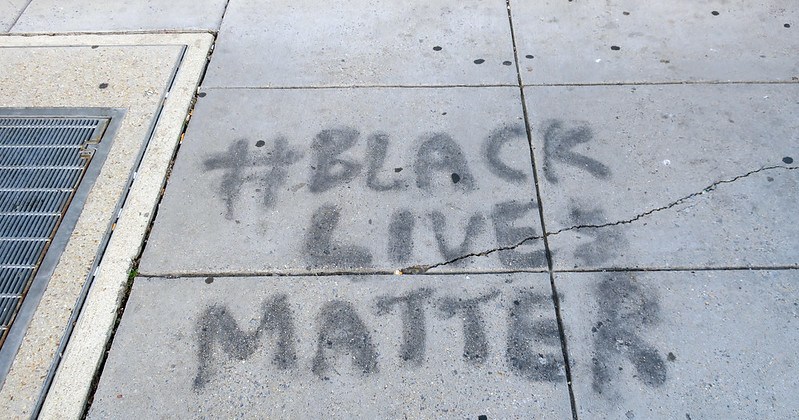 Nationwide protests surrounding the death of George Floyd whilst under police custody in America caused a social media backlash spreading across the globe in the pursuit of justice, not just for Floyd, but for people of colour everywhere. Whilst sharing posts on varying social media platforms has helped bring awareness to the issues of the Black Lives Movement and white privilege, there is still a lot more to be done.

Peaceful protests have already begun in Britian, with two taking place yesterday in Manchester and Central London. There will be another one in London on Sunday, June 7th, and in  Manchester at 1pm on Saturday, June 6th, in Picadilly Gardens. Birmingham have also organised a protest in Victoria Square for Thursday, June 4th.

If you do choose to attend a protest, it is vital you remember that there is still an ongoing pandemic, so wear masks and gloves, and try to adhere to social distancing measures where possible. You should also dress appropriately for the event and keep yourself well hydrated – BLM UK has advised people to wear non-identifiable clothing in order to protect your identity.

The protest support line can also be reached on 07946541411, so jot this down in your phone, along with information about your rights, as suggested by @ldnblm:

REMEMBER: – 'No comment' if police chat – You generally don't need to give personal details to police (inc stop + search) – Ask 'under what power' if police tell you to do smth – No duty solicitor – call Bindmans, HJA or ITN instead – Say no if the police offer you a caution Call GBC if you witness an arrest or have legal questions : 07946541511

If you cannot attend a protest, it takes only minutes to sign a petition. Signing petitions is one of the biggest ways you can engage with parliament and further allows you to aid the fight for justice all across the globe.

The Justice for George Floyd has now become the most signed petition in history. Help seek Justice For Tony McDade a transgender black man killed by police in Tallahasee, and Justice For Jo?o Pedro, a 14 year old boy killed by Rio de Janeiro police. Closer to home is the case of Belly Mujinga who was spat at by an individual knowingly infected with Covid-19 whilst working at London Victoria. She later died of her illness. Justice for Sheku Bayoh also seeks to provide answers to the family of Sheku Bayoh who died in police custody in Scotland at the beginning of last month.

It also takes no time to donate a few pounds of your student loan to a good cause.

The Minnesota Freedom Fund is a non profit organisation that pays criminal bail and immigration bonds. They have, however, stated that they are currently overwhelmed with donations, so you may prefer to donate elsewhere. This website lists 38 community bail funds that you can split your donation across, or even choose specific amounts to donate to each individual group. These include The Bail Project and LGBTQ Freedom Fund. You can also directly donate to the Official George Floyd Memorial Fund to help cover funeral and burial expenses, mental and grief counseling, lodging and travel for all court proceedings, and to assist the family in seeking justice for George. A portion of these funds will also go to the Estate of George Floyd for the benefit and care of his children and their educational fund.

There are many other organisations that you can also join or donate to, including Campaign Zero – a platform of research with the aim to end police brutality in America – and the global network Black Lives Matter. Also see: American Civil Liberties Union, HOME – National Police Accountability Project (NPAP), Advancement Project, Communities United for Police Reform, M4BL and The Marshall Project.

If you prefer you can donate to the numerous small businesses who have been impacted by the riots and looting through OneCause and the Neighbors United Funding Collaborative. There are also various GoFundMe pages where you can donate to specific businesses to aid their rebuild and recovery, including the Lloyd’s Pharmacy Rebuilding Fund,  The Minneapolis Mental Health Clinic and Vietnamese Restaurant: Saigon Bay. You can continue to help by supporting and buying from small businesses, especially those run by people of colour, who are were already previously struggling to acquire the necessary funding  to keep their businesses afloat during the pandemic.

With lockdown still in place, now is the perfect time to educate yourself on both the Black Lives Movement and your own, and other, cultures.

Journalist and Black Activist Charles Preston has compiled an extremely comprehensive Black History Month Library. There is no shortage of books surrounding racism in our communities. Why I’m No Longer Talking to White People About Race by Reni Eddo-Lodge maps the growth of racial bias in the UK. Bestseller, White Fragility by Robin DiAngelo explores what it truly means to be white, and UK rap artist Akala’s novel Natives examines how his own life has been shaped by race and class.

If exams have left you needing a well deserved break from reading, the Netflix documentary 13th by Ava DuVernay explores the history of racial inequality in the United States. BBC film Shame In The Game covers the growing issue of racism in football, which last season saw a 66% rise in hate crimes at professional football matches in England and Wales. For something shorter to watch, human rights lawyer Bryan Stevenson candidly looks at America’s justice system in this TED Talk.

If you would like to educate yourself on inequalities in the UK Criminal Justice System The 2017 Lammy Reviewprovides a comprehensive report. Alternatively, whilst enjoying your unlimited exercise during lockdown, listen to some podcasts on racism, or even just pay close attention to the words of Dave. Or immerse yourself in the thousands of reputable Race articles from around the world and continue to seek out reliable information to develop your knowledge on the issues.

By educating yourself, you can go on to educate your peers. Racism also needs to be tackled at a lower level by ensuring you are actively Anti Racist in your everyday lives. Call out your friends for their casual racism, share your experiences, and continue to raise awareness on your social media platforms – however try to avoid distributing distressing footage of police brutality, especially without a content warning. It is undeniable that this modern form of activism has sparked the beginnings of a change in public awareness throughout the non-black community of systematic racism and the daily discrimination people of colour face. We must not let this conversation die.

Home Schooling, Redundancy and the North: How has COVID-19 Widened the Academic Attainment Gap?

Change Must Begin With the National Curriculum