Yes, Britain is Racist and I Am Tired (Part Two) 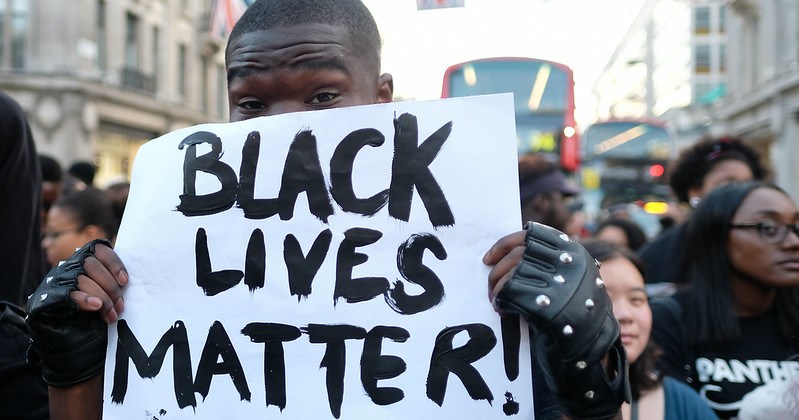 Racism isn’t just hurt feelings, it’s a systemic form of oppression and every form of it is violence. It is never a victimless crime. Every form and incident of racism adds to that system, adds to white supremacy and serves to remind Black and Minority Ethnic people of the idea that they don’t ‘fit in’ or belong here, that they aren’t safe.

Studies have even started to show that consistent exposure to racism creates not only mental health problems but also shortens people’s life span by promoting genes that turn on inflammation, one of the major drivers of disease. This exposure also drastically and critically raises stress levels which makes cells in the body age more rapidly. Being in the UK doesn’t make it better. Black people are not better off here. Anti-Blackness prevails and is so deeply entrenched in many western societies.

Black lives matter no matter where those lives are located. We must do better.

As thankful as I am that the world is starting to show up for black lives, largely because of George Floyd’s murder, it also feels so bittersweet. I am only 20 years old and yet I have experienced countless racist incidents, too many to put in this article, and while some people are just now realising how insidious white supremacy is, I have been here two decades getting an informal education on the issue. George Floyd was murdered by a police officer while other police officers stood and watched. He died because of racism. The same racism that caused my attack (see Part One of this article). We do not have the luxury of saying, ‘it’s better here’, or ‘that’s just America’. Black lives matter no matter where those lives are located. We must do better.

So many black people have been fighting this fight since the day they were born, we are exhausted

I cannot explain to you how deeply, to the bone, exhausting being a black woman in the western world is at times. There is much more that I could say but I am too tired. I wish I had the strength to yell and scream and march but I don’t right now. And this is where allies must step in. So many black people have been fighting this fight since the day they were born, we are exhausted. It is your turn to tap in, take the baton and run. So, what can you do? First get woke. Seriously, wake up and smell the white supremacy that is in almost every part of our society. Read up, and if books aren’t your thing then download an audiobook, listen to a podcast. Good places to start are the books:

That list isn’t exhaustive and also try to buy these books from local bookstores, and small businesses- bonus points if they are BME owned. Try to avoid Amazon as I believe their business practices are horrible, and also perpetuate systemic racism (but that is a whole other article).

Podcasts that are great include:

TV shows, documentaries and movies I would recommend include:

I would suggest avoiding films like The Help and Greenbook as they do not analyse racism well enough and fall into white saviourism.

Try to uplift BME voices and not speak over people

Also, speak up! Next time you hear someone say a racist remark, say something. Next time an elderly relative uses a slur, say something. Try to uplift BME voices and not speak over people. Ask what you can do to help the movement by talking to activists, but don’t expect friends to educate you- it’s draining! Get politically engaged, sign petitions. Register to vote. Go protest when the time comes. It is not enough to ‘not be racist’. You must become anti-racism. If you are able- donate! You can even donate with no money by watching videos such as the one found here: https://www.youtube.com/watch?v=bCgLa25fDHM&feature=youtu.be, or this playlist https://www.youtube.com/playlist?list=PLtooIklzheqzORPbQBiEZKsw2T4s6SUxv&app=desktop as the ad revenue is going to be donated! Or play games on this app: https://apps.apple.com/us/app/u-don/id1509911245 to donate.

Finally, I say to anyone reading this who is new to the movement or an ally: welcome. I’m glad you have joined us. Buckle in. We are nowhere close to finished.

Here are some more useful links:

Featured image courtesy of Alisdare Hickson via Flickr. Image license found here. No changes were made to this image.