The Pitfalls of Sunak’s ‘Eat Out to Help Out’ Scheme 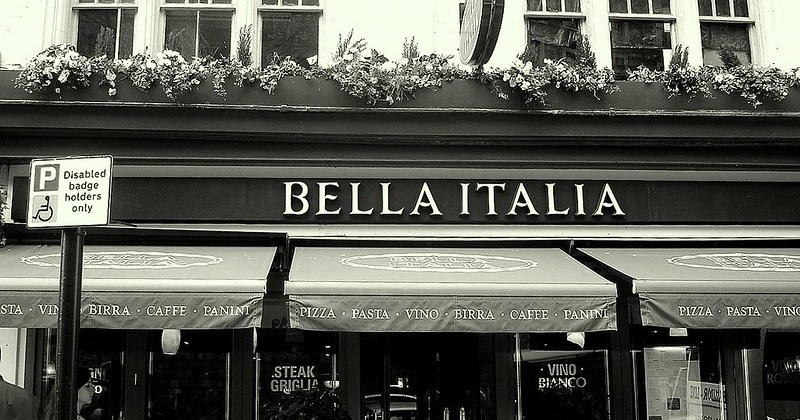 On the 7th of July Rishi Sunak, Chancellor of the Exchequer, announced his next bid to help minimise the damage to the economy caused by COVID-19, the ‘Eat Out to Help Out’ scheme.

The incentive allows diners in the UK to receive a 50% discount off restaurant bills throughout August in an attempt to reverse the damage done to the hospitality industry in recent months.

The idea is that the more public spending taking place now, the lesser the effect of the impending recession further down the line.

The vouchers will be available every Monday, Tuesday and Wednesday throughout the month of August, starting on the 3rd; however, there is a cap at £10 per head.

To lessen the chance of fraudulent physical ‘tokens’, instead, business owners will be able to claim back the cash. Sunak’s deal can also be used alongside other promotions, meaning you could save a considerable amount of money if you’re strapped for cash.

We can expect to see some classic favourites onboard such as Burger King, Nando’s, and Wagamama’s

The discount also comes alongside subsidised grants relative to business rates, and a reduction of VAT for leisure businesses from 20% to 5%, all as part of Sunak’s £30 billion pledge to assist the economy’s recovery.

Restaurants will have to register via the government website, but we can expect to see some classic favourites onboard such as Burger King, Nando’s, and Wagamama’s.

More importantly though, the offer still stands for small independent restaurants and cafes whose turnovers are likely to be lower.

But this doesn’t mean larger businesses aren’t struggling too. Some larger chains such as Burger King and Frankie and Benny’s have spoken out about closing stores while Bella Italia admits facing administration.

So, this raises the question, should all restaurants be eligible and entitled to claim if they aren’t financially burdened? And should all public diners accept the offer if they have the financial means available?

So, with such a hard blow to government spending, we could expect a rise in taxes as well as spending cuts to other sectors such as health care and education

Sunak’s job retention scheme alone is said to cost UK tax payers a collective £16 billion a month, and the estimated cost of Coronavirus for this financial year alone will stand at some £300 billion.

So, with such a hard blow to government spending, we could expect a rise in taxes as well as spending cuts to other sectors such as health care and education; neither of which is going to go down well with the Great British public.

For this reason, perhaps the government should be sceptical about spending if it’s not absolutely necessary and as members of the public we should also consider our own contributions, and if possible, pay our way forward.

After all, all this borrowing and lending is going to come back to bite us eventually. But in true British style, it’s unlikely many of us will turn down a discount off our dinner, even when we consider the long-term damage it might cause.

After months of showing our appreciation to the NHS through rainbows and rounds of applause, perhaps it’s finally time we showed our thanks by more practical means?

A more controversial matter is the fact that such drastic spending by our treasurer could have gone elsewhere, such as our NHS.

Many are outraged at the way in which our key workers have been seemingly overlooked from the very start. An 8pm clap feels pitiful when we look at the greater picture.

Worse still, after student nurses were conscripted to fight the virus on the frontline, thousands of them now face cuts to their contracts.

After months of showing our appreciation to the NHS through rainbows and rounds of applause, perhaps it’s finally time we showed our thanks by more practical means?

More ironically, Sunak’s scheme comes soon after Boris’ pledge to battle Britain’s obesity epidemic. After his own run in with Coronavirus, the Prime Minister announced plans to tackle the issue when data showed that those who were overweight were at a higher risk of having severe symptoms of the virus.

Since then, he’s been following his own weight loss plan and has allegedly lost a stone since his admittance from hospital.

When eating out, we are statistically more likely to overeat due to bigger portions while sodium and cholesterol levels are significantly higher

He recently announced his interventionist approach to tackling Britain’s obesity problem, starting with banning Buy One Get One Free offers on unhealthy foods, and restricting promotions on confectionery on the end of supermarket aisles.

Arguably though, encouraging the public to eat out doesn’t sound like the right way to go about the problem. When eating out, we are statistically more likely to overeat due to bigger portions while sodium and cholesterol levels are significantly higher, and we’re likely to fall into the temptation of desserts.

A final unquestionable point is that this all seems to come to soon, amongst fears the easing of lockdown has been premature. With daily new cases just falling short of 700, it’s no surprise people are still fearful; the virus is still a serious threat.

The government’s stance appeared to do a complete 180 in the last month. Only a matter of weeks ago we were still advised to work from home, avoid tourist hotspots, and minimise social gatherings. Now we are being bribed into spending and socialising in the public domain.

The Tories have been heavily criticised for putting the economy before the safety of their own people, and Sunak’s plan seems to only solidify both the severity and truth of this fact.

Featured image courtesy of snowsoulmate via Flickr. Image license found here. No changes were made to this image.

Opinion: David Starkey’s Slavery Comments Should Not Have Been Allowed By His Interviewer