What Next For Forest? Another Promising Season Ends On Disappointing Low 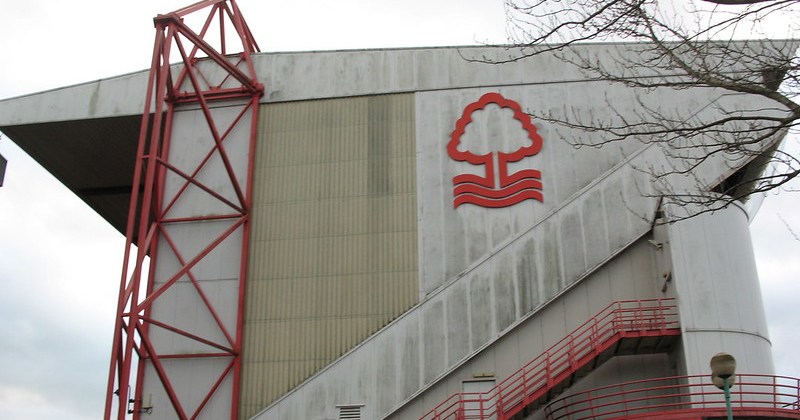 In a season hampered by a pandemic, it was ultimately Nottingham Forest that orchestrated their own downfall as defensive solidity gave way to defensive calamity.

Nottingham Forest’s 2019/20 season got off to a very strong start as they avoided defeat in ten of their first eleven Championship games (sandwiched between an opening day loss to West Brom and a twelfth-week loss to Wigan). On the surface, Sabri Lamouchi’s appointment as manager appeared to be a masterstroke. Arriving after a short stint at Rennes, Lamouchi brought a recognisable identity to Forest.

His favourable use of a low block (a defensive preference which sees a team sit deep while out of possession in order to limit the space available for the opposition to play in), alongside a reliance on counter-attacking prowess, saw his side maintain the necessary level of defensive solidity to ensure positive results.

You've backed us at The City Ground, on the road and from your own homes and we are truly humbled by your support all season ? #NFFC pic.twitter.com/0gloaSc3CX

At the conclusion of the season, Forest were the fourth best side in the league for goals conceded from open play. Of the play-off sides that finished ahead of them, only Brentford performed better in this metric. This saw them perform exceptionally well against the clubs that eventually finished in the top six, obtaining 21 points from a possible 36 in these games, including drawing to and beating league winners Leeds.

Forest failed to break down teams when they were expected to have more of the ball, suggesting their consistent placing within the play-off positions throughout the majority of the season may well be misleading

However, they did not perform so well against teams that finished in the bottom five, losing at least once to all of them. In fairness to Lamouchi, his style of play suits going up against “stronger” sides since such teams tend to want to dominate the ball (allowing for the low block and counter-attacking system to be effective), whereas the “weaker” teams often adopt a similar style to that of Forest; forcing Lamouchi’s men to find different ways to win (something which they never truly managed).

This one-dimensional approach was exposed in these games against teams further down the table. Forest failed to break down teams when they were expected to have more of the ball, suggesting their consistent placing within the play-off positions throughout the majority of the season may well be misleading. The statistics reinforce this. Forest averaged 47.6% possession and 75.5% pass accuracy across the season (16th and 9th in the league respectively). Both of these metrics are good indicators of performance level. Leeds, who finished first in the league, place first for possession and second for pass accuracy. Therefore, Forest placing far lower in these two metrics than they placed overall is indicative of why they ended up slipping out of the play-off places.

A lack of sustainability is the story of their season

Moreover, Forest demonstrated an over-reliance on their striker, Lewis Grabban, for goals. He scored 20 for the club, representative of 34% of their total. Only Fulham and Huddersfield were more reliant on an individual for their goalscoring output. Such over-reliance is unsustainable, and ultimately contributed to Forest’s downfall.

In fact, a lack of sustainability is the story of their season. I have pointed out a few metrics which indicate that Forest were positioned higher in the table than where you would expect them to be based on their performances, and no measure better indicates this than expected goals. Expected goals is a complex metric but, in short, it places a numerical value on every chance created in order to convey the likelihood of that chance being scored.

Practically, this gives a better picture of how good a team is at creating high quality chances, rather than whether they are just good at converting low quality chances. The former is a sustainable model, thus indicates a high-quality team; the latter is unsustainable since the team’s output would greatly reduce if the striker fell out of form (as players often do) or if they were sold. If the league table were constructed based on teams scoring and conceding what they were expected to, Forest would not just be out of the play-off positions but would drop down to 16th.

At this point, Forest’s results after the restart appear inevitable. They were punching well above their weight when sitting in the playoff places, and the grand illusion did eventually get dismantled. In the final nine games of the season, Lamouchi’s men won just two games, conceding 12 goals in the process. 41.7% of these goals came in stoppage time. A team setup to be defensively compact gave way to one that failed to see games out. As a young inexperienced squad burned out, the true reflection of their standard was sobering.

After reflecting on the past week and taking time to understand what happend , I just want to say thank you to everyone for the continued support all season, you have been truly remarkable, we must move on from this now and stay positive ready for a massive season ahead, ?? #nffc pic.twitter.com/w31P75R34C

Ultimately, it went down to the final day, but the damage was done long before. The fall from fifth to seventh was caused by a 4-1 loss to Stoke, and Swansea beating Reading by the same scoreline, but it is hard to argue that it is not a truer reflection of this side’s ability and performances. Nottingham Forest over-performed for much of the season, and the final day just brought everybody back to reality.

Providing a judgement on Forest’s season is difficult. On the one hand, they spent the majority of the season in the play-off places and looked a dead cert to remain there before the season restarted. Matty Cash looked a revelation at full-back, and Grabban was scoring goals for fun. On the other hand, much of the statistical information suggests they were not playing well enough to warrant being in contention for promotion. On the surface, finishing seventh appears to be a near miss but, based on their performances, they may well have been lucky to even achieve that.

If they continue to perform at the same level next season, they will be lucky to finish in the top half

Moving forward, Forest have a decision on their hands: whether to keep Lamouchi onboard, or not. If they do, the French manager will have to show pragmatism to give Forest a different way of playing. It is impractical to assume that similar performances next season will put them in contention for the play-off places again. Whether they keep Lamouchi or not, Forest must ensure play retention is at the forefront of their planning, with Grabban, Lolley and Cash (amongst others) very much in the shop window. In addition to that, the club need to bring in new players to strengthen what is a relatively young and inexperienced squad.

Nottingham Forest may have only missed out on the play-offs by one goal, but if they continue to perform at the same level next season, they will be lucky to finish in the top half. Lamouchi has started building, what could be, a solid foundation, but there is so much left to build.

Featured image courtesy of rchappo2002 via Flikr. No changes were made to this image. Image licence found here.

In article image 1 courtesy @NFFC of via Twitter. No changes were made to this image.

In article image 2 courtesy of @mattycash622 via Twitter. No changes were made to this image.

A Beginner’s Guide To Party Politics

Boo For Boohoo- Modern Slavery In The UK