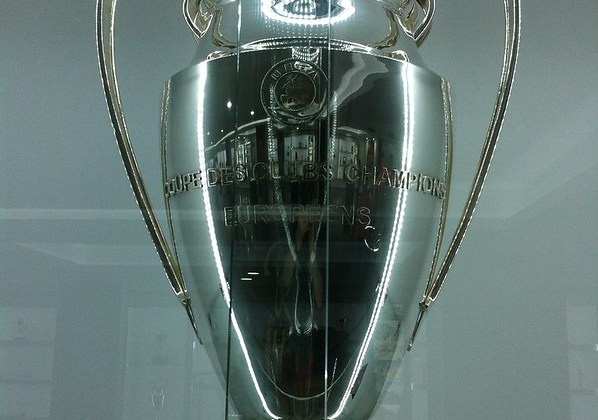 The UEFA Champions League: the most prestigious club competition, where the crème de la crème of football royalty battle it out for dominion over Europe. Some of its most illustrious moments remain etched in our minds, never to be forgotten, and in keeping with tradition, this year’s competition is set to be just as noteworthy – but for different reasons.

This year, unlike any other year in its history, the competition is set to continue from the quarter final stage, sporting a new format. From the 12th of August 2020, all the teams that have made it past the gruelling round of 16 stages, will march down to the neutral Lisbon, Portugal, seeking to negotiate tricky single-legged ties through the quarter-final and semi-final stages of the competition.

This, as I’m sure would be known to you, is a huge departure from the regular two- legged ties these stages of the competition usually uphold. Luckily, the final has not been halved too, it remains a 90 minute duel, to be fought on the 23rd of August 2020, in the magical Estádio do Sport Lisboa e Benfica. The reasons for this change, along with many others – such as the new five substitutions rule, the gaping hole in our Tuesday and Wednesday nights, and the disappearance of boisterous fans – is as of course due to the COVID-19 pandemic.

Memorable ties such as Barcelona vs Roma in 2018, Malaga vs Dortmund in 2013 and Ajax vs Spurs just last year, would not be the same had they occurred as single-leg ties

Out of all the numerous questions to be asked about the change of format, the one that interests this writer is, what do these changes mean for the genuineness of this year’s tournament? Should the eventual winners be subject to the unwanted asterisk? Being a Liverpool fan myself, you could understand my wariness in jumping to such conclusions. However, it is a significant change, one that cannot simply be cursorily overlooked.

In recent years, the semi-final and quarter-final stages have frequently provided the most entertaining points of the entire competition, invariably producing some of the best football, even more so than the final. Memorable ties such as Barcelona vs Roma in 2018, Malaga vs Dortmund in 2013 and Ajax vs Spurs just last year, would not be the same had they occurred as single-leg ties. The frenzied nature of two-legged clashes is certainly going to be missed.

The pressure that comes with needing to play a perfect 90 minutes is almost unquenchable, and can often be very punishing

On the other hand though, perhaps it’s unfair to hurriedly claim that the difficulty level of these ties have now been diminished. Playing in unfamiliar grounds, without the atmosphere that top players typically thrive on, as well as the mental readjustment it takes in acknowledging that there are no second chances, are challenges that are not only still foreign to these players, but are quite arduous to overcome.

Single-leg ties come with their own quandaries. The pressure that comes with needing to play a perfect 90 minutes is almost unquenchable, and can often be very punishing, not to mention at a time now when the current heat levels do not serve anybody.

[The competition] rewards the correct balance of optimism and pragmatism, and it most importantly and unchangeably pits the best of the best against each other

The integrity of the Champions League has always been laid on it being a competition that challenges teams to their very limit, mentally, physically and everything in-between. It rewards the correct balance of optimism and pragmatism, and it most importantly and unchangeably pits the best of the best against each other. So, if we’re talking about that integrity, then it’s fair to say that this year should be seen as no different.

The objectives have not changed, motivations remain the same; bragging rights over all of Europe, no matter how it’s obtained, is still a tantalising prospect.

Featured image used courtesy of Simon Harriyott via Flikr. No changes were made to this image. Image use license here.

TikTok On The Clock or TikTok To Be Stopped?

[The Fall of] Julius Caesar @ NNT