The ‘Plastic’ Generation: Why Has Cosmetic Surgery Become The Norm? 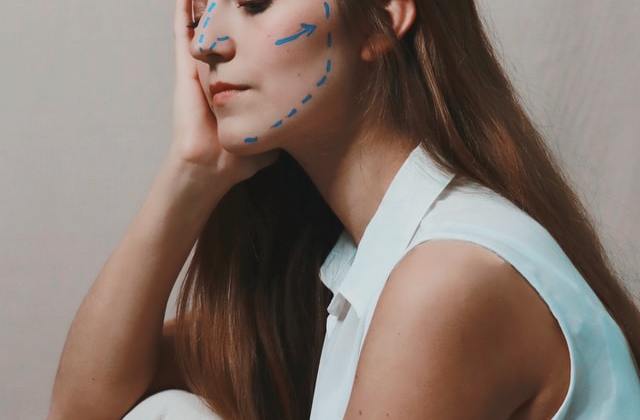 As a generation we are surrounded by an online presence of ‘influencers’ and an ever evolving beauty standard; more and more young people are turning to plastic surgery to ‘fix’ their ‘flaws’.

The rise of an unattainable body image has spread across the internet, seemingly plaguing our minds with the need to feel we must reach a certain level of ‘perfection’. Yet, what some young people do not realise is that this body image, that we see all over the likes of Instagram, does not exist.

Camera angles and Photoshop are stopping this generation from accepting our bodies in their natural state. Influencers project their supposedly non-enhanced images, leaving us to turn to the likes of plastic surgery to try and emulate the impossible appearances that we see.

A 20 year old typically does not need cheek filler with their complexion being potentially the fullest it will be for their lives, yet many will turn back every 3-6 months for a refill

While there is nothing wrong with undergoing cosmetic surgeries, as it can enhance a person’s confidence and quality of life greatly, there is the worry that many of us are falling into the downward spiral of treatment after treatment at a very young age.

A 20 year old typically does not need cheek filler with their complexion being potentially the fullest it will be for their lives, yet many will turn back every 3-6 months for a refill.

Most of us will have seen the Youtube videos titled ‘My Botched Lip Filler Story’ circling around, with the need for fuller lips becoming a huge trend in the past 5 years. Arguably, it has been sparked even further by the likes of Kylie Jenner, who built a multi-million pound company off of the attention her filled lips gained.

Trends always seem to lead to an influx of ways to attain the product of the trend. More and more beauticians have become ‘trained’ in offering cosmetic procedures such as that of botox and filler, however unfortunately they do not all offer the guidance of how much is too much, leading to the aforementioned botched procedure videos.

Rounder rears are perfectly poised in many pictures we see on our daily feed, and some of the biggest behinds that we see are the result of a BBL (Brazilian Butt Lift).

Young people are taking the fat from other parts of their body and having it injected into the buttock in order to enhance it, fulfilling their desire to have a fuller behind.

What many of us might not know is that this is the most dangerous cosmetic surgery there is. One wrong injection in or too close to the main blood vessels that are housed in the gluteal area has tragically left a growing number of patients dead on the operating table. So, with the popularity of cosmetic surgeries increasing and  becoming more accessible, a greater risk of things going wrong is inevitable.

When tabloids slander celebrities bodies for being what can only be described as normal, these influencers feel cornered into getting such procedures

The younger generation are using surgery and treatments to change their appearance to be more ‘beautiful’, as a consequence of the unhealthy ideals the media is portraying.

It is no wonder that, when tabloids slander celebrities bodies for being what can only be described as normal, these influencers feel cornered into getting such procedures, making the process of plastic surgery appear increasingly the norm.

The reality is that we will never be able to keep up with the moving trends when it comes to appearance, meaning there will always be a desire to change. Plastic surgery is seemingly the way in which young people are now facilitating the manipulation of their bodies, rather than less permanent methods.

While these ideals should not exist, as beauty is more than skin deep, the influence of others remains great on our generation, pushing us towards enhancements.

Featured image courtesy of Joeyy Lee on Unsplash. Image license found here. No changes were made to this image.

The Ever-Growing Dangers of Corporate Greenwashing