Finding Deer In Wollaton Park: A Tale Of Strength, Endurance And #firstworldproblems

It is a truth universally acknowledged that when feeling down, the best remedies are fresh air and cake. So today when I woke up feeling fed up about life and timetabling stress, I decided that if a walk around campus and a Beeston Brownie couldn’t make me feel better, I was a lost cause.

The weather looked nice and I’d been putting off an article I needed to edit that day for Impact’s ’12 Days of Freshers’. I changed into a clean t-shirt because #selfcare and set off with my face mask, my laptop and a positive attitude!

I decided to get the bus (laziness count: 1) but I did the first ‘classic Daisy’ thing of the day and missed my stop. I ended up somewhere on the road between University Park and Wollaton Park and was already feeling downcast because I knew this meant I’d have to walk all the way up The Downs to get to Portland (laziness count: 2).

I have only been to Wollaton once before, a couple of weeks ago. What no one tells you is that it takes just as long to get from the gate to Wollaton Hall as it does to get to the gates from Lenton. Once I got to the hall the first time, my feet already hurt and I ended up just having a stroll around the gardens and then walking back (laziness count: 3). I then proceeded to complain for a week about how it was false advertising because I hadn’t seen any deer. 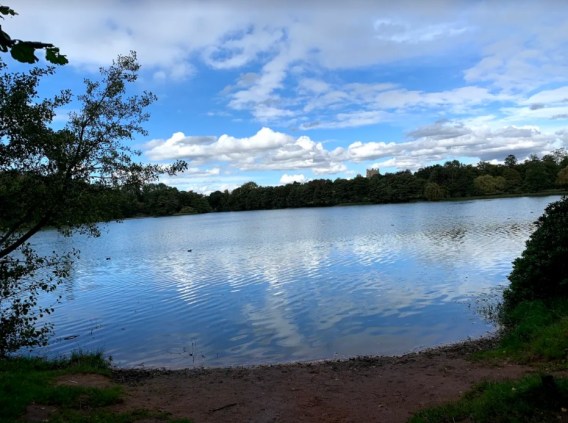 This time, I had ended up at a different set of gates at a different end of the park. I saw a sign that said ‘Warning! Rutting season!’ which was very intriguing. You see, my mum works at an estate in Sussex which is quite similar to Wollaton. She had told me a story about how there were some deer rutting in the woods and their antlers had got stuck together. Because they were in a remote part of the estate, no one had noticed and they’d ended up starving to death. I had got my calling: I must find the rutting deer and make sure they didn’t die. It was my duty.

I went full Bear Grylls and ventured into the rhododendrons

I began to walk into the park. I was quite enjoying myself at this point. I wanted to find a scenic spot (preferably featuring some deer) to stop and edit the article. I started walking around the lake, seeing many ducks being abused by some swans but no deer. After about half an hour, I was starting to get impatient. Where were these famous deer?

I decided to message the Impact committee group, asking if anyone knew where the best place to see the deer was. The results were inconclusive. I kept walking. At one point, I decided that the problem must be that I was walking on the path, so I went full Bear Grylls and ventured into the rhododendrons. But still, no deer.

Eventually, I stumbled across the deer conservation area, which is a fenced off part of the park where the public can’t go. I stayed close to the fence and kept my eyes peeled. And then there they were! Four fallow deer, grazing in the trees. Their coats were spotted and camouflaged, but I could still see them. They looked at me suspiciously. There was even a baby! I think they must have been female because they were very small and had no antlers. 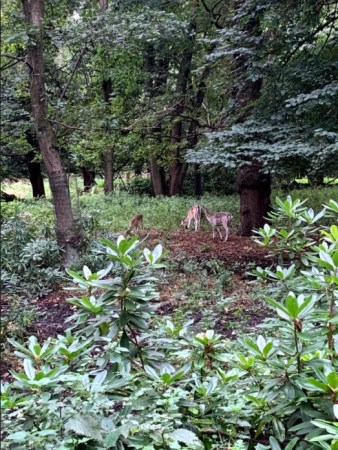 I stayed by the fence and watched them for a while, but I was not satisfied. I was then approached by an elderly couple who had come to see what I was looking at. We agreed that the fallow deer were very pretty, but I was still wondering where the majestic red deer were hiding and (more importantly), were they safe from the dreaded rutting? I asked the elderly couple and they pointed me in the right direction. Finally, success!

A group of about eight mighty stags, sitting on the grass

At this point it was getting quite late and I was getting messages from the online team asking where the article was (oops…don’t procrastinate, kids!). But still, I was determined to find these deer. As I reached the brow of the hill, walking past the house, I saw them! A group of about eight mighty stags, sitting on the grass. I had stopped at the café and bought a cup of tea and a brownie and I thought this was the perfect opportunity to sit down and edit the article, surrounded by deer and by tourists. I was quite chuffed with myself because I was sitting there in the middle of Wollaton Park, under a tree, editing an article about all the best scenic spots to create art on campus. It all felt very meta.

And then the rain came. I was sitting under a tree, eating a brownie, editing my article, quite happy with myself. Drops started falling onto the screen of my laptop. They always say that cows sit down when it is going to rain; the same must go for deer. I should have seen the warning. It was now, in this biblical moment, that I became very aware of the fact that I was wearing only a t-shirt. 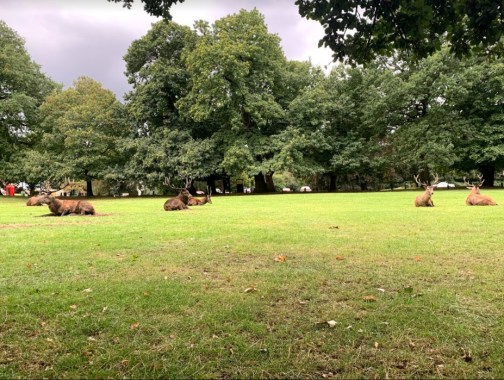 Another fact that I hadn’t noticed was that the tree I was sitting under was a conker tree. The strong gusts of wind meant that I was regularly showered with conkers. It was lucky that I didn’t get concussed. Alas, I had to persevere, I must finish editing the article in time for the fourth day of freshers! I was getting very envious of the sunny photos of campus I was using in the article while my hands were numb and I was struggling to use the mouse pad. No one can say I am not committed to Impact.

Eventually, the article was finished and I could say goodbye to the deer and head home. But not before getting completely lost and nearly becoming an ice cube. I felt like Jane Eyre when she goes out onto the moors and nearly dies, except I ordered an Uber to pick me up.

Worth it for the deer though.

Images courtesy of Daisy Forster. No changes were made to the images.

Nottingham’s Sporting Hub: A Trio Of Grounds On A Single Stretch Of River