Former Disney star, Miley Cyrus made a triumphant return to music last month with the 80’s-inspired single Midnight Sky, which soared to number one. But forced to navigate child stardom, the merciless music industry, slut-shaming critics, and the expectations of famous relatives, Cyrus’ life has been much of a rollercoaster. Amrit unpicks the fascinating life and career of pop’s scandalous sweetheart.

From a young age, Miley Cyrus has lived her life beneath a gruelling public microscope. Rising to fame on the global hit Disney show ‘Hannah Montana’ made it difficult to escape the trappings of being a perfectly polished Disney princess, and put great pressures on the young star from an early age. But now, at the age of twenty seven, Cyrus professes that she has reached a place where her music reflects her true self.

Born into a musical family with relatives including the country stars Billy Ray Cyrus and Dolly Parton, Cyrus exhibited talent from an early age. Whilst acting on ‘Hannah Montana’, the fourteen-year-old caught the eye of Hollywood Records, who shortly after offered her a record deal, both for her Disney music and personally-named releases. 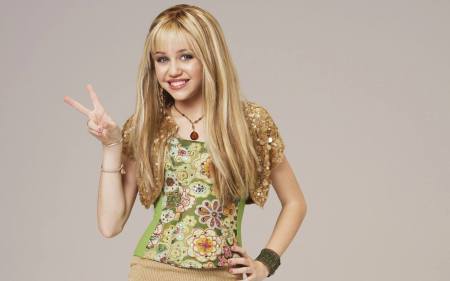 Cyrus rose to fame on Disney’s ‘Hannah Montana’, where she became synonymous with her character’s blonde wig.

Since then, the genre-bending star has continued to dabble in multiple styles and ventures, beginning in the world of teen pop, with hit singles under her Disney alias including the time-honoured Best of Both Worlds. Solo releases such as 7 Things also earned her wide acclaim, and Cyrus began to establish herself as a musician, atop of actress.

Cyrus’ brief flirt with country-pop on The Climb also soared to great heights on the Billboard charts, proving her ability to thrive across multiple genres. Post-Hannah Montana and the release of Party in the USA, a somewhat transitional single into Cyrus’ new sound, the star broke free of her Disney reigns and finally unveiled a more mature image.

Come 2013, the star signed with RCA Records and unveiled her brand-new look – switching her signature long brown locks for a blonde pixie cut

As the lyrical content of her 2010 Can’t Be Tamed record garnered furious controversy amongst industry critics, Cyrus took a musical hiatus to focus on film, starring in teenage rom-coms such as ‘LOL’ and ‘So Undercover’. Come 2013, the star signed with RCA Records and unveiled her brand-new look – switching her signature long brown locks for a blonde pixie cut.

With her fresh locks, Cyrus’ ventured into the world of hip-hop on fourth studio album ‘Bangerz’. The lead singles of We Can’t Stop and Wrecking Ball combined elements from her pop roots with more mature lyrical content, and despite the media portraying Cyrus as ‘going off the rails’, she rose to the top of the charts once more.

Next, following a brief stint with experimental and alternative pop on ‘Miley Cyrus & Her Dead Petz’, the tour for which featured her in a unicorn outfit with a strap-on phallus, Cyrus returned to country roots with the 2017 album Younger Now. Now married to actor Liam Hemsworth, Cyrus appeared to have left her gaudy ‘Bangerz’ persona behind and adopted a more mature, personal approach to music.

Tragedy struck, however, as their marriage crumbled after just eight months. Comparing the divorce to a death, she lamented upon “losing a love so deep,” but has since embraced having more time to focus on herself and career. Fast-forward to 2019 and Cyrus appears to have sonically found herself once more, whilst still breaking the boundaries of musical genres.

The assertive, disco-tinged affair [Midnight Sky] draws influence from the likes of Joan Jett and Blondie

A doozy collaboration with Mark Ronson on Nothing Breaks Like A Heart, nodded to her country-pop beginnings, whilst the 2019 EP She Is Coming opted for a darker, power-pop sound, as heard on the statement single Mother’s Daughter. Along with Don’t Call Me Angel, which featured Cyrus’ close friends and fellow pop starlets, Ariana Grande and Lana Del Rey, the singles promoted independence and female empowerment.

However, following the public divorce, Cyrus also exposed raw, delicate emotions on the wrenching ballad Slide Away. It is evident that Cyrus possesses undeniable talent, and has become increasingly confident in defying the boundaries of musical style throughout her career.

2020’s dazzling Midnight Sky marks her most recent venture into retro-pop. The assertive, disco-tinged affair draws influence from the likes of Joan Jett and Blondie, and might be amongst her catchiest yet. While she’s yet to announce an official release date, Cyrus has been teasing her seventh studio album ‘She Is Miley Cyrus’ for some time, recently telling fans to prepare to “meet Miley Cyrus… again.”

After living a turbulent life in the public eye, Cyrus has therefore seemed to have held her own. Demonstrating with perhaps her most confident singles to date in Mother’s Daughter, Slide Away, and now Midnight Sky, that she is indeed coming “for real this time.”

Featured image courtesy of Miley Cyrus via Flickr. Image license found here. No changes were made to this Image.

Article image courtesy of J-14 Magazine via Facebook. Image license found here. No changes were made to this Image.

Is Your Degree ‘Too Soft’ For Employment?