The Demise of Q Magazine and The Old Music Press

“The issue that comes out on July 28th will be our last” – the words of Q Magazine’s Chief Editor Ted Kessner shook the music industry to its very core. But as a cornerstone of traditional music press in a fast evolving social domain, Joe proposes that the demise of Q was inevitable and poses a marked warning to other publications to either evolve, or dissolve.

The announcement that the July 2020 issue of veteran music publication Q Magazine was to be its final issue – due to the severe financial implications of the Coronavirus pandemic – was met with sensationalist headlines that this meant the end of conventional music journalism.

If the adage that “writing about music is like dancing about architecture” is deemed true, then writing about writing about music seems farcical, nevertheless, it’s a topic that merits discussion. Despite the recent pessimism, the collapse of Q has left a gap for traditional rock ‘n’ roll and pop commentary which had already been capitalised on by newspaper entertainment supplements for decades. 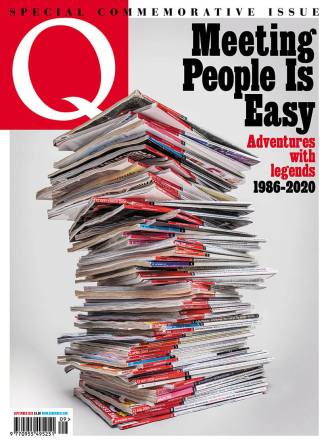 Whilst one institution may have faltered, NME, founded decades before Q- seems to be surviving as a digital publication since the move online in 2018 and it began publishing a monthly Australian edition early this year. Admittedly, NME has had to shift its output from purely musical to a more holistic reportage on aspects of popular culture.

Meanwhile, Mojo magazine (owned by the same media corporation as Q) still reaches an average of 55,000 readers per issue and smaller indie outlets like DIY and Dork have managed to carve out a space in the market; the latter arguably usurping NME’s niche of indie rock guitar commentary. Specialist magazines, catering to the interests of an array of musical interest have also prevailed.

However, it is true that many publications, bereft of distribution venues with the closure of bars and shops in March, were forced online and are now those in the most desperate need for reader assistance. Loud & Quiet blame a “dependency on advertising” for the dire situation they find themselves in, and appeal to willing readers to subscribe in order to support “independent artists, labels and journalism.”

But the music press faces new challenges: social media means that artists now have a greater number, and importantly more immediate and responsive, communication platforms on which to interact with fans, allowing them to form more authentic connections.

Indie bands like The Magic Gang and Easy Life have embraced social media as a platform for active engagement with their audience, hosting Q&A’s and live sessions. A new era of transparency in music is translating into more honest songwriting from artists; the recent success of Arlo Parks is testament to that, whose sensitive lyrics and delicate melodies deal with mental health and emotional suffering.

The politically charged glam-rock of Declan McKenna (whom Dork Magazine featured on their cover in the August issue) has developed a community of fans enamoured with his progressive musicality. The reciprocity between musicians and their fans needs to be replicated amongst journalists and their readership.

This doesn’t mean, however, that music journalism has to become uncontroversial. A recent Vice editorial sparked widespread criticism after a tongue-in-cheek retrospective of the indie scene in the early noughties. Characterising the period, in hindsight, as mediocre, it listed fifty of the most indifferent floor-fillers of the decade. Often scathing about the work of
“homogenous” bands made up of “white boys with weak jawlines,” the contributors did admit to harbouring a somewhat sentimental attachment to the genre they affectionately labelled ‘Landfill Indie’.

Nonetheless, Tim Burgess of The Charlatans expressed his disappointment at the “sneery jibes” and “cheap shots” targeted at young artists, and there was swift response from NME who offered their own critique of the blandness of Britpop – a move that proves this nearly 70 year old magazine can still provide contemporary commentary.

Burgess has, in recent months, compiled an impressive journalistic catalogue through personal accounts from artists during his thoroughly enjoyable Twitter listening parties. It has been argued that Twitter may be “perhaps the last public space for unfettered music criticism in an increasingly anti-critical landscape” – yet it also provides a platform, and often legitimises, ill-informed opinions.

Rather aptly, The Police’s Don’t Stand So Close To Me was revealed to have seen a 135% increase in listens during the weeks of lockdown

The pandemic has only accelerated streaming’s ceaseless takeover of the scene as downloads soared; Spotify is now offering more opportunities for artists to gauge public opinion through real-time data analytics. Streaming can be monitored down to the minutiae and, rather aptly, The Police’s Don’t Stand So Close To Me was revealed to have seen a 135% increase in listens
during the weeks of lockdown.

If it is immediacy which listeners crave, then perhaps the main failing of the music press is its sluggish response to the new way in which we consume music. Though this is not entirely their fault – artists seem to be tending towards releasing singles in favour of entire albums meaning that, whilst there is arguably more material to review and discuss, it’s sparser and lends itself less easily to critical dissection. 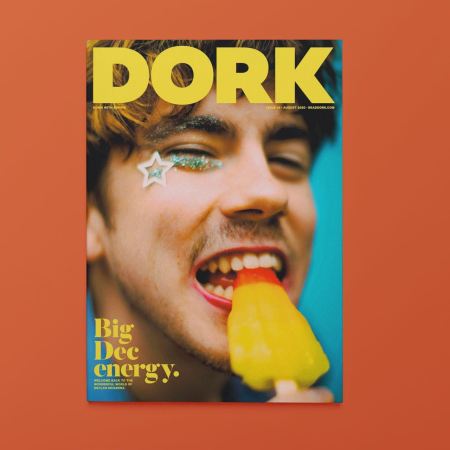 Editors at Dork, here covered by glam-rock starlight Declan McKenna, have spoken out about their struggles navigating the online era.

However, despite the narrative that long-form print journalism has become outdated, for music publications, the move to online coverage has often been through financial necessity rather than out of a desire to appear more current. Stephen Akroyd of Dork magazine remarks that “any good magazine is crafted down to the smallest detail in a way that’s impractical online.”

Furthermore, the renaissance of the vinyl form – whose sales saw a promising bounce-back post-lockdown, aided by a media effort to publicise Record Store Day 2020 – and even the re-popularisation of the cassette tape, speaks to the fact that younger listeners are not averse to more tactile media.

Whilst music has been one of the industries most acutely affected by the Coronavirus pandemic, it has also birthed some of the most creative solutions to a socially distanced recovery

COLORXSTUDIOS, for example, offers an exciting new space for bespoke musical performances and interviews and is at the cutting edge of showcasing international talent. Additionally, Tortoise Media’s new series ‘Policing Black Music’ tells the story of how Drill music is shaking the music establishment and Vice magazine’s music channel, Noisey, explores the culture behind the “world’s most compelling music scenes.”

Thus, whilst music has been one of the industries most acutely affected by the Coronavirus pandemic, it has also birthed some of the most creative solutions to a socially distanced recovery and should embolden music journalism to evolve with similar vivacity.

Featured image courtesy of Panu Tangchalermkul via Flickr. Image license found here. No changes made to this image.

From Lockdown To Learning: Adjusting To University Post-Lockdown