Cineworld closures: The changing viewing experience in the isolation age

In another blow to the creative industries, the closure of 127 Cineworld establishments in the UK, and the midweek closure of a quarter of Odeon and Vue’s venues, has brought into question the future of our entertainment industry. With lack of content being produced for distribution, and customers fearful of venturing into enclosed spaces at this time, these environments have faced unprecedented financial disruption, and it’s not looking like it will improve any time soon.

Two of the predicted blockbuster hits of 2020, the continuation of the Bond franchise No Time to Die and Dune based on the popular sci-fi novel, have both postponed their release dates to 2021. Although studios being tentative to release their big pictures has been particularly prevalent in the US, their hesitancy has been destructive for the market outside the country too. With the loss of around 6,000 jobs in the UK, cinemas are one part of the industry that has dealt full-force with the ongoing impacts of the pandemic. While filmmakers around the world seek to restart the industry, could expansion into alternative distribution platforms (namely streaming services) help or hinder this disruption?

Time will tell how each changes with these unprecedented times, or whether the cinema faces a natural extinction as even more entertainment moves into the palm of our hand

Thanks to low prices and easy accessibility, cinema is one of the most easily consumable arts distributers. They have forever been praised by film industry professionals as the only place to view new movies; to see them in the way they were intended to be experienced. Yet this pandemic has proven to many in the industry the necessities of streaming services especially when millions of movie-goers cannot leave their homes.

Disney has perhaps adapted to this most notably with the release of what was expected to be their two major 2020 hits, the live-action remake of Mulan and Pixar’s next venture: Soul, which are both heading straight to the company’s streaming service Disney + without a cinema release. Streaming as a platform is highly adaptable and appropriate for the modern age, which brings into question whether its popularity and expansion will lead to the downfall of more traditional viewing experiences.

But will these few dedicated movie-goers help to maintain such a struggling industry? As cinemas rely on filling their seats to remain profitable, it seems unlikely…

Many movie-goers have embraced the nostalgia of redistributed film favourites with the likes of Harry Potter, Jurassic Park, and Star Wars once again gracing the big screen with the reopening of cinema chains; some of which, millennial audiences would have never seen on such a scale.

More recently, Christopher Nolan’s Tenet, also sought to reignite the cinema experience. This largely traditional action thriller with a twist, used simultaneously experienced but reversed time to create a unique plot. Stepping into the cinema myself to see it on a weekend evening, an IMAX theatre built to fit nearly 450 people had only around 10, each wearing a mask between bites of snacks. For those who attended these showings, myself included, cinematic viewing experience was clearly a priority as soon as the lifting of restrictions allowed them to attend. Due to the shared experience of the thrills and emotions of the movie, this was a new form of social interaction without saying a word or ever having to come within two metres of each other. But will these few dedicated movie-goers help to maintain such a struggling industry? As cinemas rely on filling their seats to remain profitable, it seems unlikely, and the Cineworld closures have indicated just that.

But can the experience of cinema ever truly be replaced? The smell of the popcorn, the scale of the screen, and the shared experience among relative strangers… 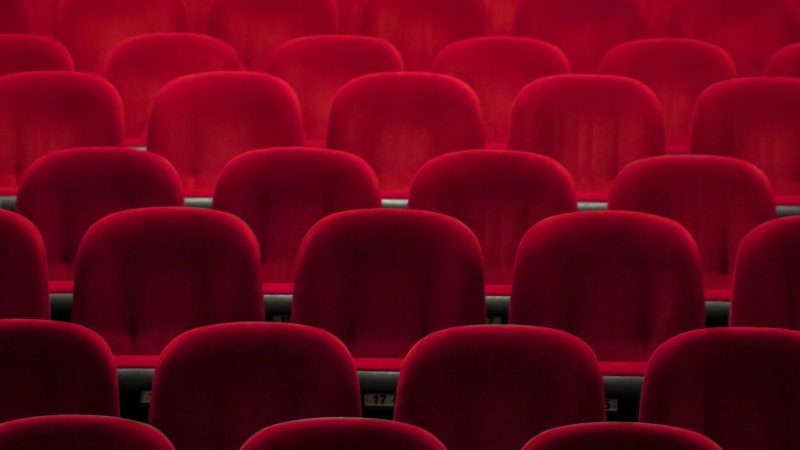 It seems inevitable that streaming services will continue to expand their outreach, offering more exclusive content and better deals to draw in their audiences. But can the experience of cinema ever truly be replaced? The smell of the popcorn, the scale of the screen, and the shared experience among relative strangers, who are united by their watching experience, will arguably never compare.

But at a time when this shared experience holds potential dangers, and the comforts of home are more comforting than ever, the evolution of new models of entertainment are set to take advantage and prosper, while more traditional forms hold on to times gone by and look to the future of the ‘new normal’ in order to re-establish their industry. Time will tell how each changes with these unprecedented times, or whether the cinema faces a natural extinction as even more entertainment moves into the palm of our hand.

Featured Image courtesy of  Jake Hills via Unsplash. No changes made to this image.

In article image courtesy of disneyplusuk via Instagram. No changes made to this image.

In article image courtesy of Denise Jans via Unsplash. Image use license found here. No changes made to this image.

Should The Government Lock-Up University Students

Banning Materials From Anti-Capitalist Groups In Schools; A Form Of Censorship And A Move Towards Totalitarianism?