Nottingham Forest 1-2 Bristol City: Lamouchi On The Brink Of Exit 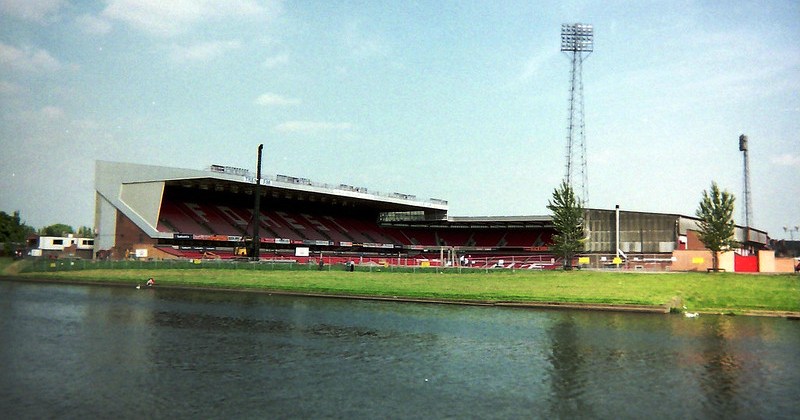 Nottingham Forest fell to a sixth consecutive league defeat following a battling 2-1 loss to Bristol City, despite showing the green shoots of recovery in a result that leaves Sabri Lamouchi clinging onto his managerial status by a thread.

For Sabri Lamouchi to remain in his post over twenty-four hours succeeding this latest defeat represents a significant change in direction for the Nottingham Forest board – such a shift in fortunes, however, did not manifest on the pitch. Indeed, any meaningful proactivity and enterprise was displayed by Bristol City, with two early first-half goals leaving Forest requiring a somewhat improbable comeback given recent form.

Lamouchi, compelled into judging the delicate balance between an untested defence and a misfiring attack, made two changes from Friday’s 1-0 defeat to Huddersfield.

The start of October marked exactly three months since Forest’s last competitive victory, with Lamouchi’s side able to defeat a 10-man Bristol City through a stunning free-kick from the recently-departed Tiago Silva. Forest retained only three starters from that July fixture, whilst Bristol City have replaced long-serving Head Coach Lee Johnson with the relatively untested Dean Holden.

Perhaps the early signs of Forest’s decline in performance were present that sweltering summer day, with Forest only able to muster three shots and 44% possession against a Bristol City side depleted by an Ashley Williams red card.

Lamouchi, compelled into judging the delicate balance between an untested defence and a misfiring attack, made two changes from Friday’s 1-0 defeat to Huddersfield. New recruit Nicolas Ioannou was drafted into the starting eleven post-haste, alongside bright Academy prospect Alex Mighten. The introductions almost combined to immediate effect, with an athletic Mighten header from Ioannou’s by-line cutback engaging an inspired Daniel Bentley into action.

However it was to be Bristol City that breached the deadlock – a swift counter-attack resulted from a cheap concession of possession by Tyler Blackett, enabling striker Chris Martin’s deflected cross to be swept into the bottom right-hand corner by Andreas Weimann.

Martin was to prove a thorn in Forest’s side once again, providing the assist for a Nahki Wells’ half-volley in the 22nd minute. Whilst Martin represents an unfashionable and at times ungainly striking option, with a pass success of just 69%, his ability to provide a platform for more skilful options to flourish cannot be underestimated, winning seven aerial duels compared to three across both Forest centre-backs.

A Forest reaction was required, and indeed happened, with City head coach Holden blaming an isolated incident of ‘switch[ing] off on a throw-in on the far side’ that shifted the momentum irrevocably into the home side’s favour. Luke Freeman, playing in a more natural attacking midfield position, was able to manufacture a shooting position approximately twenty-five yards from goal, firing a dipping drive that soared past even the magnificent Bentley – a strong early candidate for goal of the month.

Grabban’s profligate finishing, unable to convert any of five shots, coupled to Bentley’s superb shot-stopping, was a defining factor in the game’s outcome.

Emboldened by Freeman’s stunning strike, Forest began to create further chances, and Grabban was unlucky not to find an equaliser prior to a half-time that would have been welcomed by Bristol City. Grabban’s profligate finishing, unable to convert any of five shots, coupled to Bentley’s superb shot-stopping, was a defining factor in the game’s outcome – with Lyle Taylor yet to fully hit his stride as a Forest player, the central striking position remains a point of contention of Lamouchi, despite both player’s excellent Championship pedigree.

In the 59th minute, Grabban once more failed to hit the target from the ever-creative Luke Freeman’s cross, prompting Lamouchi to introduce Nuno Da Costa for Sammy Ameobi, who failed to impose any profound presence on the game – his enigmatic form continues. Da Costa, meanwhile, has since departed for Royal Excel Mouscron on a season-long loan deal.

A series of three high-quality Bentley saves were interspersed by a Forest double-substitution in the 67th minute, Lamouchi introducing Taylor alongside Samba Sow to replace Alex Mighten and Harry Arter. In contrast to Ameobi, Mighten at least disturbed the Robins’ backline, however did not possess the necessary quality to breakdown a stern five-man defence containing the likes of Alfie Mawson.

The final five minutes of normal time did at least contain extended spells of Forest pressure, most noticeably through Lyle Taylor dragging wide from close range, however Bristol City remained a threat on the counter-attack, with Brice Samba denying both Weimann and Antoine Semenyo the chance to kill off the game.

Aided by experienced substitutes Chris Brunt and Famara Diédhiou, Bristol City were able to extract maximum points from a performance that at times lacked flow but always maintained stability and togetherness. Such defensive coherence requires time to cultivate, particularly following a significant change in personnel, but with Forest entangled in such damaging form, time may be one property Lamouchi does not have.

Featured image used courtesy of alan feebery via Flickr. No changes were made to this image. Image use license here.

In article image 1 courtesy of @officialnffc via Instagram. No changes were made to this image.

In article image 2 courtesy of @officialnffc via Instagram. No changes were made to this image.