What do Michelle Obama and Jennifer Lopez have in common? Other than being fabulous, they both decided to wear just one colour from head to toe on the 20th January. If you were a powerful woman in America at the Inauguration, it is very likely that you chose to wear only one colour, with Kamala Harris, Jill Biden and Hillary Clinton among others also opting for the monochrome look.

Maybe the choice of purple was a symbol of unity, because if you mix red and blue together, you get purple

Although monochrome looks were seen in all colours of the rainbow, a purple ensemble seemed to be a popular choice as Kamala Harris, Michelle Obama and Hillary Clinton all chose to wear the hue. Joe Biden in his inauguration speech emphasised his desire to reunite the harsh divides throughout America, stating that ‘unity is the path forward’. One of the most notable divides in America is the Democrat vs Republican divide, with Democrats represented by the colour blue and Republicans by the colour red. Maybe the choice of purple was a symbol of unity, because if you mix red and blue together, you get purple. 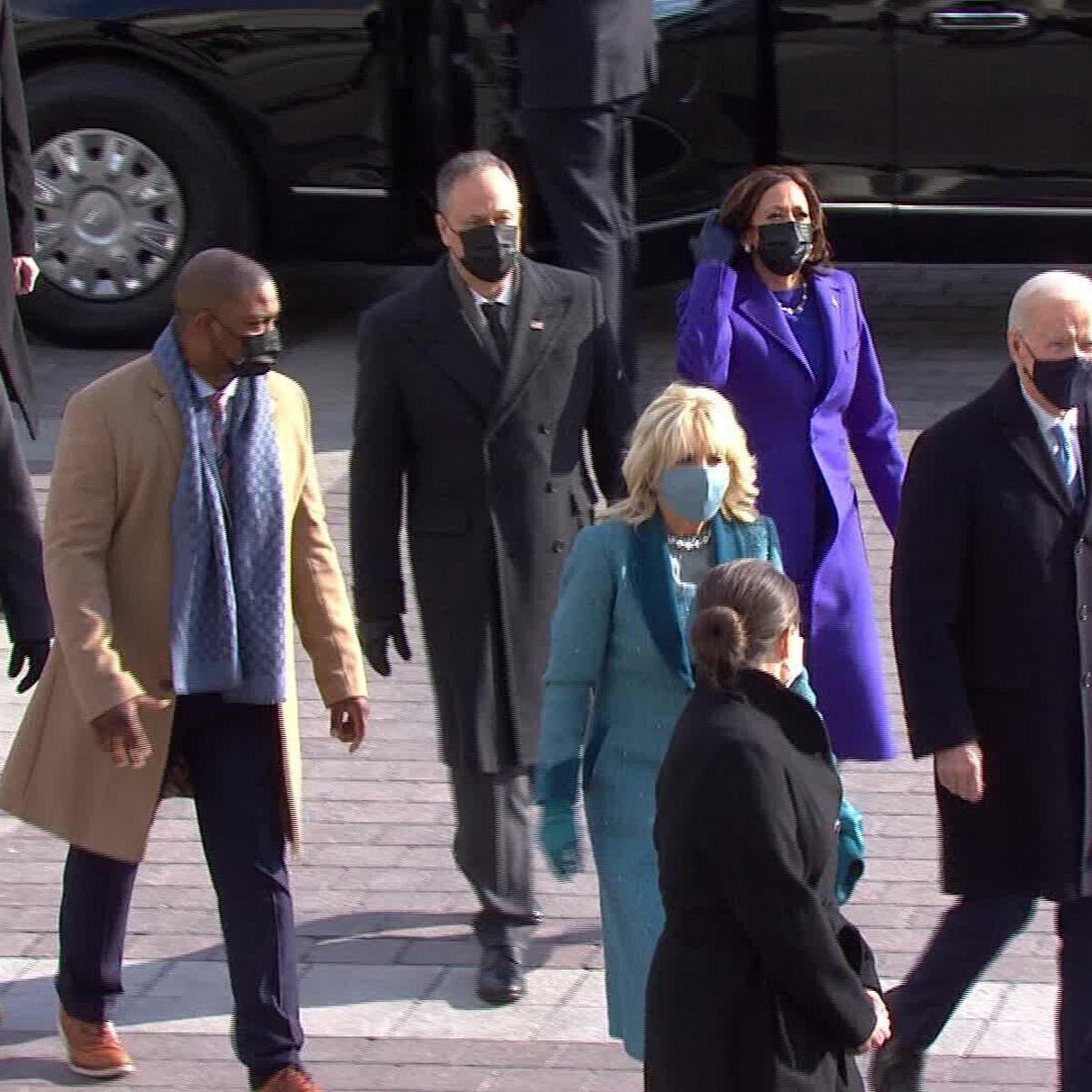 Other than its political neutrality, the choice of purple may have been a nod to the history of women in politics. Kamala Harris is the first woman ever to hold the position of Vice-President in the USA, making it a ground-breaking event for all women. In this historic moment, Harris, Obama and Clinton may have chosen to look back at those who first fought for women to have a place in the political sphere – the suffragettes. In the US, the suffragettes often wore purple whilst campaigning for the right to vote, making the colour tied with what is often considered the beginning of American women’s rights. Jennifer Lopez’s choice of all white may have also been a nod to the suffragettes.

But why just one colour? Well, Queen Elizabeth is a fan of wearing just one bright colour for quite a simple reason – to be seen

Professor Elka Stevens observed that Kamala Harris’s choice of purple may also be linked to the colour’s significance in the black community. Black designer Christopher John Rodgers was behind the striking ensemble, showing Harris’ support for young black creatives in her fashion choices. She also wore a pearl necklace in reference to the Alpha Kappa Alpha Sorority which is the oldest all-black sorority in the US. Pearls have become a symbol of her success, as hundreds of thousands of American women decided to wear pearls on 20th January in celebration of Harris.

But why just one colour? Well, Queen Elizabeth is a fan of wearing just one bright colour for quite a simple reason – to be seen. Sophie, Countess of Wessex stated that the Queen dresses to stand out so people who gather in crowds just to get a glimpse of her actually can. If she wore muted tones, she could quite easily be missed. This may be the approach taken by the likes of Jill Biden and Amanda Gorman who wore brighter colours.

Furthermore, wearing all one tone could be considered a “professional” look as it mimics the one colour suit. Carrie Goldberg suggested that it could be ‘a nod to the suiting we’ve become accustomed to seeing continuously on the political and world stage, with men historically dominating roles in public service’. So, this one colour look may be reminiscent of 1980s power suit.

I would argue that the monochrome outfit demonstrates a certain boldness – these purple ladies are no shrinking violets. It gives a clear message that they are there to be seen and to be taken seriously. The symbolism of wearing purple would not be presented as so significant if purple was just an element of the outfit rather than the main look. Moreover, the simplicity of the single colour gives the outfit a timeless effect, as this iconic moment will always be remembered.

Featured image courtesy of  @deckerme via Flickr. Image license here. No changes made to this image.

In-article image courtesy of  @flywithkamala via Twitter. No changes made to these images.

Women’s Freedom To Exercise During COVID-19