Should Disabilities Be Included In The Sims?

There has been growing online discourse about whether disabilities should be included in The Sims franchise. As a result, Alice asks, ‘For a game that represents life, shouldn’t The Sims represent all aspects of it?’

Issues remain with inclusion in the game, including the lack of representation of disabilities

When The Sims 4 launched in 2014, there were a lot of complaints about key features that were missing, such as pools, toddlers and colour wheels, which led to skin tones and hair colours being less customisable.  Since then, the game has completely transformed into becoming arguably the most inclusive instalment of the franchise. Updates have made Create-A-Sim more flexible regarding gender expression in 2016, and over 100 new skin colours have been added.

Whilst The Sims has come a long way from having 3 skin tones and only heterosexual marriages in The Sims 1, issues remain with inclusion in the game, including the lack of representation of disabilities.

On social media, The Sims community are very outspoken about what they want from The Sims 4; especially when it comes to making the game more inclusive. Because The Sims 4 was released in 2014, when sites like YouTube became extremely popular, there are a lot of videos about how inclusivity could be improved. Consequently, the Sims Team has been able to gain direct feedback that wasn’t possible with previous games.

Videos have also been made about including disabilities in the game by EnglishSimmer and YouTuber Jessica Kellgren-Fozard, who has disabilities and lives with chronic illness. She points out in her video (‘Why The Sims Needs Disabilities’) that a large percentage of the world’s population has some kind of disability. The World Health Organization estimates that around 15% (over 1 billion people) live with a disability. If disabilities are a part of so many lives, why aren’t they included in a life simulation?

Currently, the only way to have disabilities in The Sims 4 is to download mods. In The English Simmer’s video, ‘My most used mods for disabilities in The Sims 4’, she showcases different disability mods. The mods include Create-A-Sim items like prosthetics, hearing aids and cochlear implants. There is also a cane and wheelchair mod available, but the animation is far from perfect, and when using a wheelchair, Sims must wear helmets. 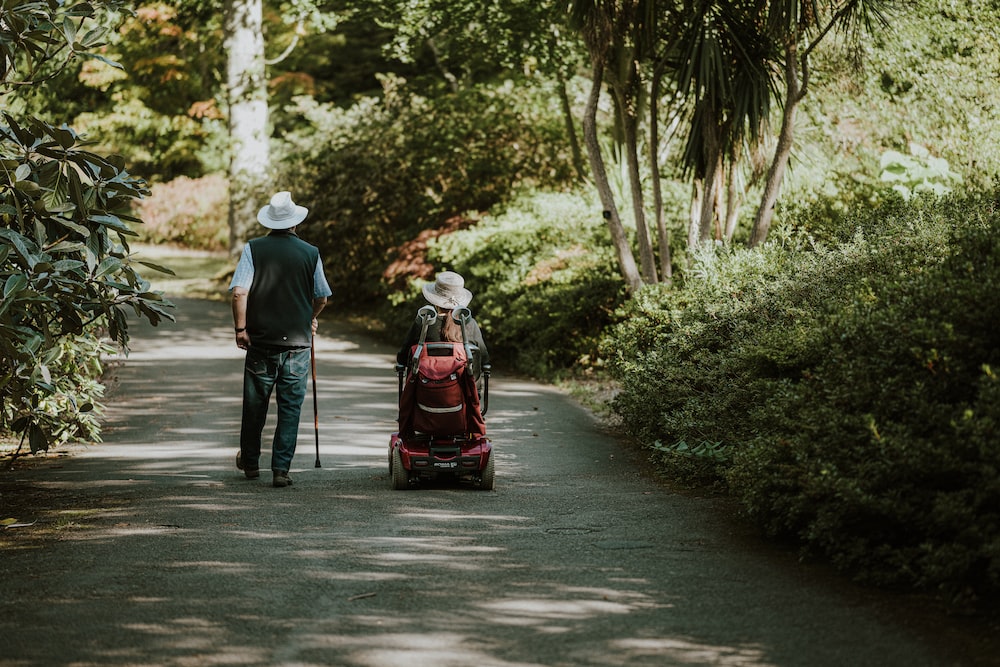 Although the CAS items seem to be an easy fix, (as they don’t interfere with gameplay) the wheelchair mod emphasises the practical issues with including disabilities. It would mean that changes to pre-made lots would have to be made to include things like ramps for wheelchair users (and if you count the worlds that come with expansion packs, that’s a large number of lots that need to be modified).

The Sims team would have to program new animations for Sims with wheelchairs or canes. They would also have to consider how these Sims’ disabilities would affect gameplay and how they interact with various objects. For example, Sims who have disabilities that affect mobility may not be able to do certain activities such as using a treadmill. This isn’t even considering how non-visible disabilities, such as mental health conditions, learning disabilities or autism spectrum disorder would be portrayed.

However, as Jessica Kellgren-Fozard points out, elders could use canes in The Sims 3 Generations, so why can’t it be implemented in The Sims 4 (or 5) for all ages? On top of this, if there are already disability mods available, then it means that professional gaming programmers could at least attempt it.

The Sims has always featured multiple life states like witches, vampires, werewolves, fairies, aliens, and Plant Sims. The simulation game also includes various personality traits which affect gameplay and how a Sim interacts with the world. With this in mind, including disabilities shouldn’t be harder to program than what is already in the game. More importantly, not implementing it because it would be too much effort to make is sending the wrong message to disabled players.

Representation is important, especially in a game that is meant to represent people. People with disabilities are already underrepresented in the media, making up just 1.6% of speaking characters in US films. To not include disabilities at all would be excluding a large group of people who would be unable to recreate themselves in the game, which is the whole point of The Sims for many players.

Media representation, including in video games, affects how we see other people and how we see ourselves.  It is often the cause of negative stereotypes. A positive portrayal of people with disabilities would increase awareness and educate players, whilst making them feel seen and included. Ultimately, besides the ethical reasons to include disabilities, any addition to the game that makes it more realistic and adds more gameplay potential can only be positive.

Of course, this addition to The Sims needs to be handled respectfully. Adding disabilities to a pack or a new gimmick would be exploiting and capitalising on the need for people to be represented. Whilst it seems unlikely that this will be added to The Sims 4 over 7 years after its launch, there could be potential for The Sims 5 where (hopefully) everyone will be included right from the beginning.

Featured Image courtesy of SimsTime via Flickr. Image license found here. No changes were made to this image.

In-article video 1 courtesy of @JessicaKellgren-Fozard via youtube.com. No changes were made to this video.

In-article image 1 courtesy of Annie Spratt via Unsplash. Image license found here. No changes were made to this image.

In-article image 2 courtesy of Daria Paterek. Permission for use granted to Impact directly by the artist. No changes were made to this image.

In-article image 3 courtesy of Jonathan Elliott via Unsplash. Image license found here. No changes were made to this image.