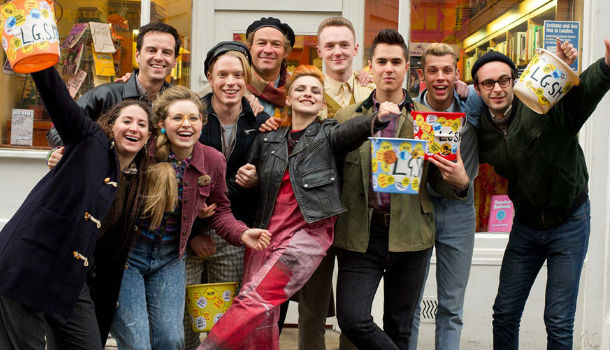 Much like The Full Monty or Billy Elliot, the tone and depth of Pride is simplistic in its historical analysis and triumphalist in its conclusions, but it is a well-crafted, beautifully acted, infectiously heartwarming tale, and it works a treat.

It’s 1984 and the Miner’s Strike is in full effect. Gay rights activist Mark Ashton (Ben Schnetzer) starts a fundraising initiative called Lesbians and Gays Support the Miners. The organisation then picks a small mining town in Wales as its specific beneficiary. Before long, LGSM are their largest sponsor and so receive an invitation to visit the quiet community of Ollwyn. Thus begins a tale of solidarity, tensions, and a struggle for understanding. 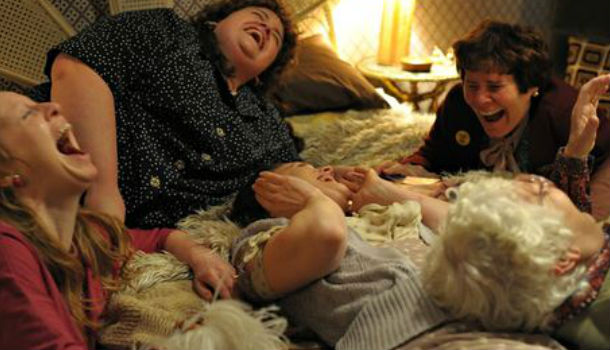 Firstly, a word must be said on the cast.

Bill Nighy, Paddy Considine, Imelda Staunton, Andrew Scott, and Dominic West live up to their big name status, with a collection of entirely natural performances full of energy and heart. Nighy and Staunton are particularly perfect when sharing a moving scene while making sandwiches, while Considine’s Dai is a sweet and charming beacon of tolerance and true socialism. The less well-known Jessica Gunning certainly holds her own. In fact, as the feisty activist Sian (based on Labour MP Sian James), it’s a shame she’s not given higher billing. West is on top form as the flamboyant but dignified bastion of anarchy, and he and Scott make a completely convincing couple. Even Scott’s wavering Irish-Welsh accent is forgivable given the strength of his quiet, considered performance – a welcome departure from his scenery chewing in Sherlock.

Indeed, there are no hammy performances in this film. All are intricate and well-rounded, and, as such, one of the strongest aspects of Pride is its representation of gay and lesbian characters. Unlike many similarly well-intentioned films, this one refuses to play ‘gay’ or ‘straight’, creating personalities who are not defined simply by their sexualities. Many must be congratulated on their mature and dignified characterisation, while the entire ensemble gives a genuine credibility to their roles. Hopefully, we’ll one day live in a world where recognition for playing people as people – without resorting to crude stereotypes of sexual orientation – will not be necessary. 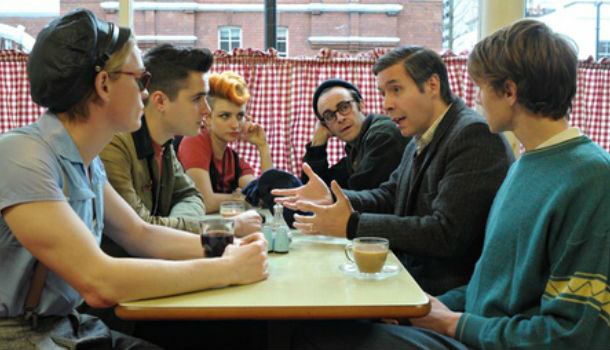 Unfortunately, while playwright Stephen Beresford’s script is very good at referencing tensions and complexities within the social and historical narrative – such as the impact of the AIDS crisis, the role of the press, the fractions between miners, the fractions between lesbian and gay activists, etc. – the coverage of these aspects is slim and simplified, more nods than nuance.

Though Marsay, Monica Dolan and Rhodri Meilir (of My Family fame) do their best to incorporate issues of lesbian identity, discovery of family members’ sexuality, and fears of mining factions into their performances respectively, they’re not given enough from the material to rightfully depict their characters’ struggles. Ashton’s estrangement from the group is overlooked and used as a clumsy foreshadowing device for his tragic early death (which isn’t in the film), and Joe (George MacKay) is too boring and flimsily developed to make him sympathetic. 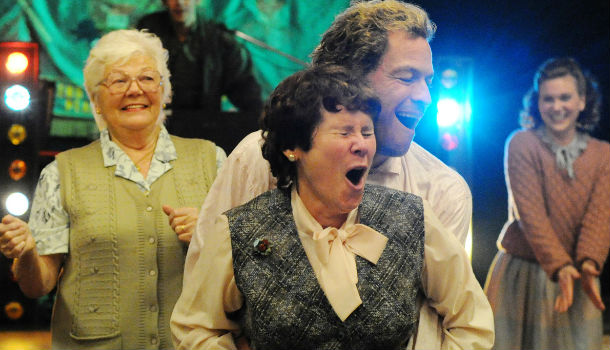 However, the film is admirable for its failures, rather than becoming offensive or glib. Its sometimes-unsuccessful attempts to include all the issues suggest its ambition is simply too large, rather than implying a lack of knowledge or creative investment. Furthermore, the film is not billing itself as an historical record – many of its characters are composites or appropriations of real people, and the aim of the film is to deliver an uplifting finale, free from the bittersweet reality.

Pride may be broad, populist and overly positive, but it is deservedly acclaimed, exceptionally pitched, and stunningly performed, leaving an emotional swell in the chest that is difficult to shift or deny.