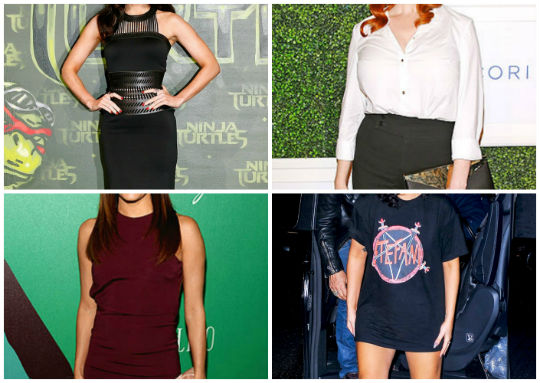 Impact Style takes a look at the best and worst celebrity fashion had to offer this week. 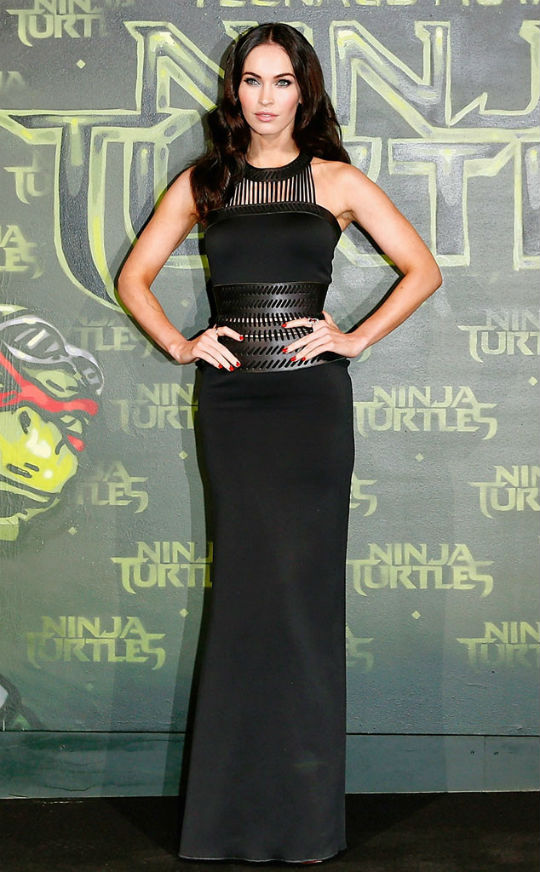 Megan Fox took some time away from the public sphere to make babies and concentrate on her home life but she’s back at the Teenage Mutant Ninja Turtles premiere and giving a whole new definition to yummy mummy in this David Koma dress. The leather detail and the metal midsection are very on trend with similar versions by Balmain last season. 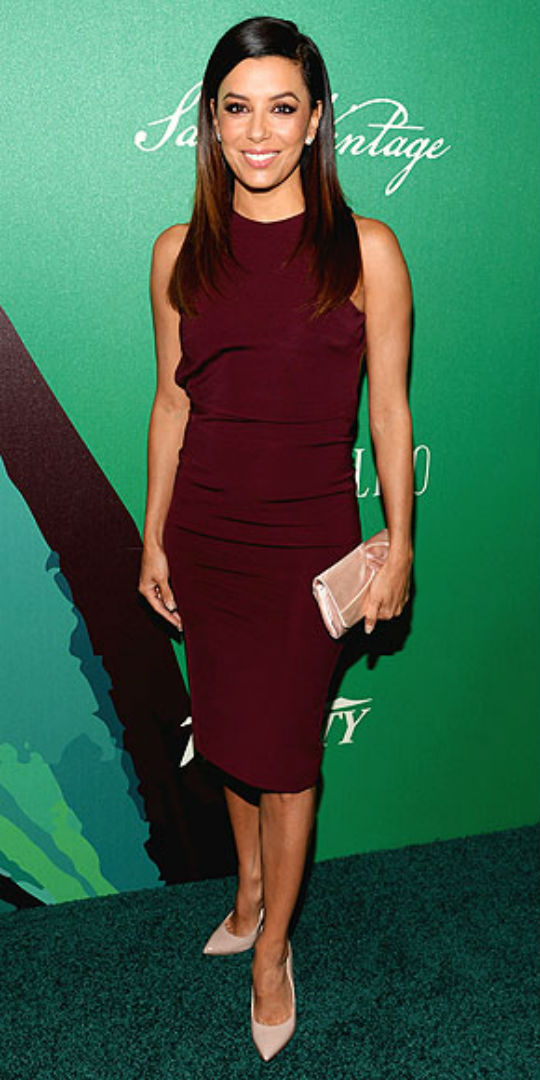 Eva Longoria looks stunning in this rich maroon dress for the Variety Power of Women Luncheon. She keeps it sleek and simple with a nude clutch and matching heels, showing us that you can look fab and still do the world some good. 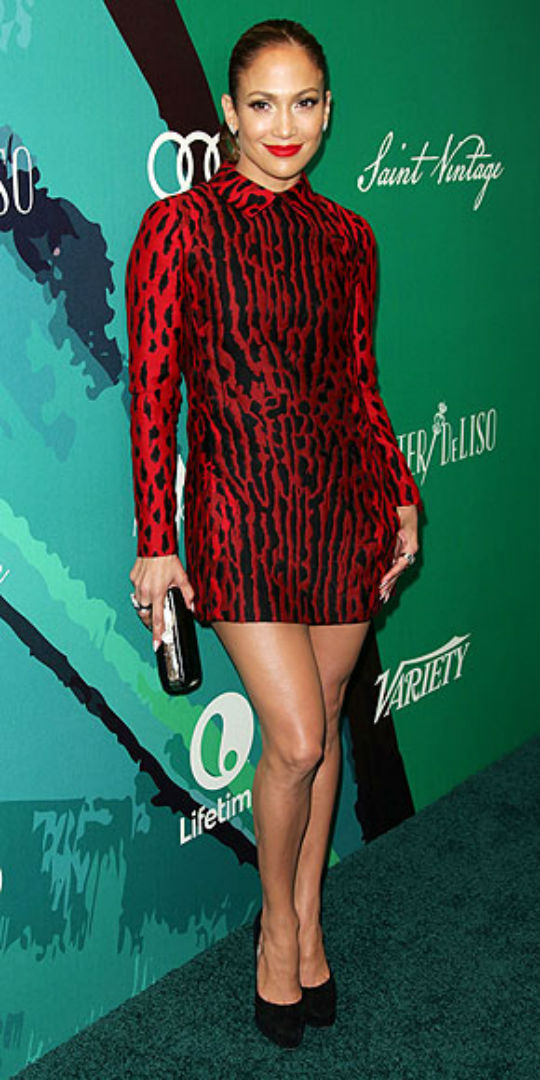 J-Lo takes us back to her roots in this two-tone red leopard print mini dress. Paired with matching red lipstick and a chic black clutch and heels, J.Lo makes two things clear. 1. She’s an old pro on the red carpet and 2. She’s looking better than some girls half her age. 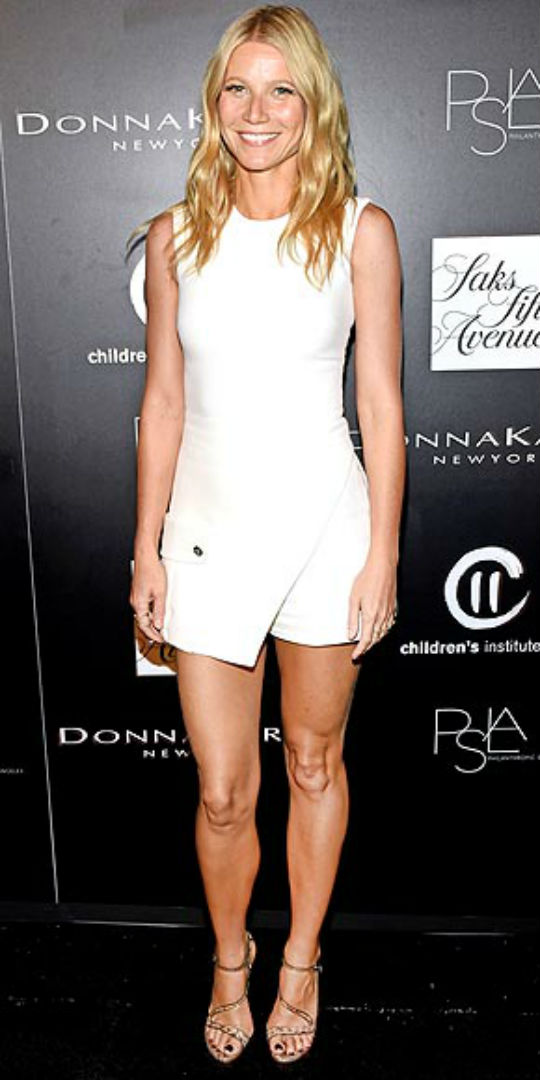 Gwyneth Paltrow knows to stick with what works best, and proves it here in this white Versace mini dress. It’s a little summery for the upcoming winter season but when you’re on to a winning formula and you look this good, it’s easy to let a few things slide. 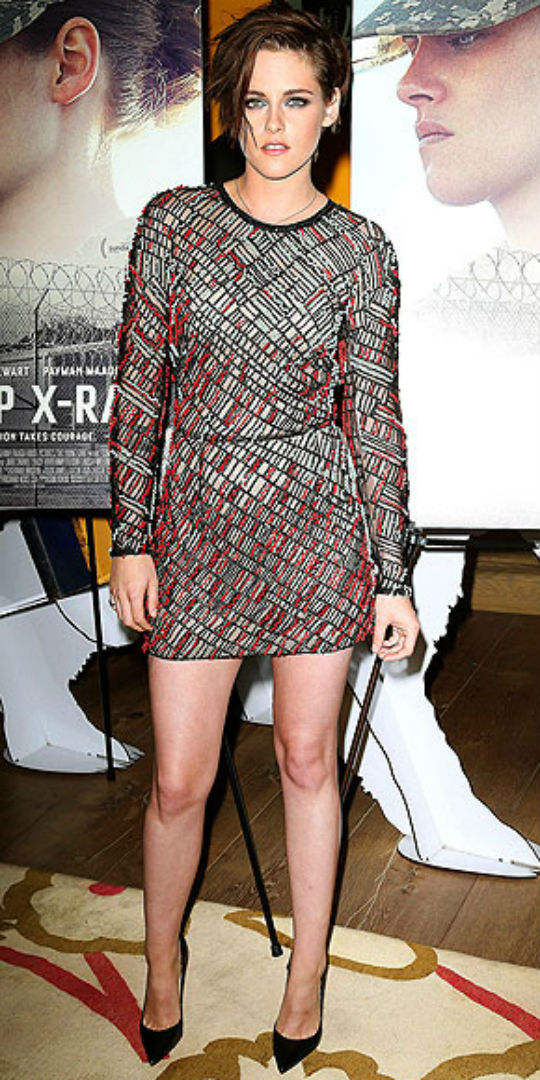 Kristen Stewart has always been a fan of the off-kilter and topped many worst dressed lists because of it (Converse on the Red Carpet anyone?) but she’s proven her style credentials in this J. Mendel mini with its colourful beading and slightly see-through detail. Teamed with an edgy and appropriate smoky eye, Kristen knows how to be red-carpet ready. 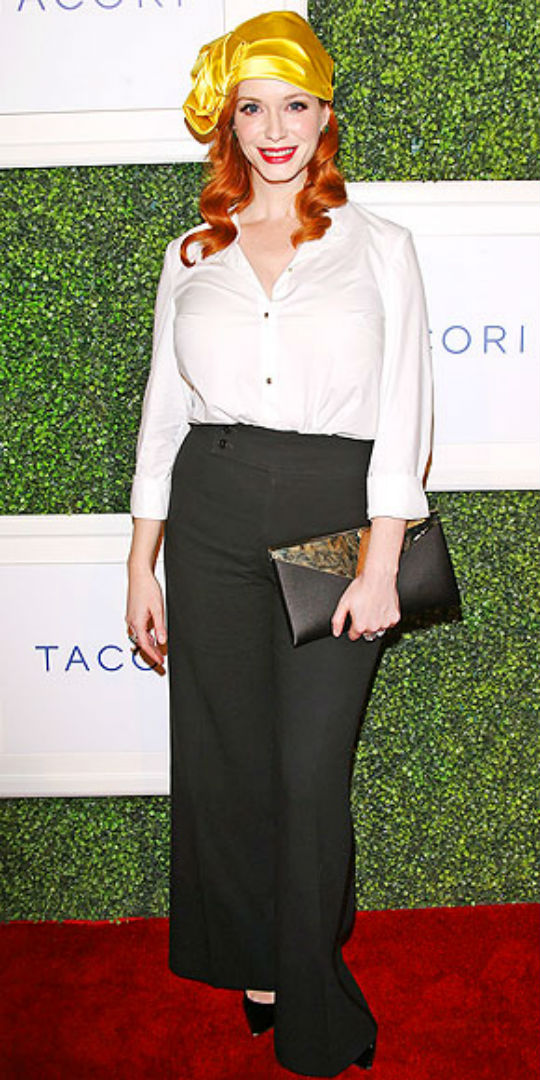 Christina Hendricks gets three points for the idea of office wear: it’s a timeless look that can works on anyone. However, she quickly loses three for the unkempt mess of the outfit, and then she loses a few million more for the offensively bright yellow headscarf that does absolutely nothing for her. 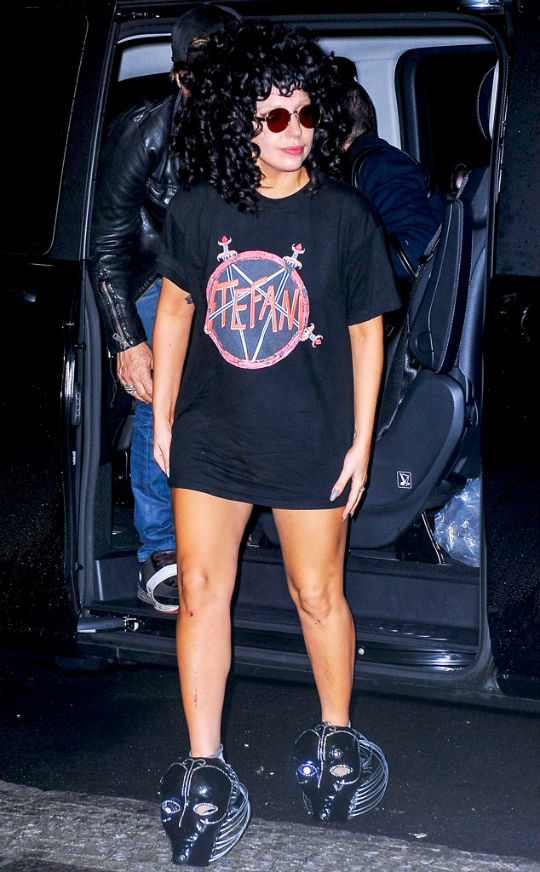 We’ve become accustomed to the wackiness of Lady Gaga’s outfits. We’ve seen meat dresses, coconut bikinis and everything in between but this outfit gets a mention because of the genuine weirdness of the wig and the shoes. She’s crossing her pop culture references in this outfit and it does her no favours. 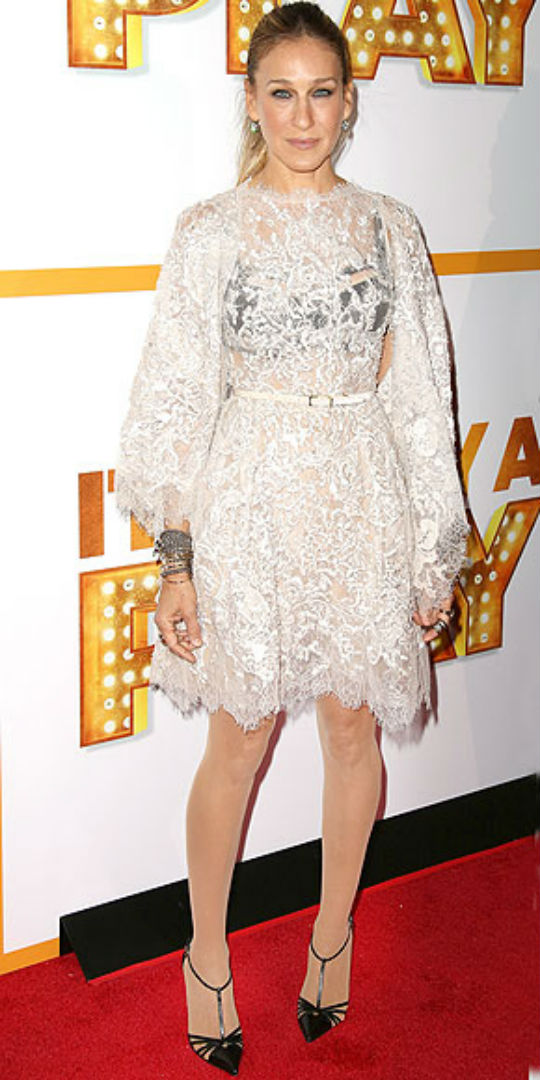 SJP’s Elie Saab dress looks better placed in church than the premiere of her husband’s play on a glitzy NYC night. This ethereal-looking lace white dress might work as a cutesy day dress but lacks any of the wow factor that we typically associate with SJP. 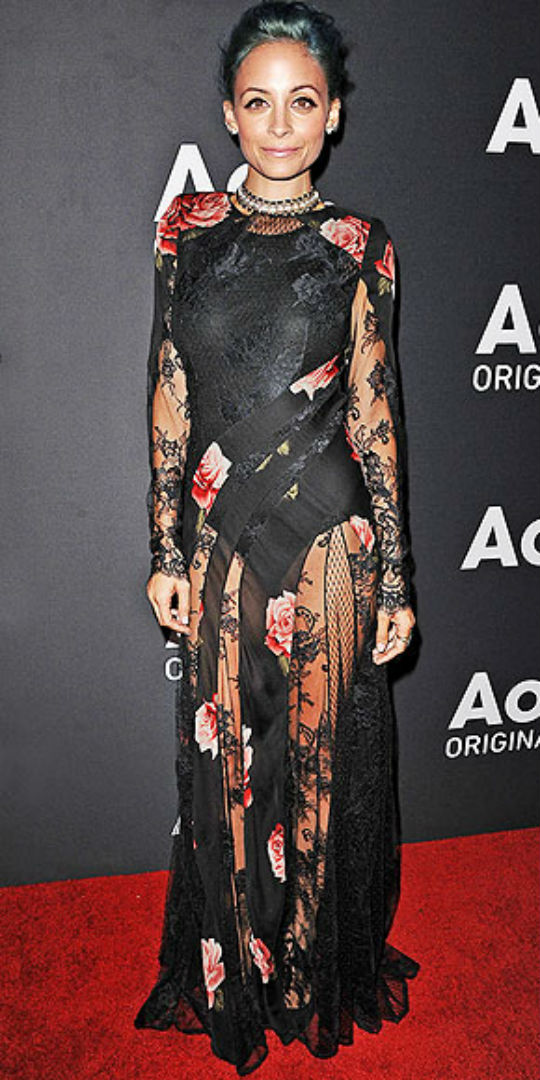 Nicole Richie’s black Blumarine gown looks like the combination of three very different, very gothic outfits, which is on-trend for this time of year but this unworkable combination teamed with mismatched hair and makeup say more Halloween gone wrong than AOL event in LA. 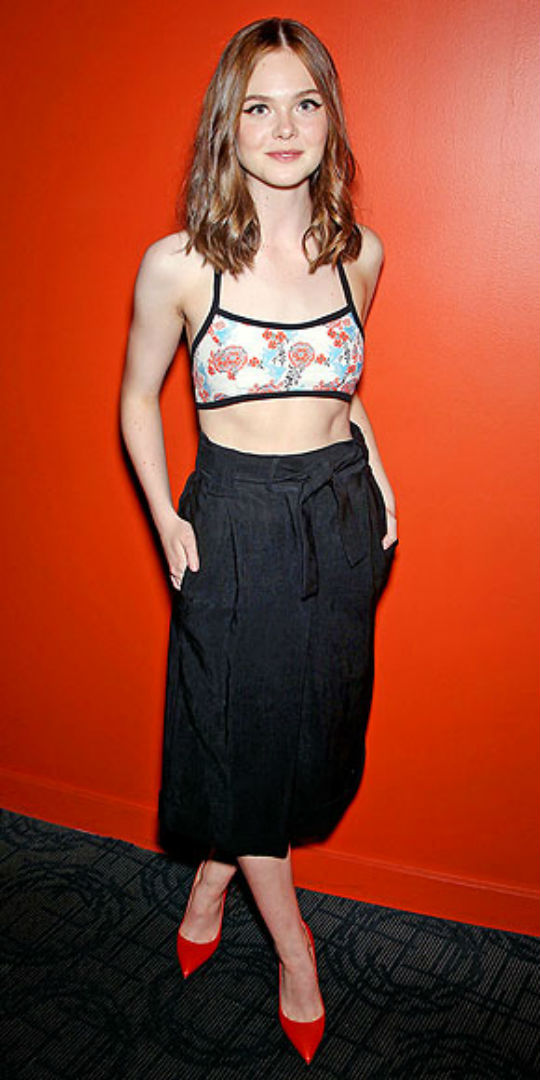 Elle Fanning quickly stepped out of her sister’s limelight with her quirky fashion sense; however, Elle might have gotten it wrong in this ensemble. She teams a printed bralet with a very rumpled looking high-waisted skirt that looks as though it belongs in her mother’s wardrobe.