Wondering how weird and wacky Halloween festivities can get around the world? Here are our top seven countries with the strangest traditions that give the simple British Trick or Treat a run for its money.

If you’re partial to a ghost feasting on a specially prepared gourmet dinner, head to Italy. In the south you’ll find feasts that are prepared and left for departed relatives, while the living venture to church. Not only is the food left eerily solitary, but the Italians also believe that the houses must be left unlocked and open, in order for the spirits to easily access the feasts that await them. Let’s just hope there’s no mischievous spirits and/or burglars about.

Czech tradition sees its natives create an uber-freaky phenomenon regarding the death of their loved ones. Should you step into a local’s house, a spectacle of chairs will greet you. The idea behind this is that for each family’s deceased loved one, a chair is placed by the fireplace for their spirit to sit upon. You’d certainly think twice about trick or treating in these neighbourhoods. 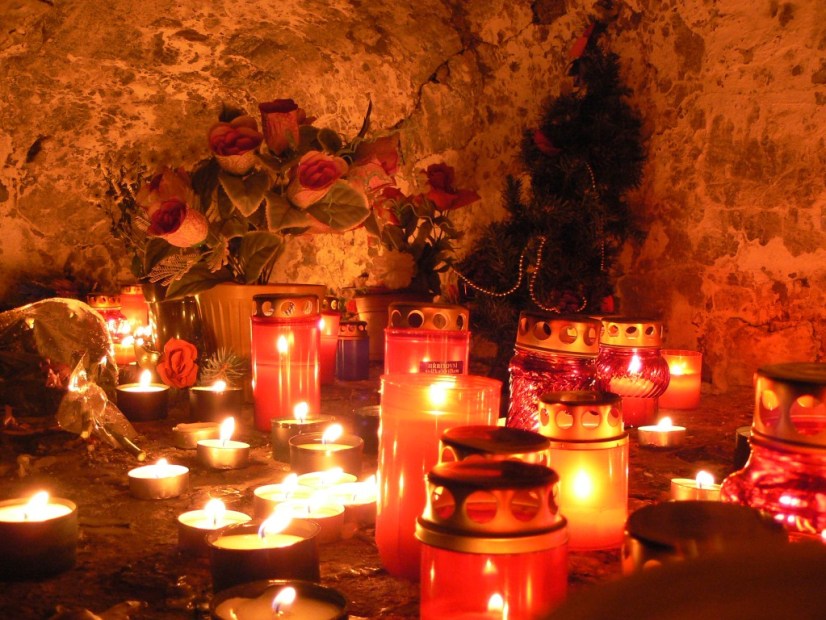 At number five we travel to the Welsh and Celts, who believe that their dead relatives revisit them upon the night of the 31st of October. It’s customary for locals to wear costumes and masks in order to appear unrecognisable to their visitors… I can’t make up my mind if this is wholly unnerving, or slightly upsetting that dead relatives are searching for their long lost families.

In the Philippines, Halloween (known more locally as ‘Pangangaluluwa’), sees its children travel from door to door in search of goodies such as food, money and sweets. Rather similar to us Brits actually. However, it’s no trick or treat surprise… these children offer a simple song to the waiting friendly face, saving any souls stuck in limbo in the hope that they will pass into heaven. Cute? Or horror story-esque? You decide.

In at three is ‘Yue Lan’. Celebrated in Hong Kong and appearing on the surface as a joyous occasion of festivity, celebrating the lives of the deceased. However, the locals burn pictures of fruit or money. The general gist is that in burning the image, the item will find its way into the other world, bringing comfort to the spirits, especially those that are more angry and unsettled. Make of it what you will.

The Mexicans in their usual extravagant manner celebrate the ‘Day of the Dead,’ or ‘Dio de los Muertos’ from the 31st of October to the 2nd of November, obviously because fiestas do not just last one day. It is considered one of the most important celebrations of the year and is increasing in popularity. The celebration remembers all of the dead, including an elaborate expansion upon their mourning practice. This is where it gets weird… The day is seen to give the dead time to live again, and anyone who fails to participate is frowned upon for abandoning their lost relatives. Festivities include spectacular sand tapestries, offerings at the altar, cleaning and decorating graves, all-night grave vigils, stories about the deceased, and the making and exchanging of sugar skulls. 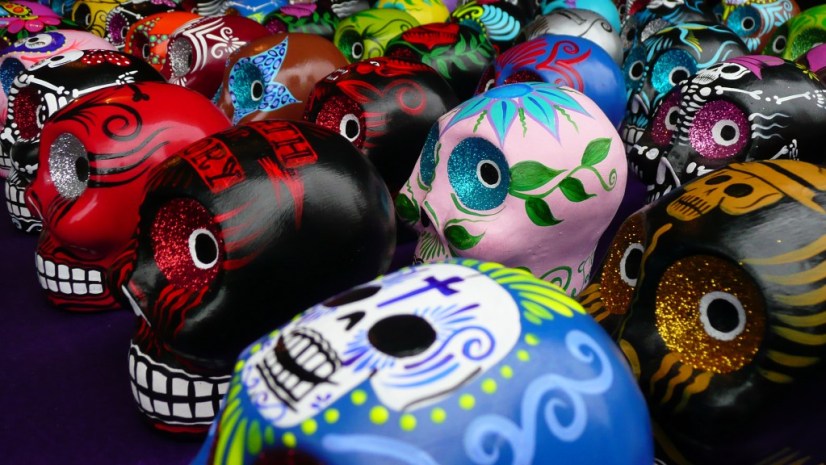 At number one is perhaps a less elaborate celebration than here in the UK, but these guys take horror film reality to a whole new level. The Germans believe that the spirits gather at their houses upon Halloween. This isn’t the weird part. They hide all of their knives in order to protect themselves from any malicious spirits. They believe any knives left out will lead to the harming of one of the household…could this be the plot for a new horror film?