Trailer Watch – The Theory of Everything 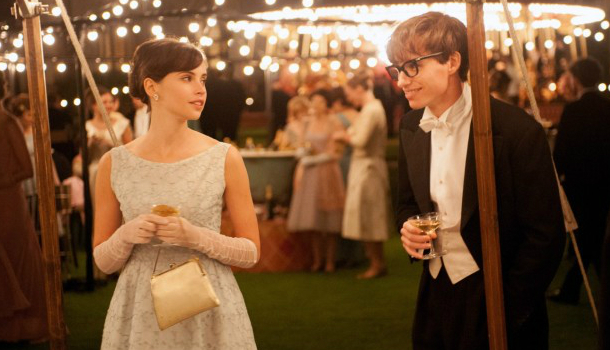 “I study the marriage of space and time” is an apt way to introduce this biopic on the incredible story of one of the world’s most renowned minds: Stephen Hawking.

Eddie Redmayne takes the lead role and, although perhaps a surprise casting decision, he delivers a convincing portrayal of a young, struggling Hawking, evident in this trailer.

The Theory of Everything appears to be focused more on Hawking’s relationship with Jane Hawking, whereas the BBC’s 2004 adaptation more prominently presented the effects Stephen’s motor neuron disease has on all aspects of his life.

Some may question this love story focus, but it is a new perspective on Stephen Hawking as a person, as often the emphasis is on Hawking-the-scientist rather than his personal life. Considering the film is based upon the memoir Travelling to Infinity: My Life with Stephen written by Jane Hawking, this focus should also come as no surprise.

With an uplifting soundtrack and quotes focusing on Hawking’s achievements being selected, this looks set to be an inspiring tale of triumph over adversity, and an interesting exploration into Stephen Hawking’s professional and personal history.

The Theory of Everything will open in the UK on January 1st 2015.