Watch This If…You Miss the ’90s 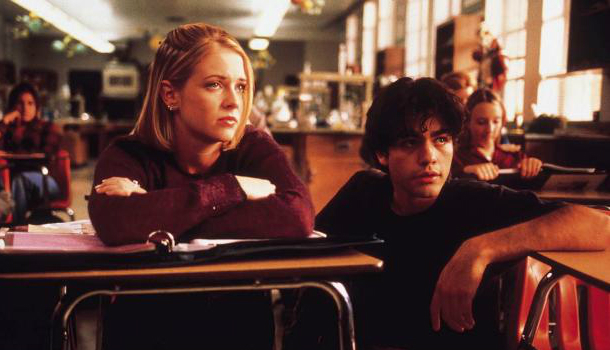 At one point or another, we all miss classic 90’s paraphernalia, from rom coms like Clueless, inflatable sofas and the original, not-so-terrifying Ferby. The 1990s were an era that is highly reminisced, particularly by those born within the decade. Now it seems we just cannot cushion in uncomfortable furniture, odd toys or comfortably cheesy teen comedies anymore.

10 Things I Hate About You (1999) was the cinematic peak of the period of cheesy pictures, debuting Joseph Gordon-Levitt as a doe-eyed cutie in love with that stereotypical stuck-up girl who doesn’t know he exists, and of course a broodingly handsome Heath Ledger. In the same year, Drive Me Crazy was released, so if you’re looking for a new 90’s classic that you somehow overlooked, or maybe you’re just eager to get back to crop top loving, carefree time, this might be the movie for you. 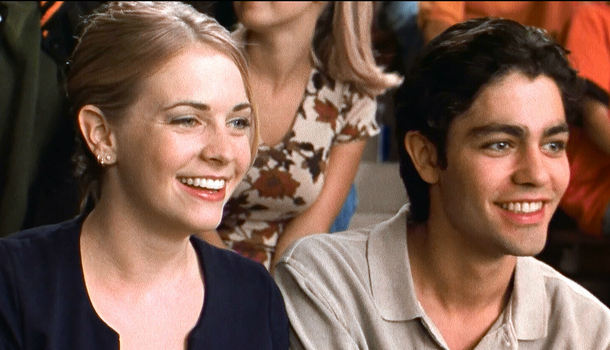 The best thing about this movie is its beautiful collection of 90’s characters, music and merchandise. It also stars a common idol for those of who born in the ’90s: Melissa Joan Hart (who apparently doesn’t age?), during which she played everyone’s favourite titular, moody, sassy, teenage enchantress in Sabrina, the Teenage Witch (1996-2003).

Then in this 1999 flick, Melissa played Nicole Marris, that ‘too popular for you’ girl who uses her geeky next door neighbour Chase (Adrian Grenier) as a prom date after she was rejected by her first choice (the basketball playing heartthrob, obviously).

Both Chase and Nicole want to make their exes jealous and so join together – an unlikely team of beauty and the geek – to become the cutest couple in high school. It’s so perfect. Exactly what you would want in a 90’s rom com, Drive Me Crazy has a bitchy high school girl who eventually sees the error in her ways, a cute floppy haired boy, and an unlikely romance. 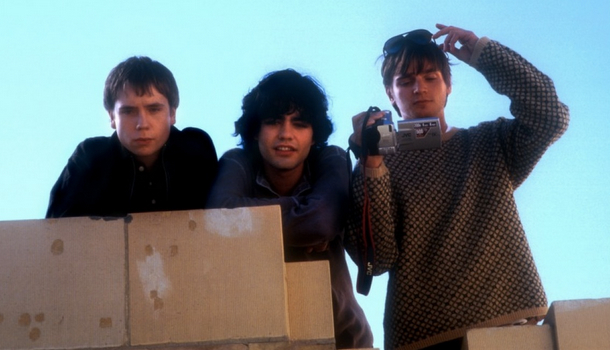 The soundtrack too is excellent. The film’s name was changed to Drive Me Crazy specifically because of the popularity of Britney Spears’ song “(You Drive Me) Crazy” earlier in the year (try getting that track out of your head now). Not only does it feature classic Britney, it also boasts a range of cheesy pop songs from Steps and “I Want It That Way” by the Backstreet Boys.

Personally, my favourite scenes in Drive Me Crazy feature the ludicrously desirable ’90s iconography such as inflatable sofas. While they may have been super uncomfortable and wildly impractical in retrospect, one would probably be an ideal resting place during your time watching this film.

Of course, Nicole also uses a landline throughout, sitting on her bed gossiping and chatting to Chase about their evil plans, and the ‘nerds’ of the school even use these huge chunky computers with pixelated screen, and the list could go on. In 2014, these things are ones we look back on as if we were deprived in the past, but honestly really do miss their relative modesty. Ah, things were so much simpler back then… 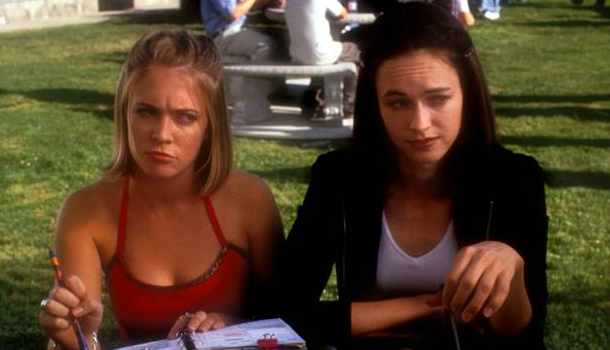 The onscreen chemistry of Nicole and Chase will get anyone feeling sentimental, though the cutesy playful romance doesn’t make the film too serious, so it’s perfect viewing any night of the week. The ’90s were a time where no teen flick protagonist took themselves too sincerely, and even Nicole and Chase just laugh at their awkward arrangements.

As we conclude, who doesn’t love a film that ends with a prom? The paper decorations and ridiculously expensive lights just make all of us wonder why we couldn’t have grown up in a positively uplifting Hollywood fantasy. Not only does this film allow us to reminisce about the ’90s, but relive our own disappointing experiences of school, and particularly prom too.

So if you’re in need of a film that you doesn’t require a great amount of concentration, and you’re yearning for some nostalgia as you miss the beautiful 1990s, then watch Drive Me Crazy and be transported back. This film truly is for everyone.

Drive Me Crazy is currently streaming on Netflix in the UK, and physical copies of the DVD can be purchased through online sellers such as Amazon and eBay.