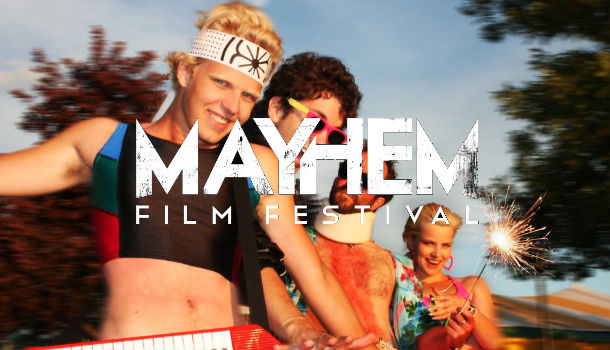 Short films are not something people get overly excited about, are they? It was puzzling, then, to enter the cinema on the opening night of Mayhem’s tenth film festival and see the anticipation on the audience’s faces; it felt like an event. And they kept laughing and talking animatedly about something called BioCop. Then co-curator Chris Cooke clambered onto the stage grinning like an excited child and introduced Matt, Conor and Adam from Astron-6: a Canadian production company that make both genre-based shorts and feature films for zero budget. They answered questions, the audience laughed, the lights went down and we watched.

The films that followed were like a career retrospective: a selection of shorts made over the past several years. The best was one of the shortest: the first episode of a new web series, Divorced Dad, in which said Dad co-hosts a PBS chat show for separated fathers with no purpose in their lives. The inept camera-work, the distracting screen-wipes and horrible acting made it hilarious to watch – if only more episodes had been filmed.

Cool Guys was a close favourite: a 30 minute film about three ‘guys’ who decide to be ‘cool’ by picking up ‘babes’ on the beach. Eventually their partying gets out of hand and they have to deal with a murder cover-up while preparing for a talent show! Astron-6 can’t afford professional actors so in most of the films the crew took the main roles; we were watching Cool Guys with the cool guys themselves.

The pièce de résistance, the trailer for the fictional film BioCop, about a mutated policeman who cannot die, was quick, smart and full of such emotional one-liners as ‘Why am I alive?!’ and ‘Please kill me’. It emphasized Astron-6’s already overt nostalgia for the kind of 80s B-movies that look as though they’d been filmed on home video camcorders (and budgetary restrictions meant that BioCop probably was). 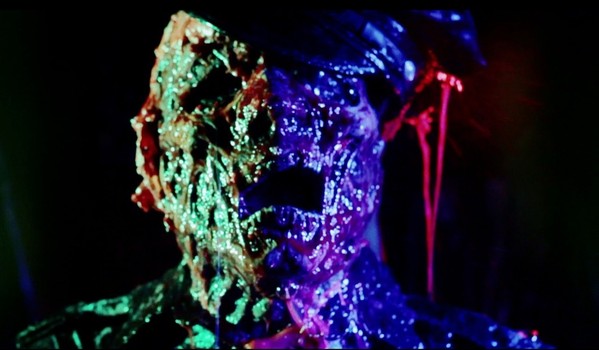 In Goreblade, fantasy adventure films were parodied to the hilt as the story of a warrior destined to shoot the breeze with his friends, browse internet chat sites and defeat giant eyeballs was brought to the big screen in 60-second segments throughout the showcase. Other shorts included Fireman, Inferno of the Dead, and the down to earth pleasantries of Lazer Ghosts 2: Return to Lazer Cove.

A great start to the festival and a great introduction to Astron-6, who continue to make waves in their ironic B-movie nostalgia niche. Next up was Mayhem’s screening of Astron-6’s third full-length feature The Editor (a review of which can be found here).