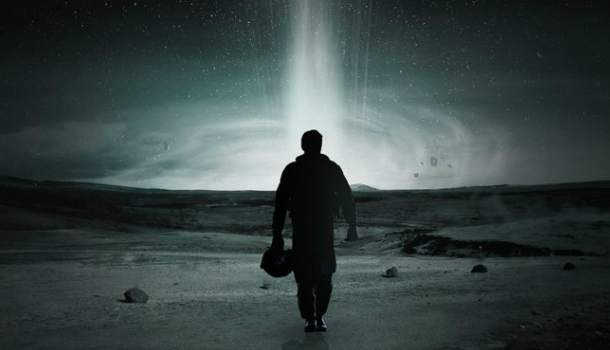 In anticipation for Christopher Nolan’s wormhole wandering in his pioneering sci-fi epic Interstellar, our writers have united on a voyage to discover some of the most ambitious films ever to have been made. 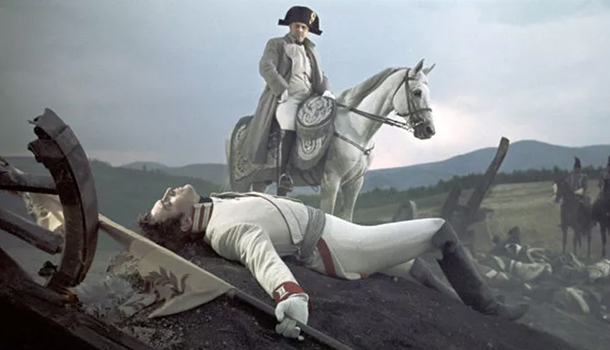 The production notes for the 1967 Best Foreign Language Picture winner, War and Peace (or Voyna i Mir for Russian language speakers), reads like a recipe for ambition: seven hours long; seven years in the making; on release, the most expensive Soviet production ever; and 12,000 extras borrowed from the Russian army for the jaw dropping and expansive battle sequences.

An endurance test, arguably, it nonetheless remains a sumptuous experience, with a thousand production artists and designers slavishly recreating the Napoleonic wars. The director also appears as one of the main characters, unsurprisingly pushing himself into two heart attacks during production in the quest to create one of the landmarks of international cinema.

He succeeded, was recognised at the time and then virtually faded with the film into forgotten history. Worth checking out? Yes. Ambitious? Undoubtedly so…

Made in ’68, William Greaves’ infamous experimental documentary pushes the boundaries not just of cinema, but also of simplistic, concise written synopses. Greaves was attempting to present reality absolutely as it was, but of course the presence of cameras hinders naturalism to a great distorting degree. His solution? Film it all. Everything.

Recording a cast of actors in Central Park auditioning for a role, Greaves hired three film crews, one to focus on the actors, directed by himself, another filming him directing the first, and a third to film everything that occurs in both scenarios and more, including random passers-by. 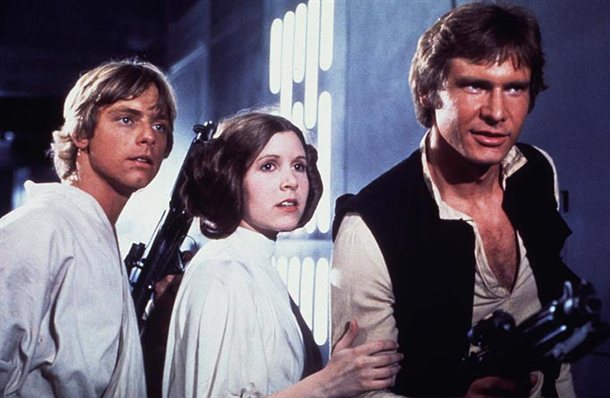 Released in 1977, Star Wars is one of the largest box office surprises in cinema. In the 1970s, science fiction was a down market genre. There was no audience for it, and 20th Century Fox didn’t know how to market the film, losing faith when the first trailer received negative feedback.

Add all of this pressure to the use of untested special effects that pushed back filming while they were in development, and it did not look good for Star Wars. With a production budget of $11 million, the New Hollywood blockbuster would surprise all, going on to make $775 million worldwide, with a withstanding story that holds up today.

Launching a franchise that is now worth $4 billion, Star Wars is a leader in pop culture, and has inspired five sequels with a brand new trilogy coming next December. Star Wars has become timeless, and shows no signs of slowing down. 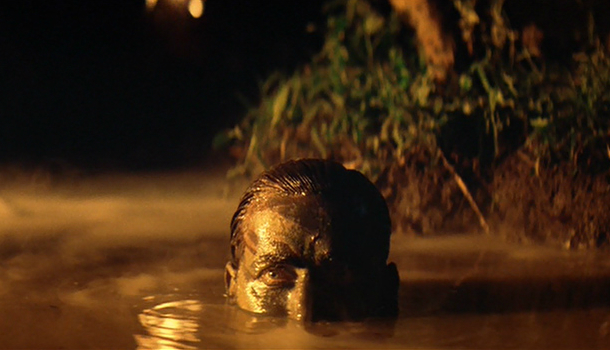 “My film…is not about Vietnam. It is Vietnam.” – director Francis Ford Coppola.

Despite the technical equipment and budget being almost as large as Apocalypse Now‘s subject matter, both were threatened redundant when paralleled with the director’s vision.

The ferocity of Coppola’s will steered this Titanic of a film through many icebergs, famously including Marlon Brando arriving overweight just prior to shooting, countless sets destroyed by the weather, Martin Sheen’s heart attack and over six hours of eventual footage that had to be edited down.

Yet it was the artistic side of Coppola’s determination that elevated this film to classic status. As a result of such ambition, no detail was left to chance, hence why Apocalypse Now spent over ten years in the making. Few films rival the subsequent layers of complexity, not only theatrically as in Brando’s portrayal of Kurtz, but thematically, such as allusions to the hypocrisy of Western imperialism. 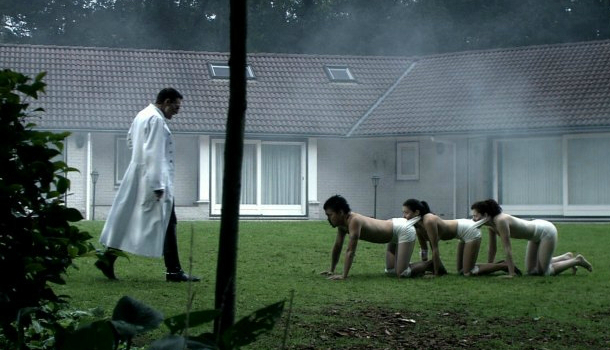 The Human Centipede can be considered ambitious regardless as to whether it was well-received, mostly due to the sheer nature of it. The term shocking does not come close to describing the events in this film.

The concept of The Human Centipede is that of a disturbed scientist attaching three individuals together to form a literal human centipede. Chaos unleashes when his plans do not go as well as he hoped and his subjects revolt. One particularly disturbingly zealous scene sees the scientist clamp the teeth out of his victims, and we see every detail and truly hear the pain through agonisingly realistic sounds.

The film’s ambition derives from its gruesome sequences and genuine sense of terror present throughout. Finally, to even make a film based on one giant organ system of bowel movements and blood is fairly grand, regardless of its consequent fame and profit. 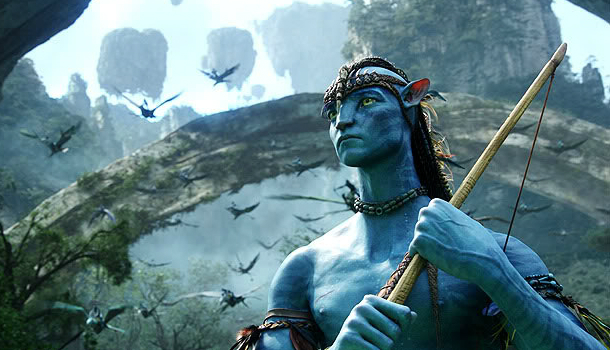 Not only was Avatar James Cameron’s first film in 12 years (was Titanic that long ago?), but with a budget of around $250 million, audiences were anticipating for what would be deemed by critics, a “movie revolution”.

The trailers gave us glimpses of the future, with enchanting scenery depicting a whole new world for us to explore, all created by new technology that Cameron had waited over 15 years to develop in order to make his ideas and vision a reality. The film’s awe has been largely responsible for the reemergence of 3D cinema too.

Avatar is a visual spectacle, with stunning, jaw-dropping landscapes, and a generation of special effects that truly bring the entire story to life and make the characters extremely captivating.

Cameron’s masterpiece definitely delivered; it was nominated for 9 Oscars, beat Titanic to become the highest-grossing film of all time, and definitely brought the wow factor to audiences everywhere. 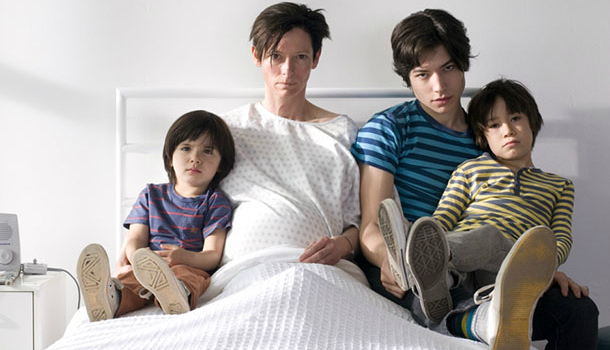 We Need to Talk About Kevin

Lynne Ramsay’s We Need to Talk About Kevin may not be ambitious in terms of being the first film to achieve something spectacular in its field. Instead, its ambition comes from the story being told.

Imagine you’re a parent… what are you supposed to do when you find that you don’t love your child? The topic is certainly a controversial one, and Tilda Swinton’s portrayal of Eva Katchadourian is perfect as the mother who regrets and resents her offspring.

The unsettling story, graphic use of colour and clever soundtrack combine to create an atmosphere that makes you as the viewer as uncomfortable as the characters within.

All in all, Kevin is ambitious because of its divergence from the path: there are a lot of films about families and love, but how many are there about the resentment and hatred that bubbles beneath the surface? 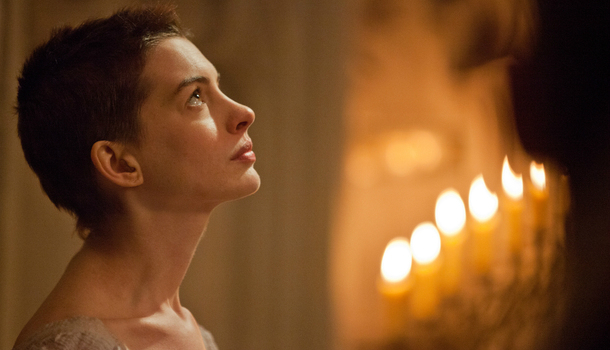 Taking on the immense challenge of attempting to faithfully adapt one of the most acclaimed musicals from the 20th Century onto the screen is the pure definition of ambitious filmmaking. Previous tries to bring Les Misérables to life cinematically have occurred since the late 1980s, but none so prevalent as Tom Hooper’s 2012 Oscar-winning masterpiece.

Combining the theatrical with the filmic, the operatic singing for which Les Mis is universally renowned was sung live by the actors during filming. This provided the actors with the opportunity to integrate their singing into their acting, pausing and quickening the pace of the songs as they saw fit. However, this also left no room for mistakes.

In true theatrical style, the sets were created with painstaking attention to detail in order to emanate the sense of revolutionary France being brought to life. Many of the actors underwent dramatic physical transformations, namely Hugh Jackman, Anne Hathaway and Samantha Barks. The production of Les Mis was a considerable feat and one that paid off with an extraordinary piece of cinema. 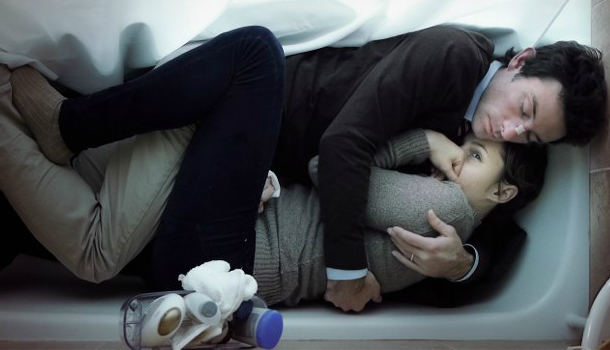 Upstream Color, only the second film in ten years from polymath director Shane Carruth, does not deal in many concrete facts. These are the few we ever really have, and yet the film gradually transforms into a bamboozling, thought-provoking meditation on identity and nature.

It is often very strange, and sometimes its imagery is too elusive and subtle for its own good, and yet I felt as though something special was going on whilst watching it. The handling of the characters might be a little clinical at first, but for its scope alone, Upstream Color deserves recognition as one of most ambitious cinematic efforts of recent times, and perhaps ever.

It’s frequently impenetrable, but has its own kind of beauty too, and what Carruth is trying out feels truly new, and exciting. 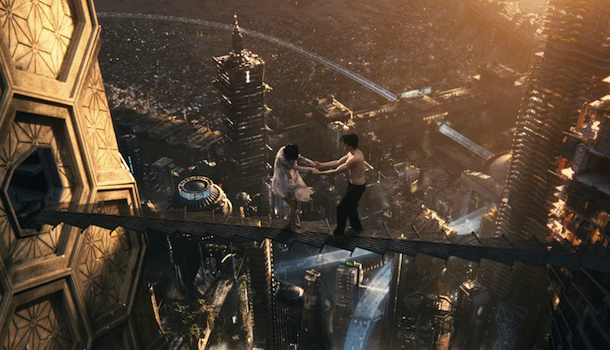 One of the most expensive independent film productions in history, to begin to describe the ambition behind Cloud Atlas in such a short space is in itself an ambitious task, with the risk of not honouring the film’s triumphs, and now I’m just wasting words.

This Wachowski and Tom Tykwer adaptation of David Mitchell’s 2004 novel wanders through time, space and expectations as it explores how the actions of individuals in the context of one era can ripple through the past, present and future to impact other events.

Adapting the layered storytelling across centuries into a film alone is a pioneering challenge, but for editor Alexander Berner to create a coherent canvas over a three hour runtime is an astonishing feat. The makeup, costumes, cast, imagery and meticulously directed everything are too awe-inspiring qualities that qualify Cloud Atlas as one of the most ambitious films of late.

Beyond the large-scale spectacular science fiction stuff, Cloud Atlas is exemplary for its more subtle nuances as well. The futuristic language and diverse script communicates an unparalleled believability to sci-fi and dramatic filmmaking, making this one of the most wondrous and unexpected cinematic sensations to experience. 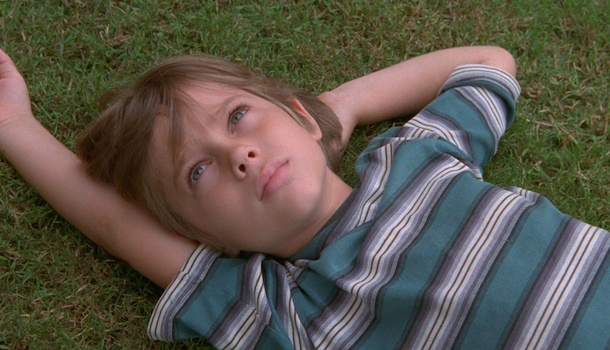 Boyhood is a coming-of-age story with a difference. Over the course of the film, we see Mason, Jr. (Ellar Coltrane) grow from the innocent age of six, to an ambitious eighteen-year-old. Where most movies would alternate actors to depict the passing of time, director Richard Linklater did something completely revolutionary with Boyhood, filming for one week, every year, for twelve years.

This meant that, throughout the film, you see the cast actually age and grow, which makes for a riveting watch. Oddly, due to the De Havilland Law which limits contracts to 7 years, none of the cast were ever legally obligated to the stupendous undertaking.

The time scale alone makes Boyhood an impressive procedure, and it already has been labelled a landmark in film history despite its release only earlier this year. Never has such an enterprise been attempted, and the result is completely breathtaking.