The John Lewis advert represents everything wrong with Christmas 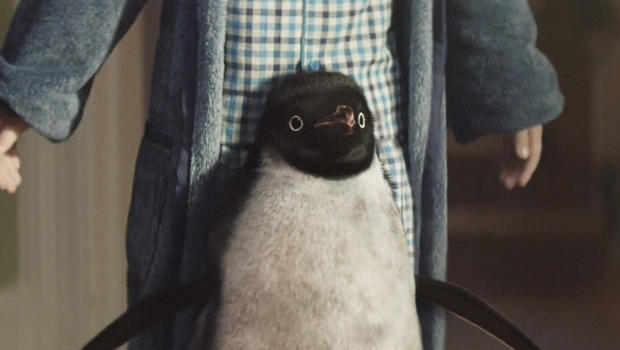 Yes, it’s cute. Yes, it’s a beautiful story of childhood memories and the fundamental desire for love and companionship. Yet, does the fact that an advertisement is now part and parcel of our Christmas season not scream of all that is wrong about the celebration?

For a start, the festive season is evidently too focused around our television screens. You’d think that once a year, when families normally separated by hundreds of miles come together, we might just turn the TV off for an hour. But, no, we all probably sit around watching the 134th rerun of The Grinch and the ‘unmissable’ Downtown Abbey special. When we say ‘it’s not Christmas until the Coca Cola advert is on the telly’, we’re allowing multi-national corporations to define our emotions and expectations of the Christmas season, simply by broadcasting an image into our living rooms.

John Lewis have grabbed our television culture and strangled us with it. They know they can sell us £90 stuffed penguins through our sickly tears of joy over the fact that Monty found his Mandy. Consumerism has become so intrinsic to Christmas culture that John Lewis don’t even have to directly promote their over-priced products in order to sell them. Numerous Monty products sold out within 24 hours of the advert’s release.

“When we say ‘it’s not Christmas until the Coca Cola advert is on the telly’, we’re allowing multi-national corporations to define our emotions and expectations of the Christmas season, simply by broadcasting an image into our living rooms”

Their end tagline,  ‘Give someone the Christmas they’ve been dreaming of’ is vaguely suggestive that John Lewis sell products at Christmas which are actually marginally different to the masses of products which are likely to be given away as gifts. Well, they don’t, they sell the same stuff as every other high street retailer – iPhones and lingerie.

I don’t like that advertisements can dictate when Christmas “is”, or that Christmas is televised instead of a shared family experience; That, in order to “give someone the Christmas they’ve been dreaming of”, you have to go and buy something expensive. We need to reclaim Christmas as our own experience. Don’t allow Coca Cola to tell you when to start celebrating. Keep in mind that Christmas is about making other people feel special, but don’t allow John Lewis to tell you how to do it.

The UKIP Calypso: a controversy over nothing?