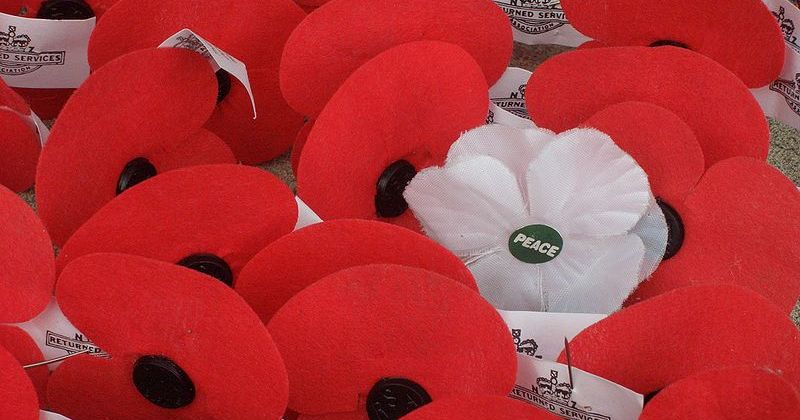 Every year in November we remember those who have died in wars since 1914. However, it also seems that every year we have a heated debate over the poppy, our symbol of remembrance. Should you wear one? Is it acceptable not to?

This, quite clearly, is wrong. White refuses to wear a poppy on air because she supports a number of charities, including the Royal British Legion, yet feels uncomfortable giving more attention to one charity above all of the others. This is a reasoned and understandable position to take. After all why should people feel pressured into wearing a red poppy and not a daffodil for Marie Curie Cancer Care?

“Those in the public eye who choose not to wear a poppy are often subjected to severe criticism or even abuse in what could ironically be called ‘poppy fascism’.”

In short, people should be free to decide whether they wear a poppy. However, some of the reasons people state for not wearing a poppy seriously misrepresents what this symbol stands for. There are some commentators who claim the poppy is used to endorse war.  Take Assed Baig, who writes in the Huffington Post that the poppy “is used as a tool to promote current wars”. This is quite a claim, and yet his article is devoid of any examples of this happening.

There are also those who decide to wear a white poppy rather than a red one. Take Lindsey German, convenor of the Stop the War Coalition, who wears a white poppy “to oppose the glorification of war”. After all the rest of us who wear red poppies all believe that war is a glorious thing, right?

Many people in this country do not agree with the wars that Britain has fought in recent wars; the vast majority of us believe that war is a terrible tragedy that should be avoided at all cost. And yet thousands of people wear the red poppy every year. This is because the poppy does not endorse war. The poppy represents support for those who have died in wars, wars that they did not choose.

“After all the rest of us who wear red poppies all believe that war is a glorious thing, right?”

I cannot help but feel that instead of a white poppy Lindsey German would be better off carrying a banner telling us all how good and moral she is. Such a banner would serve the same purpose. There is no need for a poppy that does not support war because there is not a poppy that does. In some cases it seems like wearing a white poppy is a self-gratifying, attention seeking attempt to unnecessarily distinguish oneself from all who remember those who have died in war since 1914.

It is entirely acceptable for people to choose not to wear a poppy, even if they are in the public eye, but wearing a white poppy betrays a misunderstanding of what the poppy means for most people and frankly smacks of pompous self-righteousness.

Image courtesy of Nankai via Wikipedia

The John Lewis advert represents everything wrong with Christmas

Admitting the war on drugs isn’t working is a start, but now the government must act