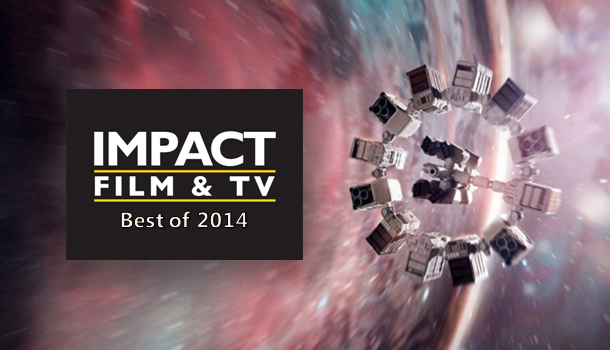 This year was very hotly contested, as evidenced by the fact there was just one vote between the top three films, while a total of 95 different films were voted for, silencing the regular sneer that ‘films today are just terrible’ – especially considering just 37 of these were based on other sources, of which 12 were sequels and 9 were based on true events. Anyway, on with the list…

Jolie does Disney in this heavily divisive retelling of the classic fairy tale most notable for its intriguing feminist slant and third-act twist on Sleeping Beauty.

An unexpected hit to prove high-concept sci-fi can still be entertaining action and that Tom Cruise is still able to throw himself round explosions with the best of them.

Dostoyevsky, Hitchcock, Kafka, Orwell and Welles in a heady and striking sophomore feature from Richard Ayoade, a marked improvement over debut Submarine.

Jonathan Glazer decides to make another film (his first since 2004!) and gives us an alien Scarlett Johansson driving a van around Scotland. Singular, beautiful, dissonant, terrifying.

Released this year in the UK, 2013’s Best Picture Oscar winner really needs no introduction at this point. Unpleasant but necessary.

Benedict Cumberbatch continues the Michael Sheen approach to acting, starring as every notable public figure of the last century by giving us his turn as tragic hero Alan Turing.

Following the now-compulsory final-book-split-into-multiple-films rule, expect a higher placing for the second part in next year’s list.

12. The Wolf Of Wall Street

Linklater and company spent 12 years making Boyhood, and it would seem it was pretty much worth it, falling just shy of the top 10. 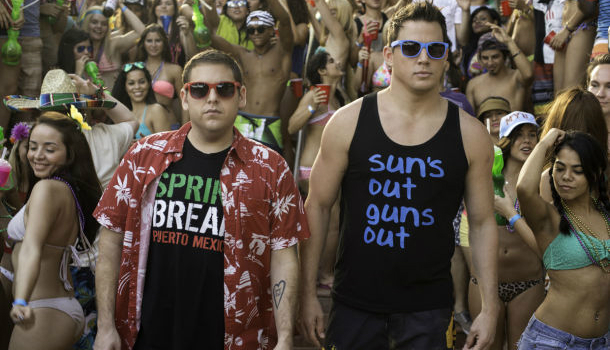 Bursting with banter at the expense of every Hollywood backlot, 22 Jump Street was the kind of comedy that deserves its own category, as the film did nothing but parody its own existence, becoming one of the many sequels of 2014 that surprised cinemagoers by surpassing its predecessor.

What is now a certain franchise, with a third film in development, Jump Street manages to take the clichés of the buddy cop action genre and deconstruct them with delicacy, largely thanks to the charismatic chemistry between Jonah Hill and Channing Tatum, as well as the brilliant self-referential pokes this film takes at itself in being a regurgitative sequel.

There probably wasn’t a bigger film in 2014 that took itself less seriously than 22 Jump Street, and in an age of attempts at increasingly brooding blockbusters and copycat comic book films, this upbeat comedy sequel that was a delightful duplicate of the original was, ironically, oddly refreshing. 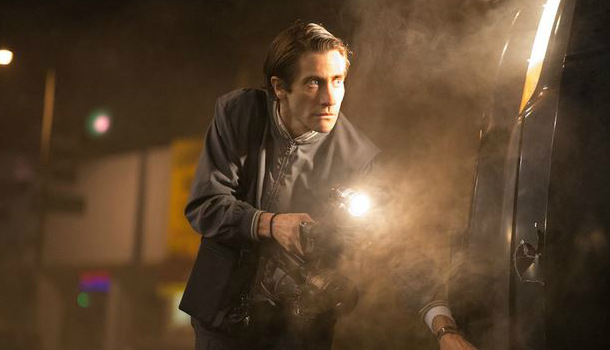 Irresistibly captivating and totally unnerving in equal parts, Jake Gyllenhaal’s portrayal of Lou Bloom in Nightcrawler takes a clever, original noir-type film and elevates it to one of the best of 2014. Nightcrawler follows Lou as he sets up a ‘nightcrawler’ business and is incredibly watchable as he progresses from novice to one of the most successful in his particular niche. Each night Lou, armed with a police radio and a video camera, listens for reports of traffic accidents, home burglaries and anything more gruesome, then races to the incident to record some footage worth selling to a news network.

Lou is unpredictable, drawing to mind Christian Bale in The Machinist and De Niro in Taxi Driver and in an attempt to earn more for his tapes Lou begins to act outside of the law. Tension grows to unbearable levels – the result of fantastic direction from Dan Gilroy, who rarely puts a foot wrong. Well deserving of a position in our top ten, the directorial debut of Gilroy highlights him as one to keep an eye on.

8. Dawn Of The Planet Of The Apes 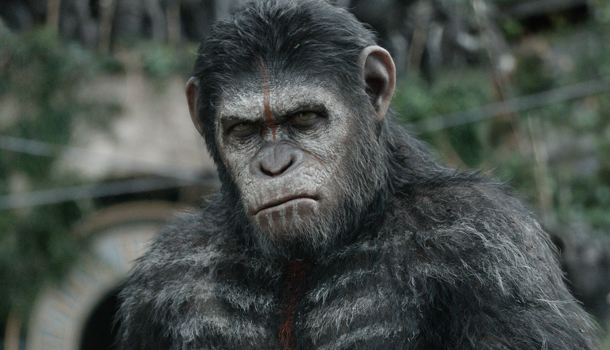 Having to live up to not only the original films but also the acclaim surrounding it’s 2011 predecessor was no small feat for Dawn of the Planet of the Apes, released back in July.  However no one could predict the sheer scale this epic sequel would reach. By pushing the technology of motion-capture to new levels, the film was able to create realistic, complex creatures, with their own society and hierarchy, which provided a perfect counterpoint to the struggling human colony.

Finding similarities between the apes and humans is both fascinating and horrifying depending on the character, as is watching the evolution of Caesar’s character (Andy Serkis) following the first film. The plot deals with loyalty, what it means to be family and the cost of survival and the fact that audiences sympathise and connect with the animals as much as, and perhaps even more than, the humans is what makes this film worthy of its place in our top 10. 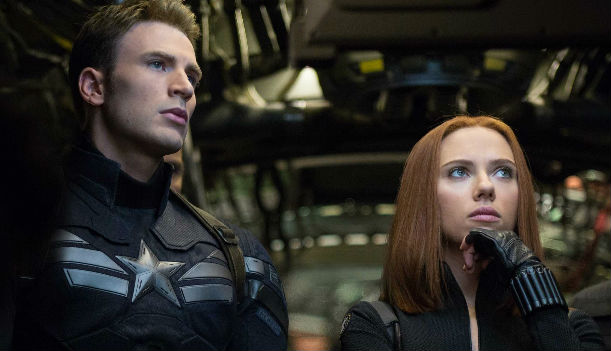 In this second installment of the Captain America franchise, Steve Rogers (Chris Evans) teams up with the Falcon, Sam Wilson (Anthony Mackie) and Black Widow, Natasha Romanoff (Scarlett Johannson) to take on his old nemesis, HYDRA. As Nick Fury (Samuel L. Jackson) warns, “trust no one” in this film, because very little is as it seems on the surface.

Part superhero movie, part action and part political intrigue, this film had something for just about everyone and, with Sebastian Stan giving a stand-out performance as the titular Winter Solider and Robert Redford appearing as Alexander Pierce, it’s easy to understand it’s inclusion in the top ten. 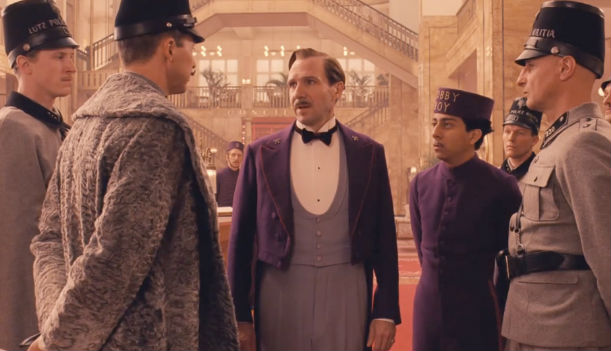 Brimming with Wes Anderson’s signature style and panache, The Grand Budapest Hotel is one of the most enjoyable cinematic experiences in recent memory. The film transports the viewer to the fictional alpine state of Zubrowka, a meticulously detailed world which breathes an air of majestic opulence. The story itself centres on the exploits of eccentric hotelier Gustave H (a charmingly acerbic Ralph Fiennes) and his apprentice lobby boy, Zero (relative newcomer Tony Revolori). On their journey, they proceed to interact with a star-studded cast which, although robust, never feels as though it threatens to overwhelm the onscreen action.

While some may accuse Anderson’s previous works of being guilty of style over substance (and it is worth pointing out that The Grand Budapest Hotel is something of an ode to aesthetics), the visual feast offered up by the film does not distract from its fast-paced story. Conversely, the two work in synergy to create an inspired piece of cinema, capable of enchanting even the most prudish of viewers. 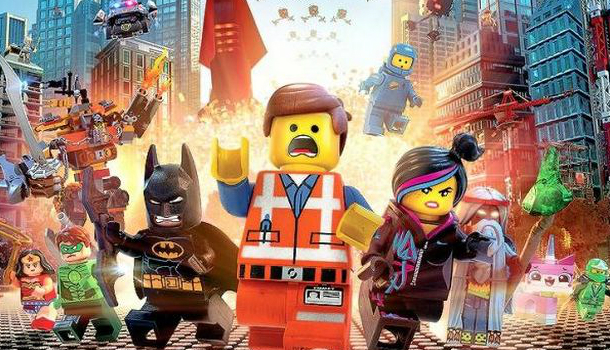 Despite the eclipse of wonder that Frozen cast over 2014, there was one other movie that managed to make its mark in regards to animated movies: The Lego Movie. While the storyline itself is great and will keep you invested through till the end, it’s the marvel of the whole movie constructed in Lego that makes you pause and think “this is actually a great movie”.

With every small detail paid attention to, its hard to find a flaw in this seemingly simple movie. The Lego Movie also managed to get the most interesting array of celebrities to voice the wonderful characters, including Liam Neeson, Morgan Freeman, Will Ferrell, and, understandably as it was his year, Chris Pratt. So in the movie’s quest to find the special, they managed to make a movie that was.

4. X-Men Days Of Future Past 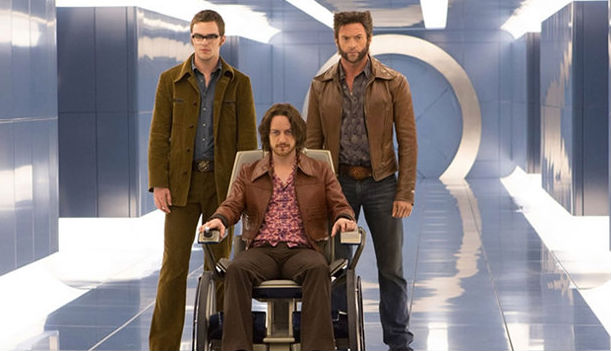 Days of Future Past brings together everything good about the original trilogy and the First Class prequel, putting it in one spectacular film – great performances from a stellar cast, fantastically strong writing and enough superhero greatness to please die-hard fans and casual viewers. However, Days of Future Past goes above and beyond the previous instalments. Not only does it ret-con most of the atrocious X-Men: The Last Stand, but the use of time travel means that we are able to see both the old Stewart/McKellan led X-men alongside the new MacAvoy/Fassbender team.

Despite this huge cast, all the characters get their moments of glory. On top of being an overall spectacular film and an excellent addition to the superhero genre (and this year has not been short of great – and less great – superhero movies), Days of Future Past also includes the fantastic ‘Quicksilver run’ sequence, which may quite possibly be the most enjoyable and well directed sequence of the year. 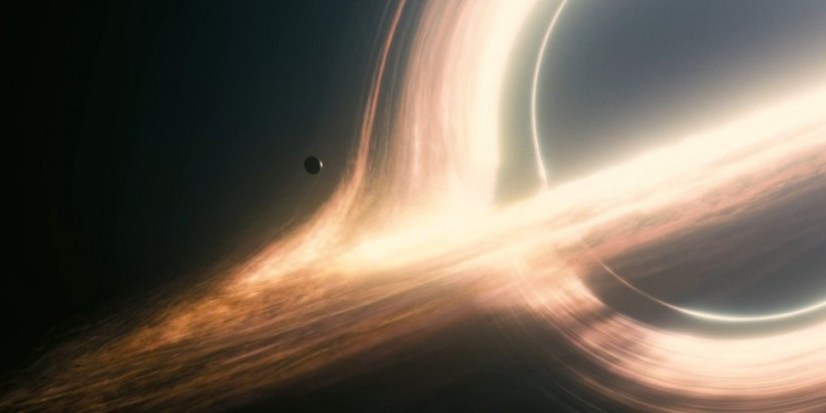 Interstellar is Christopher Nolan’s latest, an epic science fiction adventure that’s been half a decade in the making. The story takes place in the near-future and follows a group of astronauts, scientists and engineers who must travel to the other side of the universe in order to find another place for humans after a famine ravages our Earth. It makes for invigorating viewing. The characters’ dilemma facing is delicately set out in the first hour before the rocket lifts off and things get really crazy.

The science is accessible and, at times, beautiful. It acts as a catalyst for powerful examinations of parental love and human discovery, among other themes. The all-star cast carries it off very well. Nolan has caught McConaughey at the height of his popularity and veterans of his Dark Knight series return in the form of Anne Hathaway and Michael Caine. Jessica Chastain and the oft-underrated Casey Affleck give strong performances as some of those left behind on earth. It all hurtles towards a highly emotionally-charged endgame with biblical echoes and leaves one very satisfied. 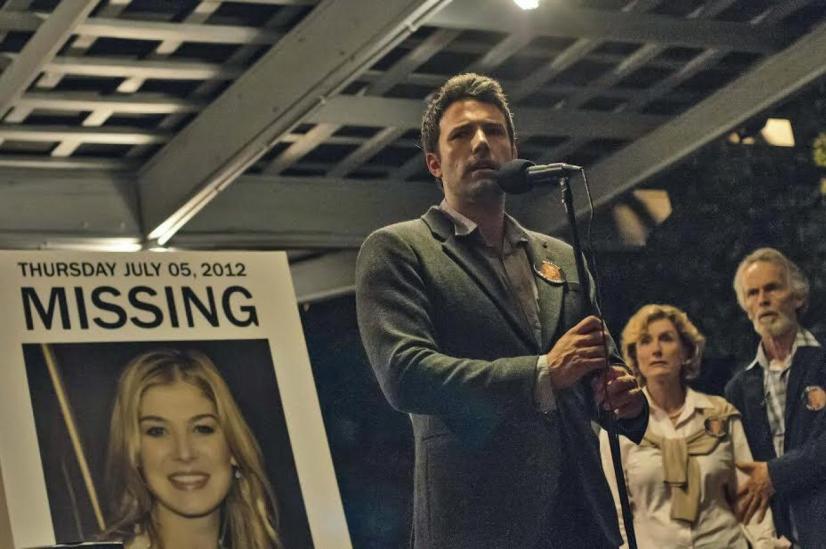 One of the best book-to-film adaptations of recent years, Gone Girl is a truly masterful example of filmmaking. David Goyer managed to make audiences gasp, laugh and stare in wide-eyed terror at the screen, whilst still maintaining a consistent tone throughout.

Gone Girl is a true roller-coaster of a film, completely changing the dynamic of the move halfway through and unleashing a truly Oscar-worthy performance from Rosamund Pike. Heath Ledger had his Joker, Jake Gyllenhaal had Louis Bloom in Nightcrawler, and Rosamund Pike has Amy.  Perhaps previously most recognized for her role as a bond girl in Die Another Day, Pike here delivers and there is an argument to be made that this is the best performance of the year.

1. Guardians Of The Galaxy 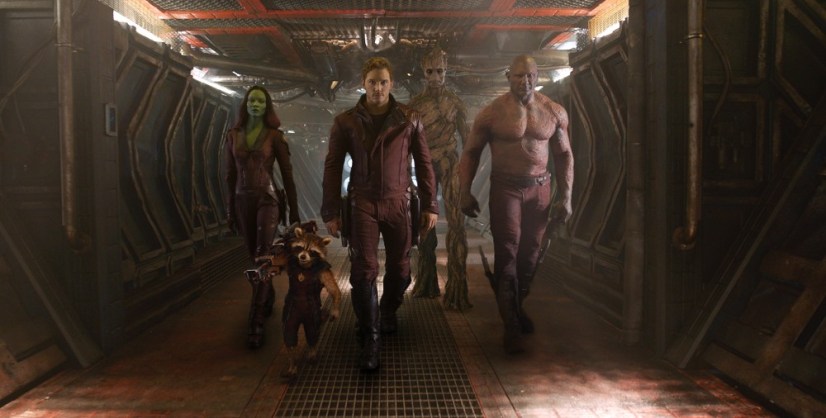 Coming from the cinematic powerhouse that is Marvel Studios, this film was always going to be successful. However, did anyone expect it to do quite as well as it did? Chris Pratt lead this film to victory as the charismatic Star Lord alongside his misfit companions.

One of the reasons this film appealed to so many was the comedy fused through it. When Rocket asks Quill why he even wants to bother saving the galaxy, Quill replies with “Because I’m one of the idiots who lives in it!” This is the most logical answer and one moviegoers can get behind – not any of this ‘because it is my destiny’ attitude portrayed in other comic book heroes.

The dynamic duo of Rocket and Groot entertained kids and adults alike – Bradley Cooper came alive as the ferocious furry fun that is Rocket Racoon and the use of Groot meant thousands of children across the world would be hunting for a Groot action figure. More money for a film already making almost $800 million at the box office counts for its huge success and one of the reasons it got our number 1 spot.

See the January issue (#234) of Impact Magazine for our inaugural Impact Film Awards.

Film Review – The Theory of Everything