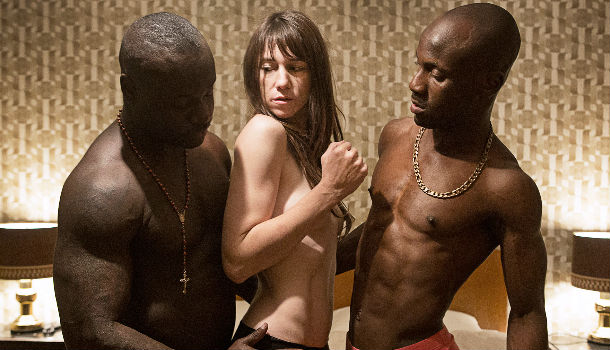 Ambition. The driving force of all the arts, ambition was as much the subject of 2014’s cinematic output as it was the modus operandi. From the pseudo-philosophical posturing of Interstellar to the Achilles heel of tragic protagonists (Inside Llewyn Davis, Starry Eyes), ambition has proved a millstone just as often as an empowering guide.

Filmmakers themselves seemed considerably more ambitious this last year, too. Richard Linklater’s long-time-coming Boyhood used its unwieldy production length to reinforce naturalism. By having the actors age naturally rather than replace them, the choices of the filmmakers have been highlighted, rather than distracted from (Unfortunately this unique conceit being foregrounded in promotional material undermined this effect, but in years to come I’m confident that is what will be appreciated most). 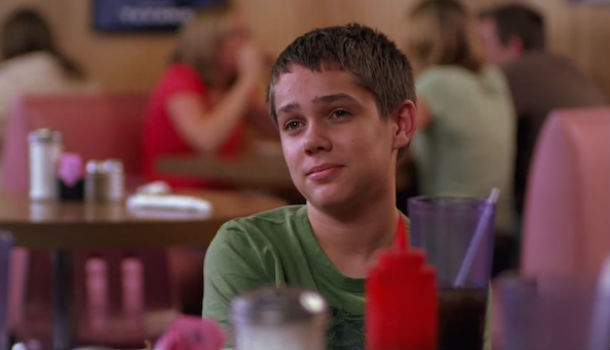 Lars von Trier unsurprisingly divided opinion, following through on his promise/threat to create a four hour sex flick, unexpectedly making one of the cinematic achievements of the decade in Nymph()maniac. By pulling everything from fly fishing to Bach and forcing it through a Greenaway-esque formalist meat grinder, von Trier stirred controversy and made a beautiful, bountiful mess. It’s bursting at the seams, unpleasant and hypnotic and definitely worth the investment.

Also an ambitious mess is The Congress, based on the Lem novel. After a futuristic Faustian pact is completed by a live-action Robin Wright (playing herself) to ensure her child’s survival, the film jumps forward two decades into an animated world. The lack of concrete any guide to this freeform, satirical, hallucinatory cartoon-cameo-tastic Congress is the point at which the film’s reach exceeds its grasp.

But these are the films that are most interesting. The Congress works because of its very weakness – it is excessively dense with possibilities and notably sparse with definitive choices or statements. A spectacular failure is always going to be more alive than the precise, calculated alternative. These flawed creations are the lifeblood of cinema, the steppingstones all too often forgotten about by all but the next generation of filmmakers, and it’s not enough. 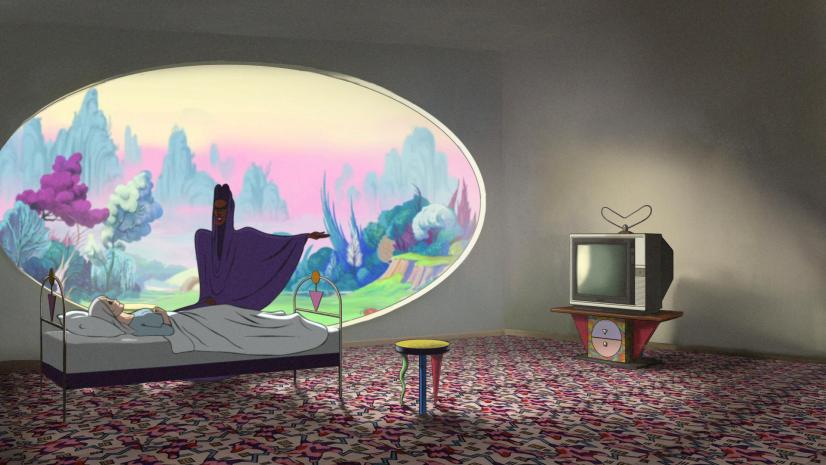 The Congress – Yes, that’s supposed to be Grace Jones. Yes, it’s that kind of movie.

However, not all films which strive with ambition are inherently more worthy of respect. Christopher Nolan continued to steal credit for his brother’s work and try to impress us with his Mann-lite aesthetic this year, with Interstellar repeatedly and crassly compared to a certain Kubrick classic (nowhere in 2001 did they take fifteen minutes out to laboriously explain the star baby ending) perpetuating my argument that Nolan is the cinematic equivalent of the emperor’s new clothes. Nolan is serviceable enough (at least up until The Dark Knight), and it’s nice to have intellectual ambition in a blockbuster of this size, it’s just a shame the film wasn’t in the hands of someone who’s reach didn’t exceed its grasp.

Interstellar, or 2014: A Space Odyssey

With Nymph()maniac and The Congress, and following the critical and commercial success of awards favourite Gravity last year, one may not be surprised to see a relative increase in female-centric popular films as a subsequent result this year (or not, depending on one’s optimism with Hollywood at large). Being willing to base the inclusion of women at the forefront of tent-pole features entirely on the success of individual films – after The Brave One (2007) and The Invasion (2007) bombed, Jeff Robinov, then president of production at Warner Bros., famously remarked “We are no longer doing movies with women in the lead” – its extremely hopeful that Hollywood as a whole seems to be progressing in the right direction, however late in the day it is.

Similarly for queer representation, it has been a year for celebration, with a gradually increasing acceptance into mainstream cinemas of films with both prominent queer figures (e.g. The Imitation Game) and storylines, particularly the runaway success Pride. Pride is inarguably 2014’s claim for the “this year’s Full Monty” title that gets bandied around with predictable regularity, not least because of its ‘demise of industrial Britain’ backdrop. It admirably aims for more than to just tell the tale of a collective of lesbian and gay individuals (the B and T still getting overlooked), tracing the human connection between disparate communities. As Owen Jones described it, solidarity for an audience “who have been taught to abhor it”. 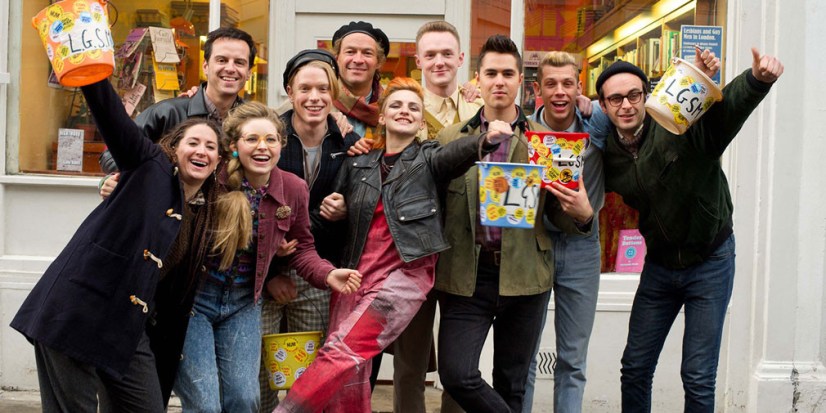 Pride – Solidarity, the love that dare not speak its name

Independent queer cinema meanwhile continued its path, presenting an array of experience. Lilting delicately provided tested familial bonds and grief, Stranger by the Lake the seductive dangers of obsession and Tom at the Farm a pitch perfect hybrid of the two; together for instance they thoughtfully interrogated sexuality in the 21st century – provided you’re a gay male. Anything else, tough.

Racial representation (or rather general lack of) is an area I am reluctant to broach, having not seen sufficient films concerning ethnic minorities – the lack of visibility really speaks for itself. The few that stick in memory have directly dealt with issues of identity and the changing place of minorities in society through the years, with Dear White People and Get On Up proving particularly interesting in their approaches. 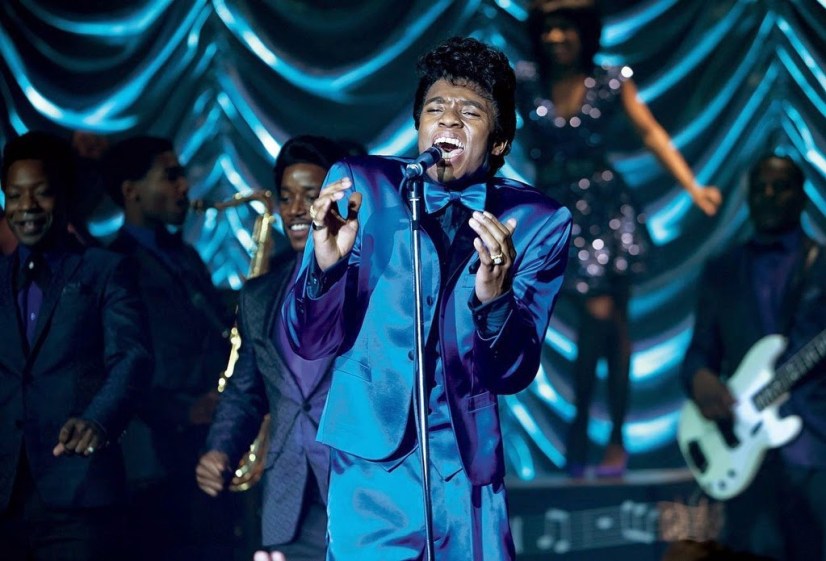 Sayin’ it loud in Get On Up

2014 also seemed to be the year of music films, of which Get On Up was only a single example of. There was fiction, dealing with everything from the creation of the quirky in Frank to the plight of the ones who just don’t make it in Inside Llewyn Davis via the subcultural deification of marginalised soul records in, um, Northern Soul. There was documentary, encompassing the familial struggles in maintaining a band (Mistaken for Strangers and Soul Boys of the Western World) and shining a needed and deserved spotlight on the role of the backing singer in 20 Feet from Stardom. And there was the interesting hybrid of the two, 20,000 Days on Earth, which sadly was unable to live up to the promise of its spectacular trailer yet nevertheless is worth seeking out, even for those unfamiliar with Nick Cave.

Filmmakers worldwide also gave us a more politicised cinema, with extremely successful (both critically and commercially) works emanating from Russia (Leviathan), China (the caustic and beautiful A Touch of Sin) and, continuing its tradition after the relative dearth of the last couple of decades, the UK (Pride and Tony Benn: Will and Testament). While political cinema is always going to be present, the increased public awareness of some of these works is indicative of a positive sea change.

Finally, a quick skirt around the horror output for 2014 – if it was from a major studio, it was probably terrible, as per, yet there has still been a number of releases worth hunting out. The oft-discussed The Babadook brought us German-Expressionist-monster-as-depression-metaphor, Let Us Prey a taut John Carpenter-esque slice of intensity and Housebound, What We Do In The Shadows, The Editor and Dead Snow 2 successfully mixed humour and scares to varying degrees.

All in all, 2014 provided us with an multitude of approaches to and subjects for cinema, and viewers generally seem to be gradually more willing to accept unusual methods of filmmaking. It’s hopeful, I’m optimistic, roll on 2015.