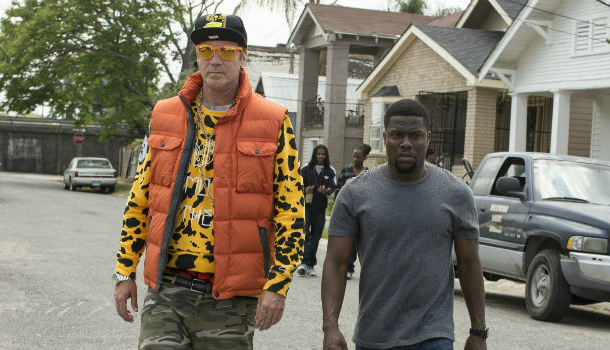 What do you get when you combine Will Ferrell and Kevin Hart in one movie? You get a whole lot of funny, as well a whole lot of stereotypes. With comedy greats like Anchorman, Step Brothers, Ride Along and numerous stand-up shows between the pair, there may be a lot of pressure to get Get Hard to a level of success that warrants bringing the two together.

Get Hard follows Darnell Lewis (Hart) as he teaches his boss James King (Ferrell) how to survive in prison after the latter is convicted of tax evasion, despite Darnell having not been to prison himself. The misconception of Darnell being a “thug” by James due to what else but stereotypical silliness sets up the duo for tireless trouble, including a simulated prison riot and countless misunderstandings even in the trailer alone.

This second look trailer shows that despite the two comedians having different styles of comedy, the well-executed convergence could result in a memorable movie. With a very mixed group of supporting actors too, such as Alison Brie (Community) and T.I (Ant-Man, apparently), Get Hard may just be worth the watch.

Get Hard is set to release here in the UK on March 27th.