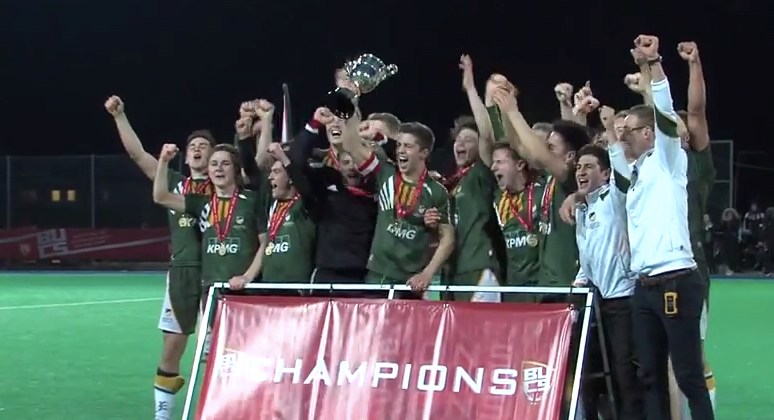 UoN won 4-2 on penalty flicks in the final against the reigning champions on their own pitch, having beaten Bristol, Bath and Durham along the way.

Finishing fourth in the Premier North league with four wins and five losses throughout the season, Uni beat the odds and pulled off something of an upset.

“It’s absolutely great to win,” Dalman told Sportsbeat after the game. “We’ve got international players in the squad, but for a few of us, this is the biggest it will get.

“We’re really happy. We’ve got to thank our coach David Ames, he’s an international hockey player and he drives up and down the M1 every week to sort us out. He’s a quality coach.”

WE HAVE ONLY GONE AND DONE IT

The UoN faithful put aside their deadlines and came in their numbers on #BIGWednesday, the finals day across all BUCS sports, to back the boys in green and gold.

“You can see what it means to Uni – 300 have come down to support us so it means everything to all the boys playing.

“We’ve got Varsity after Easter against Trent but, beating Loughborough at Loughborough, I can’t ask for anything more. It’s absolutely superb.”