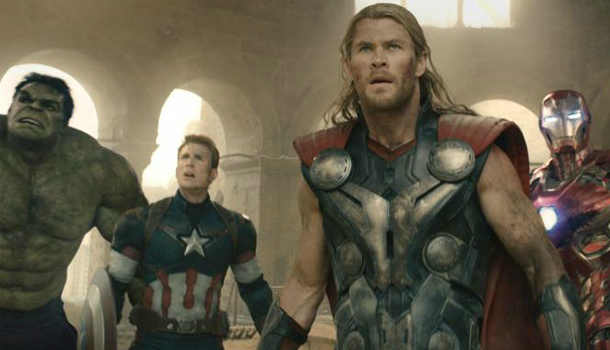 “Everyone creates the thing they dread”, claims Ultron as he corroborates his emergence as a formidable adversary to the Avengers. A by-product of the Iron Legion from Iron Man 3, Ultron is an unhinged opponent initially created by Tony Stark (Robert Downey Jr.)to maintain peace on Earth. A physical manifestation of the detriment the team can cause, the AI goes awry and vows to ensure Stark’s plan, by exterminating the human race.

A sequel to the blockbuster behemoth The Avengers (2012), the monolithic feature is massive in scope and epic in scale, an immersive experience best served in IMAX. Writer-director Joss Whedon is assigned the unenviable task of essentially culminating another Phase in the Marvel Cinematic Universe. The unlikely champion of the original, he is able to repeat the trick. Whedon excels at dabbling with a huge ensemble and crafting an intriguing premise, which merges multiple narratives into a singular, uniform anecdote. While the progression for each character is logical, new introductions are carried out seamlessly as well.

The usual suspects return in fine form and the new additions further supplement proceedings. Equilibrium is struck between all characters, each given their moment to shine. Other pieces of the jigsaw include Vision (Paul Bettany), an android with fascinating strength and personality. Furthermore, the titular foe is memorable and mesmerising. Biblical in speech and imposing in ideas, Ultron (James Spader) is inherently unstable and views human beings as a plague worth decimating. Television veteran Spader is an inspired choice to voice the sentient robot. The only qualm in his portrayal is that his voice is not heard often enough: there isn’t enough of Ultron on screen.

An explosion of colour and celebration of comic books, the film features an onslaught of mayhem at a whirlwind pace

Although it consists of the requisite fireworks, the personal and intimate character moments render Age of Ultron more profound than generic superhero action fare. While set-pieces fade from memory, characters always endure. The chemistry between a charismatic cast and tender moments shared by their characters are what deliver the movie’s soul to its open-armed audience. At its nucleus, it contains several intertwined smaller stories which are heartfelt and sincere. Sporadically divergent in nature. the film’s subject matter is grounded in contentions between peace and chaos, epitomised by Stark’s creation of Ultron as good intentions turn cataclysmic. 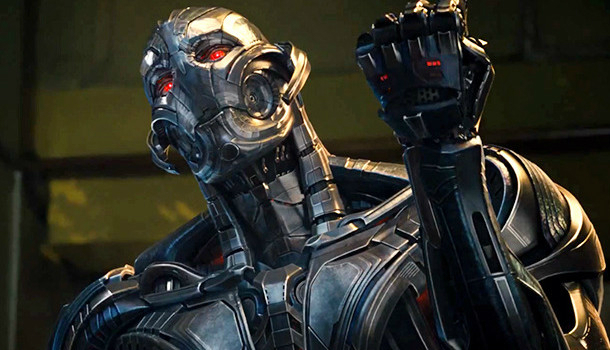 New players Quicksilver (Aaron Taylor-Johnson) and Scarlet Witch (Elizabeth Olsen) upset the status quo, and expose the soft core of the Avengers. The group is forced to contend with friction and conflicts among themselves, particularly the struggle between Bruce Banner and his Hulk, again effectively portrayed by Mark Ruffalo.

In terms of production value, the film’s cinematography is supremely executed: the visual aesthetic is excellent. A couple of one-shot sequences of the heroes in motion are simply exquisite, especially the opening action scene in which the group battles through a snowy forrest in order to take down a secret HYDRA base. Action is always in abundance, with an epic confrontation between Hulk and Iron Man’s Hulkbuster armour the highlight.

A prevailing modus operandi for Marvel, the plot is laden with references to past and present events. While certain nods tie in to previous films, others tease forthcoming developments. As opposed to being shoehorned, the seeds are sown with finesse. The follow-up also contains several unforeseen surprises in store for viewers. An explosion of colour and celebration of comic books, the film features an onslaught of mayhem at a whirlwind pace. Age of Ultron merges several genres such as action, drama, comedy and romance, which is likely to appease enthusiasts and pedestrian moviegoers alike.

How to Make a Blockbuster Franchise Movie Trailer