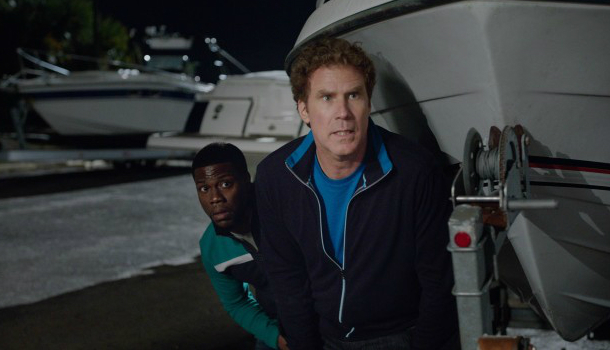 Get Hard is a comedy that reeks of wasted potential and disappointing execution. Its two leads, Kevin Hart and Will Ferrell, are some of the funniest comedic actors working in Hollywood today. Despite having a few good moments, the two do not function well as a double act. Darnell Lewis (Hart) has thirty days to help multimillionaire James King (Ferrell) toughen up, or ‘get hard’, so that he can survive a surprise prison sentence. What follows is a string of class, racial and homoerotic jokes that, for the most part, fall incredibly flat.

Kevin Hart is known for his big, hyperactive, in your face comedy style, and similarly Will Ferrell is recognised for his loud and at times obnoxious behaviour. While their resemblance in routine may imply successfully chemistry, the two end up clashing and cancelling one another out instead, leading to a failed convergence of the two actors, and even at times some awkward moments.

The production team behind Get Hard consists of some of the talents from cult classic Anchorman, as well as Oscar-nominated Tropic Thunder. Each of these comedies contained an underlying theme, and Get Hard is no exception. Get Hard uses the juxtaposition of the rich and poor as one of its main threads throughout the movie. The opening credits do a good job of setting this up, depicting a divided society, with a split screen montage of the class divide with each side going about their daily lives. This is then further highlighted by the difference between Hart and Ferrell’s characters.

Ferrell’s pampered, stuck-up fat cat multimillionaire James, and Hart’s more sympathetic family man Darnell, ought to have allowed the two actors the freedom to play off of one another nicely as polar opposites brought together through high concept circumstances. Instead, their juxtaposed personalities centre so greatly on jokes around racial and homoerotic humour that the opportunity for a genuinely fun and dynamic comedic relationship squanders. The ultimate message that these two sides of the class spectrum are equal is completely lost as James comes off as the more important character. He has more screen time, more character development and ultimately ‘saves the day’. As a result, Darnell feels far more like a supporting character that advances the plot rather than contributing much to it.

Hart’s somewhat marginalised role is further disappointing as some of the best scenes involve Darnell interacting with his family, delivering a disproportionate amount of the few genuine chuckles. If more of these had been included, the film could have been more balanced, had more laughs, and better explored Hart’s character. Of course, people do not go to comedies for their intricate plots and deep character development, they go for laughs. Regrettably there aren’t that many to boast about though. There were no moments that made the cinema erupt into laughter, no popcorn flinging giggles and no applause for what felt like the 136th penis joke. 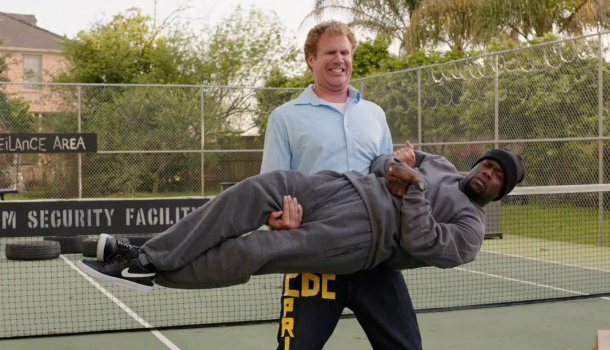 If bad jokes aren’t enough to lose your attention, then the jarring pace will. With James’ ever present countdown to prison ticking throughout, the film rightfully fast-forwards large chunks of this thirty day period. However, these chunks contain key moments where Ferrell learns how to ‘get hard’. It takes the audience from one moment when James knows nothing about prison life, to when he is more street wise than Darnell. All that we get to transition us between these points is a montage of Ferrell lifting Hart. That’s it. No funny scenes of Ferrell trying to trash talk, or making a useless shank, or anything that could have aided the pacing of the plot and added to the humour.

“A comedy that reeks of wasted potential and disappointing execution”

Kevin Hart and Will Ferrell are two of the most notable comedic actors right now, and have been for some time. Going into Get Hard therefore, one could easily find themselves eagerly trying and even expecting to enjoy a film featuring the pair together. Yet, from watching it, it is evident that the promising prospect is a surprisingly miserable failure, making this disappointing comedy difficult to recommend to anyone.