Hate Crimes, Ultraviolence and ‘Going Too Far’: The Problem with Banning Films

Is there any better way to draw interest in a film than to have it banned? Let’s face it, we all love a bit of forbidden fruit from time to time. But is it right that government censors have the power to control the flow of information? Placing limitations on art takes away a crucial medium by which people can criticise the world around them. Recently Hate Crime (2013) became one of just four films to be banned by the British Board of Film Classification (BBFC) in the past 6 years. In this notorious category, it’s joined by fellow ‘convicts’ Grotesque, The Bunny Game and The Human Centipede 2. Adding to recent controversy over plans to withdraw The Interivew from cinematic release, it seems that our movie-going experience is increasingly under threat…

But why do films get banned? How is Hate Crime any different from your average horror? Well, according to the BBFC, the ban is due to the ‘terrorisation, mutilation, physical and sexual abuse and murder of the members of a Jewish family’. I’m not sure about you, but this justification seems slightly strange. Because haven’t we seen all of this before? Of course they are unsavoury topics, but within the medium of film, they’re nothing new. 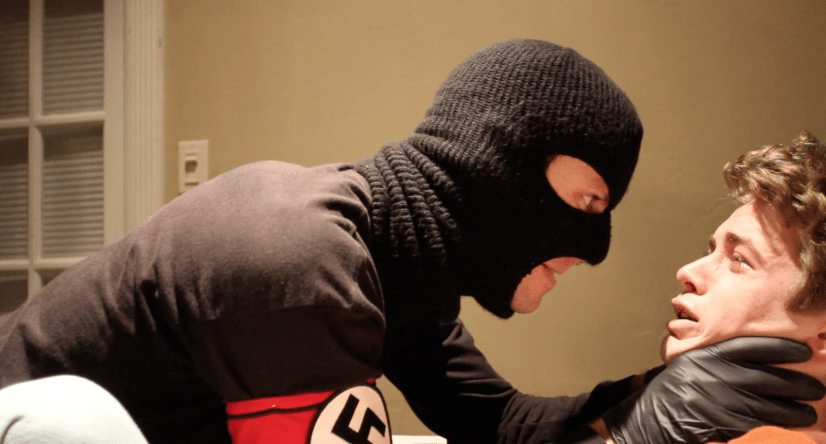 There was a time when sex of any description was a taboo topic. Back in the 1950s, Elia Kazan and Tennessee Williams fought a bloody battle with US censors over portrayals of rape in A Streetcar Named Desire. But cinema has come a long way since then. Recently, we’ve seen sexual violence in the supposedly child-friendly genre of ‘superhero-films’. Admittedly, Zach Snyder’s Watchmen isn’t your average costumed-escapade, but seeing as it went on to gross $185.3 million, it’s fair to say that it reached a mass audience. Which brings us back to the central question of why? Why has an independent film like Hate Crime been banned in the UK? And how is this fair when Snyder’s big-budget popcorn flick was released internationally, appearing in numerous cinemas across the globe?

Whatever way you look at it, there’s an underlying bias. No-one wants to risk banning a film that will boost the economy and make millions. Unfortunately, this means that independent film-makers often face the brunt of the burden. It’s a difficult balancing-act to produce something financially viable and truly innovative, and censorship can disrupt this in all sorts of ways.

Point in case; let’s go back to the subject of Hate Crime. The BBFC banned this mainly due to its portrayal of anti-semitic attitudes. The film is about a Jewish family moving into a new home, whilst also celebrating their son’s birthday. This is recorded on camcorder. As things get underway, their home is invaded a gang of neo-Nazis, who take the family hostage, and proceed to torture them on-film. 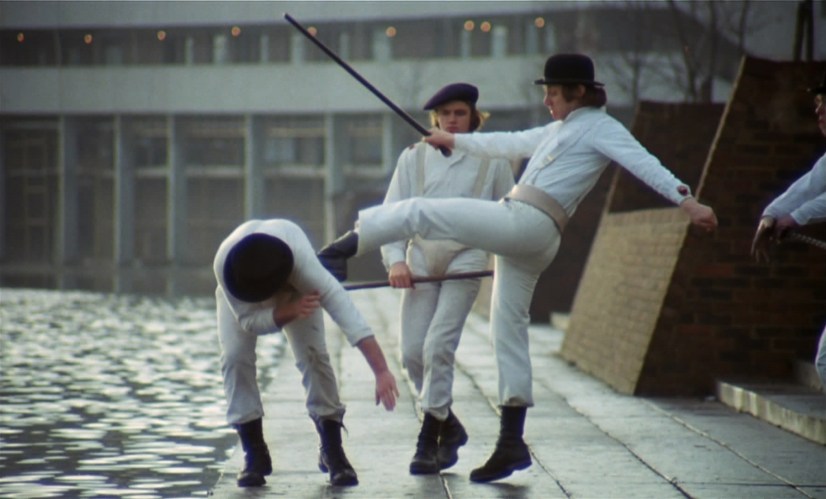 Probably, the BBFC was concerned about copy-cat crimes occurring in the UK. This is similar to the increase in teen-violence that accompanied the release of A Clockwork Orange, and led to its voluntary withdrawal from UK cinemas in 1972. But Hate Crime’s violence is not at all gratuitous. If we consider that the film’s director, James Cullen Bressack, is himself Jewish, this opens up a whole new interpretation. Speaking about Hate Crime, the 23-year-old said:

“As a Jewish man, and a victim of anti-semitic hate, I made a horror film that depicts the very thing that haunts my dreams. As an artist I wanted to tell a story to remind us that we live in a dangerous world; a world where racial violence is on the rise.”

In this, Bressack raises an important point. Should we not remind people that the world is flawed, that aberrations happen, and that it is our responsibility to set things right? Hate Crime does not seek to glorify acts of violence, and for this, they appear all the more horrific. If anything, presenting the effects so vividly will deter people from similar behaviour, not incite them to it. There is no advantage to living in a dream-world when violence and hate are very much realities. Films like Hate Crime aim to remind us of this, and sadly, pay the price too. It’s the latest victim in an unnerving trend, one that’s threatening to instill thought-control on our everyday lives. Whether you like the film or hate it – its symbolism cannot go unnoticed. We need to speak out against censorship, and we need to do it fast.

What do you think of the issue of banning films? Is it blanket censorship or should a line be drawn? Let us know via Facebook and Twitter, or leave a comment below.