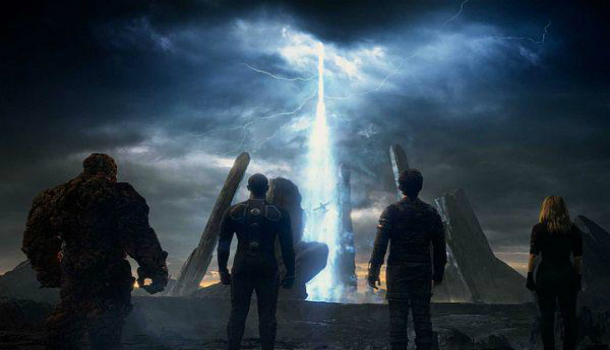 In 2005, Tim Story gave us The Fantastic Four, followed in 2007 by Fantastic Four: Rise of the Silver Surfer. Both films were fun but critically ridiculed and the planned third outing was never made. Eight years later, with Chronicle director Josh Trank now at the helm, the Fantastic Four has received a darker, grittier reboot… And the result is even worse than the mid-2000 flops.

Man of Steel proved that grittier superhero films could be successful, whilst the MCU continues to demonstrate how to do tongue-in-cheek fun super-powered romps. Tonally however, Trank’s Fantastic Four is a complete mess, and that’s just the start of its problems. Spending two thirds of the film on a grittier look at the origin of Marvel’s original superhero team, Fantastic Four (or Fant4stic) starts off watchable, if not particularly enjoyable. Much too dark for its own good, Trank’s take on the foursome drags through, never allowing the characters to have any fun with their abilities. But then, in the climactic act, Doom emerges and suddenly the tone is jarringly lighter, the team assembles in a nanosecond and, accompanied by a horrifically placed ‘It’s clobbering time’, go full on comic book battle scene. The straddling of the two tones sadly leaves the film feeling oddly disjointed.

As well as tonal flaws, the pacing of the film is badly done. In Story’s films, the four had their powers by the 20 minute mark, allowing for experimentation with their power and general team bonding filled up the majority of the film. But this outing takes a whole 45 minutes to even grant its superheroes any superpowers- and then they spend most of the time treating them like they are a curse. In it in this respect that Trank’s vision of the Fantastic Four fails most- it fails to have any fun with the foursome, with its characters spending more time brooding and sulking than doing anything even vaguely heroic. They even skip a whole year, jumping from the newly formed superheroes to more experienced members of a fractured team- no fun or superpower shenanigans to be found. And not a moment of enjoyment for audiences either. 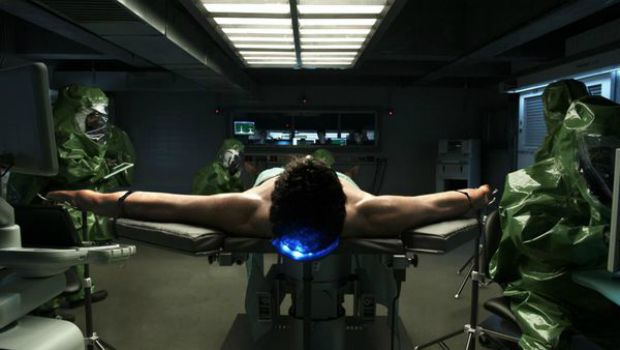 There are key flaws too in the adaptation of the mythos, particularly the relationships between the not so Fantastic Four. The Reed/Grimm (Miles Teller and Jamie Bell respectively) friendship is strained and unbelievable right from the off, leading to real difficulty later in the film, as Teller and motion-captured Bell desperately try to conjure any form of onscreen bond between their characters. However, compared to the chemistry between the four’s big couple, Mr Fantastic and The Invisible Woman (Katie Mara), the issues with the Thing are mild. Mara and Teller’s on screen relationship is perhaps the superhero genre’s second worst onscreen relationship ever (narrowly beaten by MoS laughable Superman/Lois garbage) consisting almost entirely of a single scene laughing together. When the foursome finally stand together, there is no real feeling that what we’re seeing is a team- merely four people standing in a line and talking. 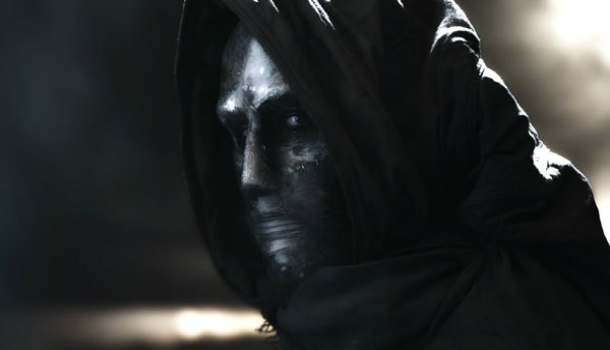 Fantastic Four has perhaps one saving grace in its cast which is, on the most part, strong. Von Doom (Tony Kebell) may be almost entirely forgettable, but the main foursome work hard with the material they are given and deliver some decent performances. Michael B. Jordan tries desperately to inject some fun into his take on the Human Torch but is hampered by the film he is trapped within and Teller’s Reed is a strong performance, dealing well with the endless scientific jargon that gets spouted throughout the films duration.

With the sequel already pencilled for a 2017 release, the future of the Fantastic Four seems uncertain. After this disappointing performance, the question of whether Fox will keep the rights once again raises its head. Could we see an MCU outing for Marvel’s family of superheroes or will we see a desperate continuation from this sorry beginning? The future of the franchise is, sadly, the same as this entire film: gloomy and lifeless.

The Quiet Poeticism of Alex Turner