Courtois looks on as Palace celebrate their winner at Stamford Bridge
0 September 9, 2015 21:23 by Jake Wharmby

As the Premier League rests its head for an international break after a dizzying start to the year, Impact Sport takes a look at 10 things we’ve learned from the start of the season. 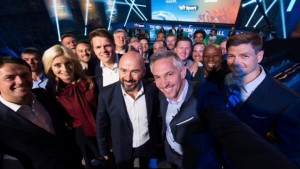 1. Money talks – Following the sale of the Premier league’s TV rights to Sky and BT Sport for £5.136bn, this massive sum means that even the bottom placed team in the Premier league will earn £99m. This year’s champions are set to earn £150m in prize money and of course these figures mean spending this year has increased since last summer. Sky and BT Sport will fight it out throughout the year for their share of audiences, whilst the jury is still out on Michael Owen and Howard Webbe as BT Sport pundits.

2. Money really talks –  According to analysis from Deloitte, Premier league spending set a new record for the summer window with clubs in the English   top flight spending a total of £870m, £35m more than the record set last year. Manchester City paid around £160m to prise talent from other clubs,   recruiting Kevin De Bruyne right at the end of the window, whilst the red side   of Manchester parted with £110m, the pick of the spend going towards the purchase of Dutch winger Memphis Depay.

3. MourinhNO? – With 4 points from 4 games, Chelsea have had a terrible start to the season. Stamford bridge is yet to see a win and last year’s top performers, notably Ivanovic and Hazard, are struggling to hit form. With Mourinho’s recent criticism of the club first team doctor Eva Caneiro and physio Jon Fearn, Chelsea’s headlines have only added to the shroud over the Bridge. The recent signing of Barcelona winger Pedro has provided a more consistent goal threat from the right side and Senegal defender Papy Djilbodji could be used to shift Cesar Azpilcueta over to right back, but Chelsea have scored 9 goals less at this point than last season so the problem doesn’t look to be solved just yet – is Mourinho suffering from his third season syndrome? 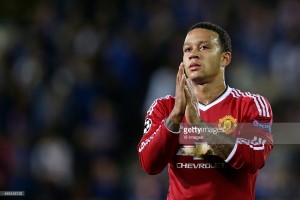 Depay has started slowly in the Premier League

4. Manchester United still searching for Fergie form – Following Sir Alex Furguson’s departure 2 years ago, the Red devils have yet to reach the form of their 2013 League winning side. Their win at home to Tottenham Hotspur on the opening day of the season to a Kyle Walker own goal hasn’t filled United with confidence and Depay is yet to set the league on fire following his 22 goal Eredivise haul last year, although it is very early in the season. The £58m capture of Anthony Martial has given the reds hope though, and reports suggest Louis Van Gaal is ready to bring David de Gea back into the first team – United aren’t down and out, just yet.

5. On the other side of the Manchester, City seem rejuvenated – Yet to concede a goal and 12 points from 12, the blues are looking good. Yaya Toure seems to be reborn, Sergio Aguero is in the form of his life and David Silva continues to show that the playmaker role is still well and truly alive. Raheem Sterling has brought a ‘plan B’ to the side following his £49m acquisition from Liverpool and the defensive pairing of club captain Vincent Kompany and last year’s disappointment, Eliaquim Mangala, look imperious this year. The addition of Kevin de Bruyne following a long transfer saga and Nicholas Otamendi to a bang in-form City side has brought a lot of positivity around Eastlands. City look back to their best once again.

“The premium on younger players is higher than ever – but is it worth it?” 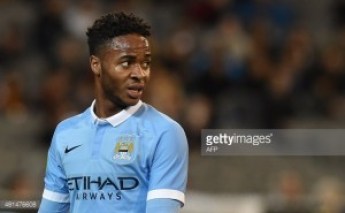 (Lots of) Sterling signed for a club-record fee of £48m

6.  Youth comes at a price – Anthony Martial (19) and Raheem Sterling (20) have costed the two Manchester sides a combined transfer fee of £107m. Everton have refused  £30m for John Stones (21). Juventus value Paul Pogba (22) at a whopping £70m. The premium on younger players is higher than ever – but is it worth it? Martial has a mountain to climb following his astronomical fee to United (at least for a player with less senior appearances than pounds paid for him). Sterling is already a proven goalscorer in the Premier League however, and John Stones has many an admirer already – so maybe the higher fees are worth being paid. Only time will tell.

7. English stars shine early on – Leicester due Jamie Vardy (28) and Mark Albrighton (25) have started well for the foxes so far, bagging 3 goals between them, whilst Jonjo Shelvey continues to elbow his way into the England midfield playing for the high flying Swans. Jack Butland is improving every game and Raheem Sterling looks to improve on his 12-goal haul from last year while Jordan Henderson looks ready to step into the shoes of Liverpool legend Steven Gerrard and Ross Barkley is finally bringing about some consistent performances. With the France Euro 2016 championships next summer, the future looks bright for England. 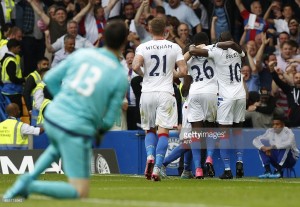 Courtois looks on as Palace celebrate their winner at Stamford Bridge

8. Pardiola? – Crystal Palace look an unlikely success story this season, with Alan Pardew producing an excellent start    for the eagles. The former Championship strugglers have been tipped to finish 5th in the league by Sky Sport’s Paul Mersen and their club-record acquisition of Yohan Cabaye for £10m has proved very astute at Selhurst Park. Currently sitting 2nd in the Premier League, an attacking line up of Jason Puncheon, Bakary Sako, Wilfried Zaha and Connor Wickham has the Eagles flying in what will hopefully be their best Premier League season yet.

9. Will Dick Advocaat regret his U-turn? – Finishing just above the relegation zone last season, Dick Advocaat looked set to leave Sunderland and retire at the end of the season for his wife however the 67-year old, following pressure from fans and club chairman Ellis Short, decided to stay on for an extra year in July. 2 games and 2 losses in, reports suggested Advocaat was rethinking his decision however 2 points against Swansea and Aston Villa away have given the Stadium of Light some hope. Jermaine Defoe has a new strike partner up front as Fabio Borini makes his return to the Black Cats line up and a loan move for Yann M’Vila has brought a bit of stability to the midfield. Following individual errors and mistakes against Leicester and Norwich, Sunderland looked a much tighter outfit in the second half at Villa Park. Hopefully experienced duo Younes Kaboul and John o’ Shea can continue this to try and get them off the bottom of the table.

10. Are we about to see another boring title race? – Last year’s title went to Chelsea who were 13 points clear of both Manchester City and Arsenal, clinching the trophy at home to Crystal Palace with 3 games to go. For what is described as the ‘best league in the world’, Chelsea’s huge lead didn’t prove for the best viewing – those looking for that looked towards the bottom of the table – and Manchester City’s fine start could produce something similar. Chelsea, Arsenal and Liverpool have all suffered home defeats already to teams that finished 10th or lower (Palace (10th) and West Ham (12th)). Manchester United have failed to score a league goal at home so far this season, with the only goal at Old Trafford being an own goal scored by Tottenham Hotspur’s Kyle Walker, and so City look to be the only team in form at the minute. The race for the top 4 looks to have promise, with West Ham, Swansea, Southampton and Everton all looking stronger this season. Here’s to the Barclay’s Premier League being reinstated this year in it’s title of The Best League In The World™.

An Introduction To: Nina Simone