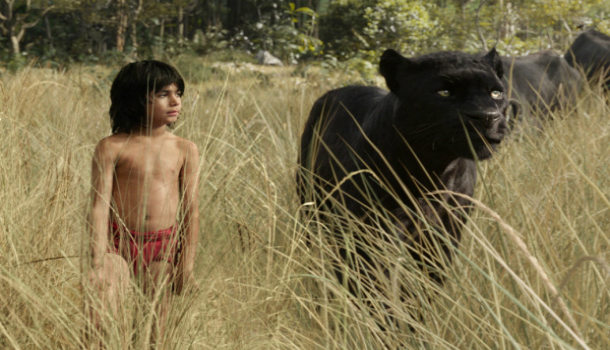 It has been 48 years since Disney’s animated version of The Jungle Book but now we’re finally returning to the jungle.

As part of the reboot, there are a couple of changes. Firstly the devious snake Kaa is now voiced by Scarlett Johansson, a great choice for this role and we hear her voice throughout the trailer, talking to Mowgli. Following the recent version of Cinderella, the film is set to be a live-action with very realistic looking computer-generated animals, making use of the same technology seen in Life of Pi for the tiger.

Towards the end of the trailer there is a brief whistle of “The Bear Necessities” from Baloo (voiced by Bill Murray). This is the only song heard, but the film is being advertised as a musical, so hopefully there are more classics to come. This rebooted version seems to be a lot darker than previous ones, with a lot of animals attacking each other and the jungle itself not looking particularly colourful until towards the end of the trailer.

Featuring an ensemble cast that includes Ben Kingsley, Idris Elba and Lupita Nyong’o, The Jungle Book looks set to be a big hit. Catch it in cinemas in early 2016.