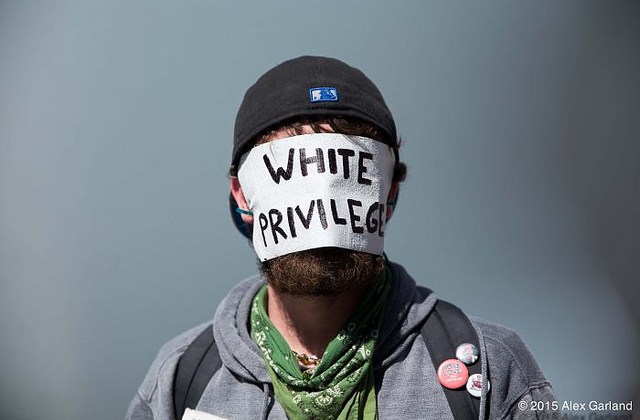 To question whether Britain is racist is for many an uncomfortable, loaded and ugly question. In a recent BBC programme and Guardian article, Mona Chalabi asks the pertinent question, ‘is Britain racist?’ In the show she attends an English Defence league protest, has three people of different race spend the day in an area known for racial discrimination, and asks some individuals in a pub to take a test that shows if they have more affiliation towards a particular race.  While in the programme she discloses facts like, in some parts of the UK, ‘you’re seventeen times more likely to be stopped and searched if you’re black’, she also evidences that because of societal influence, we are more likely to associate individuals of our own race as good and those of other races as bad. This is a fact that many of us would probably find difficult to accept.

However, it becomes unsurprising when we acknowledge that those running the institutions of our society are predominantly white. In England and Wales, 94.5% of police officers are white as opposed to the 1.1% that are black and just 6.6% of MPs (excluding Northern Ireland) are non-white. According to www.poverty.org.uk, ‘Black Caribbean pupils are still three times as likely to be permanently excluded from school as pupils from any other ethnic group’.  So perhaps, as Mona Chalabi argues in her Guardian article, ‘as long as systems of power remain white, racism against white people will not be the same as racism against people of other races’.

“Segregation is not a facet of biology. As with many things in society, racial discrimination is surely about re-education”

It would be reductive to deny that certain communities do not inhabit particular parts of towns and cities. Often, people go like for like and if a particular community feels ostracised, it might seem logical to stick together. Equally, it would be idiotic to reject the idea that certain parts of the country are more discriminatory than others.

However, this does not have to be the case. Segregation is not a facet of biology. As with many things in society, racial discrimination is surely about re-education.  Learning about other cultures and celebrating them.  Incorporating and accepting multiculturalism as part of our national image. When we live on an Island that has always had settlers from across the world, the concept of ‘indigenous English’ is one that lacks credibility; we do not live, and have never lived, in a monoethnic landscape.

Vituperative racism is not an issue we’ve left behind in exchange for a modern, tolerant and inclusive democracy. It is an issue at the forefront of British media. Terms such as immigration are misused by certain political figures to re-direct fear, breed xenophobia and point the blame at those in the minority. Whole communities are blamed for the actions of extremists. One only needs to look at the recent caricature by Daily Mail journalist Stanley McMurty- in which he pictures refugees entering Europe alongside rats- to realise that racial discrimination is far from staying in the history books.  In an interesting HuffingtonPost article, Kashif N. Chaudhry  targets Islamophobia by stating that actually, ‘a study of the traditions of the Prophet Muhammad also demonstrates that he warned us of the rise of religious extremism in this age in astonishing detail’.

This is not to proclaim that a large proportion of our  society is not tolerant, inclusive and celebratory of cultural, ethnic and social diversity. Many of us recognise achieving true equality and abolishing racial prejudiced entirely will make Britain a more dynamic, innovative and hopeful country for everyone. However, completely denying the existence of racial and ethnic discrimination carries a harsh injustice for the victims of such prejudice. If there are still debates over the place of racism in British society then undoubtedly it remains an unavoidably significant issue.

Inspirations Of The Week