2016 is going to be the year of the comic book movie. The ‘big three’ cinematic universes (Marvel, DC and Fox’s X-Men) alone are giving us 8 comic based blockbusters, something that may be mildly concerning – are we getting too much of a good thing? But Suicide Squad promises to give us something very different. Gone are the caped heroes, saving the day. DC’s third entry into its Expanded Universe will focus entirely on the villains.

A team of the most nefarious bad guys around, armed and dangerous, with bombs planted in their heads, being forced to undergo the government’s most dangerous missions, with the understanding that survival is unlikely. Sound good? Fans of the comics and/or DC’s Arrow will know it’s a fantastic concept that leads to a fascinating and unusual insight into the worst criminal minds of the comic book world.

Perhaps the biggest criticism of the MCU is that its villains, with the exception of Tom Hiddleston’s Loki, are one off, forgettable adversaries who barely come across as a threat to the universe’s heroes. Suicide Squad looks like it will kick of the DCEU with a fantastic band of baddies. With Margot Robbie’s Harley Quinn and Will Smith’s Deadshot as just a small part of the team mates that will be getting up to no end of evil escapades, in a world of cinematic goodie-two shoes, the Suicide Squad looks set to break new ground. 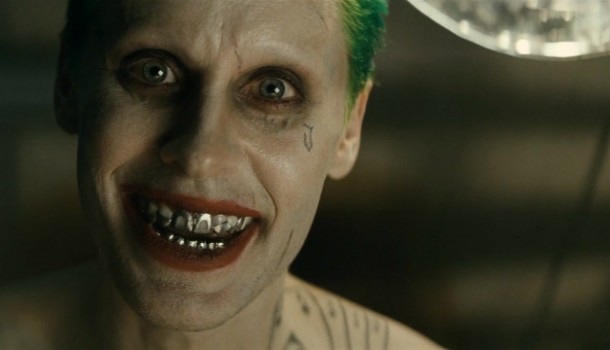 DC/Warner Bros. are currently focussed on pushing March’s Batman V Superman, which means details of plot have been, so far, few and far between. Having said this, Harley Quinn was 2015’s most popular Halloween costume due to the first trailer of Suicide Squad, so the fans are clearly there. And with Jared Leto’s deranged take on the Clown Prince of Crime also making its debut, my excitement for this film is high, with the line ‘I’m not gonna kill ya, I’m just gonna hurt ya really, really bad’ being one of THE trailer lines of 2015.

Suicide Squad will be bringing all things villainous to our screens August 5th.

Book of the Month: January