Only a year after the enormous success of Birdman, Alejandro G. Iñárritu returns to direct The Revenant, a tale of survival and revenge in the freezing winters of 1820s America. Inspired by true events, The Revenant sees Hugh Glass (Leonardo DiCaprio), a hunter and fur trapper, survive a bear attack, only to be left for dead by his supposed teammate, John Fitzgerald (Tom Hardy). Little does the latter know that Glass is still alive, if barely, and is hungry for revenge.

While Birdman is a modern day tale in a very urban setting, The Revenant takes audiences back to the gritty, barren outdoors. Maybe because of this, there is a very distinct hushed tone that is apparent throughout the film, which in turn adds a constant feeling of dread. For example, the bear attack that sets the plot in motion is made all the more horrific by the silence that surrounds Glass; as he screams out in anguish, the deafening quiet that follows, makes both him – and the viewer – painfully aware that no one will be coming to rescue him. This, combined with shots demonstrating the sheer size of the environment they’re in, helps to emphasize just how vulnerable these characters are – not just at the hands of each other, but at the hands of the unpredictable wilderness.

One of the most remarkable features of this film, though, is the cinematography. There is no doubt that Emmanuel Lubezki (the cinematographer of not only this film, but also Gravity and Birdman) is continuing to work at the top of his game. This film is so visually interesting, from its bleak colour palette to its brief underwater sequences: so many different pieces contribute to the fully immersive experience of the film. Most significantly, the decision to only use natural light results in a much rawer aesthetic, allowing audiences to immediately submerge themselves in the story – there’s no need for any clunky exposition. 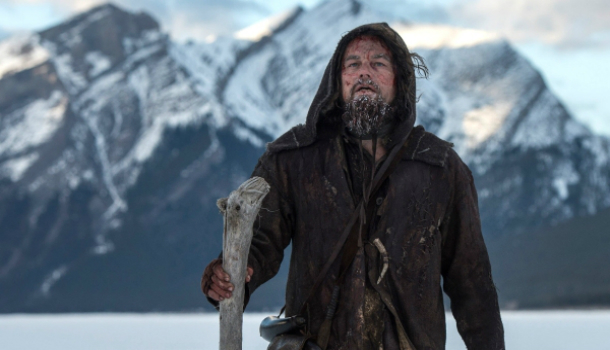 Also, as made evident by Birdman (which appears to be one seamless take), Iñárritu and Lubezki don’t shy away from drawing out a moment for longer than you would expect. Just when you think the camera will cut away, we glimpse one more emotion from a character, or one last facial expression that makes it clear why Glass has to finish his journey. Their use of the steadicam means that transitions from land to water, or walking to horse riding, seem effortless. This also contributes a sense of trepidation that continues throughout the film, because it’s almost as if nature itself embodies an apathetic, omnipresent observer of the story – in fact, it’s reminiscent of how the Overlook Hotel becomes a character in its own right, in Stanley Kubrick’s The Shining.

Another extraordinary aspect of this film is the performances. Despite his obvious lack of any morality, Hardy provides enough depth to Fitzgerald – so much so, that you begin to understand his motives, even if you don’t agree with him. However, one of the main things that most people are wondering – and indeed, have been for more than twenty years – is: could this finally be the year that Leonardo DiCaprio wins an Oscar? Based on his performance, it’s a very real possibility. There isn’t much dialogue in this film, and perhaps because of this, DiCaprio does well in communicating various thought processes and feelings just by shifting his body, or changing the way he’s looking at something. It’s these subtle distinctions in the way he carries himself, that makes this performance incredible. 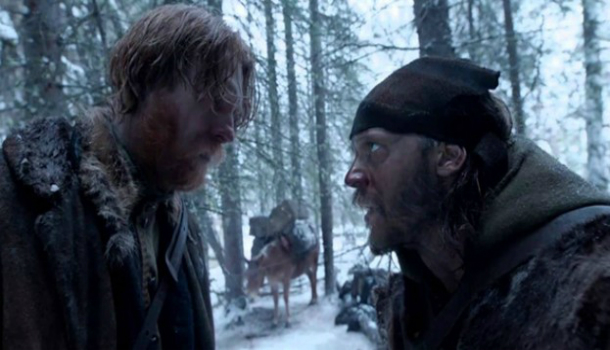 During one of the most heartbreaking moments of the movie, Glass has to lie back and watch his worst nightmare be realized in front of him. It is in this scene that you are reminded of every time Glass overcomes yet another obstacle on his quest for revenge. Although it may sometimes be implausible that any human could endure such hardships, DiCaprio displays such intense emotion and determination, that these doubts are soon quelled; you even find yourself rooting for him. But even so, as the film closes, there is an uneasiness that remains. To what extent is revenge the appropriate solution, especially when the line between perpetrator and victim becomes blurred? Go watch the film and try figure it out for yourself.

When some of the best directors, actors and cinematographers work together, unique results can be achieved. The Revenant is a prime example.