Many say that the superhero genre is fast becoming over-crowded and stale. With at least six superhero blockbusters hitting our screens this year, it certainly seems the case. Sadly Deadpool doesn’t breathe fresh air into the genre. Nope, it f*cking injects the genre with more swear words, more laughs, more nudity and more blood than you ever thought possible, and the result is glorious.

Wade Wilson (Ryan Reynolds – yeah, the Green Lantern guy, and the guy who played Deadpool in that god-awful X-Men Origins: Wolverine movie) is a cancer riddled mercenary with a wicked sense of humour and an equally crazy girlfriend. When offered the chance to be cured of the deadly cancer and become a superhero, Wade snaps it up. But then bad guys kidnap his girl and no one else is going to step in and save the day but the (now heavily disfigured) ‘Merc with the Mouth’. It may sound like a standard superhero film, and in some ways the plot offers little that we haven’t seen before from this genre. But this flaw pales in contrast to Deadpool’s main highlight: Deadpool himself.

Right from the opening credits Deadpool has the audience chuckling. Though much of the opening sequence has been seen in trailers, this doesn’t detract from the fast paced and quick witted action that is intertwined with pun-filled commentary from Mr. Pool. Many comedies leave you with the overwhelming feeling that watching the trailer ruined all the best punchlines. Thankfully, this is not even close to the case here. Every time you think the film has reached the pinnacle of its crudeness, it follows up with something even more hilariously profane. There are very few minutes in the running time that do not have at least two big laughs, whether it be making an extremely sexual pun or taking the mick of superhero clichés. 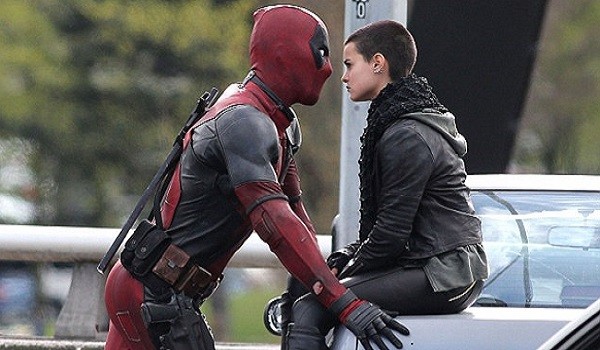 Most of the time our modern day superhero movies fit into some wider cinematic universe. Deadpool features X-Men’s Colossus (Stefan Kapi?i?) and Negasonic Teenage Warhead (Brianna Hildebrand) – though expect the third-wall destroying merc to hit the absence of bigger mutant names head on. There are also constant references to Fox’s X-Men universe, with lines that add to fans enjoyment, but do not in any way detract from the casual viewers movie experience (a line involving the changing role of Professor X earnt a particularly uproarious laugh from the audience). Both Kapi?i? and Hildebrand do brilliantly, providing us with some sense of normality, contrasting Deadpool’s insanity with more ‘level-headed’ superhero figures. This just about manages to ground Deadpool believably within the ‘X-verse’.

“He simply IS Deadpool.”

Something that superhero movies really struggle with is villains. Aside from Tom Hiddleston’s Loki, memorable bad guys are few and far between. This problem is also seen in Deadpool, with Ajax (Ed Skrein) and Angel (Gina Carano) being sinister but ultimately pretty run-of-the-mill bad guys. Only in their interactions with Deadpool do they ever become more than the countless faceless henchman that surround them and are then brutally and imaginatively dispatched by the kick-ass anti-hero.

Ryan Reynolds had been trying to bring the iconic Marvel character to the big screen for about 10 years. His love for the character, and desire to finally give him justice, is clear in his performance. Though his supporting cast is strong, and all deliver great performances, it is Reynolds who carries the film single-handedly, brilliantly embodying the essence of the complex character from the comics. The energy and humour he injects into the character are unparalleled. Even at this early stage it fair to say that, like Hugh Jackman before him, he is nearly irreplaceable. He simply IS Deadpool.

Crude, bloody and downright hilarious throughout. The superhero bar for 2016 has been set incredibly high. Roll on Deadpool 2!

P.S: This is a superhero and a Marvel one at that – Stay for the end credit scene. It will not kill you.

The Red Herrings Present: When The Lights Come Up @ Nottingham New Theatre