A Breakdown Of Kanye’s Twitter Rant Including Wiz Khalifa (And Amber Rose, And Kim Kardashian, And His Family And Wiz Khalifa’s Child)

After changing the title of his album twice, from So Help Me God, to Swish, to Waves, we have all witnessed just how indecisive he can be during his ‘creative process’. Expected to be his seventh studio album after Yeezus in 2013, fans are in sheer anticipation for his new work that he deems to be a gospel album.

However, we have been recently distracted from this delay, and one could say heavily entertained by his recent rants on Twitter about Wiz Khalifa’s apparent jab at him for tweeting “Hit this kk and become yourself”, that ‘Ye totally misinterpreted as a subtweet about his wife Kim Kardashian. This of course inspired him to fire a 17-fold thread in response to Wiz Khalifa’s ‘insult’.

Find the eventually deleted outburst below:

“Bro first of all you stole your whole s*** from Cudi”

“Second, your first single was corny as f*** and most there after”

“You have distracted from my creative process”

“4th you let a stripper trap you”

“8th I made it so we could wear tight jeans”

“9th me and Cude created this shit” 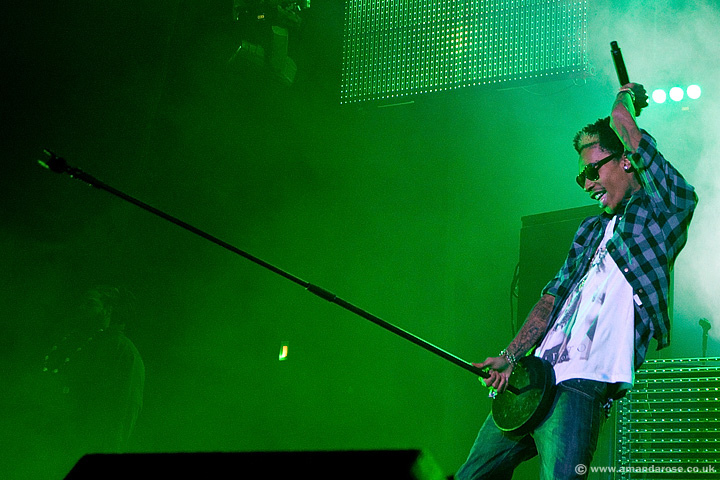 Got all of that? Good. Now the craziest part – Wiz meant Khalifa Kush in the tweet, kk meant weed. Evidently in no relation to Kim Kardashian who also happens to have the initials ‘KK’. It’s not always about you ‘Ye, certainly narcissistic paranoia at its finest. Wiz Khalifa did stand up for himself with the bold correction: “KK is weed fool. Reason’s why your not wavy. Go back to Swish.”

Quite embarrassing for the self proclaimed ‘greatest rapper alive’. Kanye did did come back to express his ‘confusion’, stating he was happy to know that KK meant weed and not a sly reference to his wife. He tried shifting the attention back to his upcoming album, but the internet didn’t let go of the incident that easily. It quickly exploded on Twitter with memes and comments.

The problem with the rant is he did wash quite a bit of dirty linen in public, unnecessarily involving people such as his ex Amber Rose, and her child with Wiz Khalifa, claiming that if it was not for him, Wiz would not even have a child. In my opinion, that’s a bit much. In his 4th shot he tweeted “You let a stripper trap you”, obviously forgetting that he was once in a two-year relationship with Amber Rose himself. Interesting. It is unfortunate that he is married with two children and still appears to very bitter about his ex and blatantly slut shaming her in the process.

Much to our delight on “banterous” Twitter, Amber Rose soon came to her own rescue with a fairly revealing tweet:

“Aww @KanyeWest are u mad I’m not around to play in your ***hole anymore? #FingersInTheBootyAssBitch”.

As in her own right she might’ve found Kanye’s seemingly weet offensive, this tweet was apt for the perfect comeback in that regard.

“Exes can be mad but just know I never let them play with my a** … I don’t do that … I stay away from that area all together.”

It was a tweet that really brought down the tone of the day of everyone who saw it. Do we believe Kanye? Does anyone care? Or we’re all just going to drop it and wait for Waves’ release on February 11th? By the way, Wiz Khalifa also has album due for February 5th… Maybe just enjoy the albums…?