Loving Vincent – The Upcoming Masterpiece That Will Make Cinematic History

Arts students everywhere died and went to heaven when the stunning new trailer for Loving Vincent was released this week. Told entirely through oil paintings – 12 per second, to be exact – the biopic of the life of Vincent Van Gogh is set to make cinematic history as the first fully painted feature film ever made.

Written and directed by Hugh Welchman and Dorota Kobiela, the film is being produced by Trademark Films and the aptly named BreakThru Films. It comprises a cast of rising stars such as Saorise Ronan, Douglas Booth, Eleanor Tomlinson, and Aidan Turner. There is no set release date as of yet; the filmmakers are still recruiting talented oil painters to travel to Poland and help them complete the gargantuan project.

Welchman is no stranger to innovative filmmaking; in 2006 he won the Oscar for Best Short Film (Animated) with Peter and the Wolf, a model animation told entirely through music and visuals. Mixing his experience with Kobiela’s vision of combining her animation skills with her passion for oil painting, Loving Vincent looks set to be a captivatingly beautiful film and a true breakthrough in creative twenty-first century filmmaking.

Van Gogh’s struggle with depression and his apparent suicide are as well-known as his self-portraits, but Kobiela and Welchman want everyone to know that there is so much more to the man than his tragic legend suggests. If you ask the average person what they knew about the man behind ‘The Starry Night’, the first thing they would probably tell you is that he once cut off his ear and gave it to a prostitute. What they may not know, Kobiela says in their Kickstarter campaign, is that Van Gogh was a man with an extraordinary passion for the world, and wanted to share his view of it through his art. In their eyes, his suicide does not situate him in a long line of tortured geniuses, but poses a mystery they hope to uncover – at least in part – through their film. 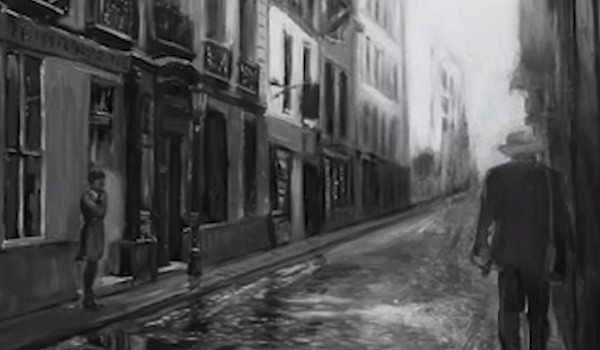 In his penultimate letter to his brother in 1890, Vincent Van Gogh wrote: ‘the truth is we cannot speak other than by our paintings’. Taking his immortal words to heart, the film will riddle out the life of Van Gogh as seen through his own paintings and the characters which appeared in them. His 800-plus personal letters have not only been a ‘tremendous inspiration’ to the filmmakers, they also provide much of the narrative for the movie.

Such a venture is the ultimate labour of love – and after viewing the trailer there isn’t a Van Gogh fan in the world who could be disappointed. Loving Vincent is pioneering a mesmerizingly visual means of storytelling; by blurring the line between painting and filmmaking it tears down the line between life and art. Whatever it uncovers about the mystery of Vincent Van Gogh’s death, the film will surely do justice to the life and art of a true legend.

Impact On The Campaign Trail: Day 3