Will Robots Take Over?

Impact reports on the British Science Association event ‘Who controls the robots?’, discussing the impact that the recent, rapid advances in robotic and autonomous systems will have on society with UoN experts: Dr Noah Russell, Professor Sarah Sharples and Dr Gary Burnett.

Imagine a robot that could clean your house for you. There’d be no more fights over dirty dishes or arguments over whose turn it was on the cleaning rota. Robotic autonomous systems (RAS) are technologies capable of performing repetitive tasks and making decisions without guidance from humans, such as helping with household chores and enabling driverless cars. Most of us would see this development as a blessing, but are robotic and autonomous systems (RAS) truly a blessing or are they simply a path to negligence and the loss of our own autonomy? In a recent British Science Association event, three UoN experts were asked for their opinions on RAS technology.

“Do you think robots will take over our jobs?”

Professor Sarah Sharples – “It is doubtful that RAS technology will take over all of our jobs. In some cases machines will overtake human capabilities, such as identifying patterns on X-rays. At the end of the day humans are at the mercy of fatigue, distraction and boredom. Despite this there will still be areas where humans excel for a very long time. These include skills such as: improvisation, long term memory storage, spontaneous memory recall, socialisation and the ability to exercise judgement. Although some trains, such as the Victoria line, have become fully automated, only a train driver will still be able to provide the safety and reassurance desired by passengers.”

Dr Noah Russell – “RAS technology will therefore not reduce the jobs available, because people will still prefer human interaction. Many people still choose to be served by a person at a supermarket checkout rather than use the autonomous checkouts. Inevitably is likely that RAS technology will create more jobs, rather than replace our current jobs. Although we need to be aware that the motive of big companies will be to generate a profit and not to create new jobs.” 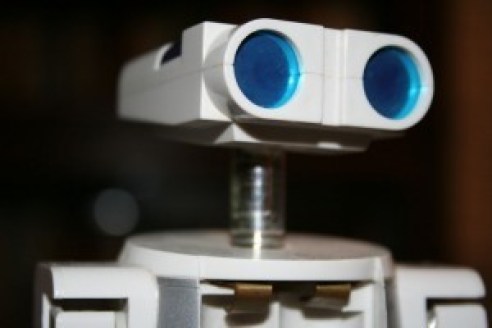 What is the potential for future technology?

‘Could we ever create a robot capable of performing human skills?’

Dr Noah Russel – “Programming a system advanced enough to improvise won’t be possible for a long time. If we want really intelligent systems like this, they would need to be self-learning and to do this they would have to be capable of ‘sensing’ and processing the environment around them. However, it will be highly unlikely that we will all have personal robotic slaves in the future, because not only would they be too complex to programme, there would not be enough resources or space on the planet for them.”

Dr Gary Burnett – “RAS technologies need the ability to communicate before they can exceed our human abilities. If we carry on developing driverless vehicles for example and they become more ubiquitous then they would need to be able to communicate between each other. Only at this point could we eliminate the need for a driver.”

“What are the negatives to robots?”

Professor Sarah Sharples – “If we can’t interact with robots on a human level, then we won’t be able to form social bonds with them. Therefore many people will still choose a real person and animal over a robotic system. It is also unlikely that robots will reduce the length of a working day as we may optimistically think.”

Dr Noah Russel – “Our primary concern about RAS technology should be on military applications, such as drone warfare, which is already being implicated across the world. Misuse of this technology can be devastating and can decimate communities, and it is already known to be ten times more deadly than traditional warfare.”

Dr Gary Brunett – “Another negative can be that people begin to depend too heavily of RAS technologies. Although at first people can lack trust in them and be very sceptical about their applications, once they become ubiquitous it can be problematic that people become over trusting.  This has been particularly noticed in the development of navigation systems in cars. People can blindly following Satnavs down the wrong road, resulting in car crashes, because the driver was only paying attention to the satnav.”

“How could robots benefit our lives?”

Professor Sarah Sharples – “There is the potential to help those with disabilities, improve transport and has the ability to free up time so we can work on more important tasks.”

Dr Gary Brunett – “RAS technology has the potential to improve the safety, comfort, enjoyment and efficiency of driving, but that we must still appreciate its risks.”

“Are we becoming less intelligent and less autonomous?”

Dr Noah Russell – “As technology becomes more intelligent and autonomous, we will lose our autonomy and intelligence. This can already be seen with call-centres and supermarket checkouts, where you are expected to modify your behaviour to the supermarket script. Our society will essentially become more homogenised and this is worrying.”

Dr Gary Brunett – “People were once very sceptical of RAS navigation systems in cars and thought that they would lose the ability to read paper maps. However once exposed to this technology their views changed. We haven’t lost our ability to read maps, but there are still problems with autonomy since blindly following satnavs has resulted in car crashes.”

“What is the conclusion?”

Although we may not be collectively in control of the future path of RAS technologies, we do need to try to make active and informed decisions about how we interact with RAS technology and how they will influence the future.

Header image by geralt via pixabay

Will EU Spare Us the Referendum?