Can We Trust Big Pharma?

Big pharma is an area of industrial science that many are cynical about; who can say this is entirely unjustified? Horror stories range from NHS pharmacy directors being provided with only restricted access to proper evidence from drug trial to neglect for treatments and cures of rare diseases due to their limited commercial potential. Profiteering from people’s misfortune breeds a sense of mistrust that may prove difficult for the industry and companies within it to overcome.

One must concede that massive pharmaceutical companies such as GlaxoSmithKline (GSK) and its predecessors, SmithKline Beecham, have been involved in some shocking scandals. In 2012 GSK was forced to pay out $3 billion cumulating from: a criminal fine, forfeiture and $2 billion to cover a civil settlement with the government for ‘false claims’ after pleading guilty to criminal charges. These charges included promoting unapproved anti-depressants for under 18s and a failure to report data which indicated a diabetes treatment may have increased the risk of heart attacks. Other charges included providing doctors with incredibly expensive incentives, such as luxury retreats and speakers’ fees of $2500. More distressingly perhaps was a fragrant attempt to subvert the scientific integrity of medical academia with use of CASPPER, a ghost writing program in which doctors were paid to submit favourable articles about GSK products. There have been cases of academics and doctors being ‘encouraged’ not to publish studies.

Similarly damning are tax-evasion issues. In 2006 GlaxoSmithKline paid $3.1 billion to the U.S. Internal Revenue Service, the largest settlement in IRS history to resolve a 17-year dispute.  GSK is not by any means the worst offender in the industry; Pfizer, the world’s biggest pharmaceutical company, has paid out on charges ranging from defective heart valves linked to 500 deaths, to violating whistle-blower laws.

“GSK was forced to pay out $3 billion cumulating from: a criminal fine, forfeiture and $2 billion to cover a civil settlement with the government”

So what can redeem such companies in the eyes of the people it sells its products to? A fair but critical evaluation of its impact might go a long way towards achieving this. GSK has funded and contributed to a range of philanthropic programmes, from providing healthcare to some of the poorest people in the world to supporting vaccination programmes that states and NGOs struggle to fund. Six billion albendazole (Albenza) tablets have been donated to eliminate two neglected tropical diseases, reaching over 760 million people. The company has pledged to continue to provide 600 million albendazole tablets until lymphatic filariasis (a disease caused by parasitic worms) has been eradicated. In 2009 GSK pledged to cut drug prices by 25% in 50 poor nations and contributed their research data to a patent pool for under studied diseases. In 2013 GSK joined a British campaign, Alltrials which seeks to raise the standards for registration and reporting of clinical trial results and is committed to make its past clinical-trial reports immediately available and future ones available within a year of the studies’ end. Pfizer has received 100% on cooperate equality index adjudicated by the Human Rights Campaign foundation since 2004. 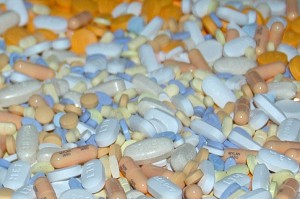 Although undoubtedly the company receives a variety of payoffs from their investment in education, including the University of Nottingham, through this they contribute to perform novel and rigorous research and development as well as provide educational opportunities for talented students. Their recent decision to drop patents in poorer countries has been hailed as “a brave and positive step towards broadening the access to important new medicines in the developing world” by Professor Raymond Hill, former President of the British Pharmacological Society. For a conglomerate of their size, the economic dent on their revenue is likely to be negligible.

How do we reconcile this sort of seemingly altruistic behaviour with some of the deplorable scandals this company has been involved in? The answer is not to treat this industry as a monolith; when there is corruption, it is dealt with, fined and prosecuted. We mustn’t make the false assumption that because some malpractice has been identified, the whole system is corrupt top down. In an industry regulated by multiple government agencies, with largely ‘ethical’ policies, our default assumption should be innocent until proven guilty. Business is tough, particularly international business worth billions of pounds, dollars and euros; terrible practices may slip through the cracks of regulation. Financial reward may incentivise normal people to do immoral things but the infrastructure is there to regulate and punish them. We must be extremely weary of undue influence in academic circles. Consumer safety must be paramount and we must be uncompromising in our legal action against and condemnation of corruption, but we must also be rational and not take malpractice as a given.

Are we then to take companies like GSK at their word? Are they ‘good’ now or can we chalk this down to a publicity stunt? A business has a variety of needs and goals; it is unlikely that suddenly international pharmaceuticals have experienced a massive ideological shift and profit is now irrelevant – a good public face is obviously an objective. However this doesn’t negate the good that they do. Although profiteering feels inherently self-interested, the profit margin they have affords them economic and medical utility. 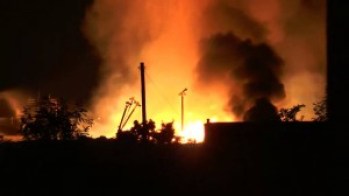 When asking the question of ‘is big pharma good?’ we need to modify this question into a less naïve one. Would we be better off without them? To this I say the answer is undoubtedly no: they supply our drugs, a range of drugs that allow us to treat common infections on a national scale and make use of the most modern chemotherapeutic agents. GlaxoSmithKline employs 101,000 people in 150 countries, more than a third in emerging markets, many of whom are highly trained experts. Positive changes should be made and it would be impossible to say with confidence that large scale scandals are avoidable. It would also be better if they didn’t produce useless ‘cold therapies’ for lucrative placation of the public instead of driving more effort into treating less well known ailments. We cannot take the robustness of the regulating bodies for granted. Perhaps like any outsider we see changes that we think ought to be made.

I leave you with a thought: it is worth consideration that not even Jeremy Corbyn has suggested nationalising the pharmaceutical industry. It may be that our best hopes for sustainable pharmaceuticals in the future reside in a well-regulated and modern company like GSK.

Where Is Your ‘Ivy Park’?