The Secret Life of Bones

“Dem bones, dem bones, dem dancing bones…/ The foot bone’s connected to the ankle bone…!” – The fact that the skeleton serves as a structural framework for the body and allows for movement is just that, a fact, and a well-known one at that. In school, answering ‘protection, support and movement’ would earn you full marks for the question ‘what are the functions of bone?’. So in my mind, bone was this concrete scaffold inside us and that was all there was to it. Unsurprisingly, I was later wary when told there was this cavity in the middle of our bones where our blood cells were made!

Bone is not an inert object, this is obvious when we think of how we grow from infants to adults and then start to lose height again as we reach old age – and how we can repair ourselves after breaking a bone. Our skeleton is an active, living organ that is constantly being broken down (called resorption) and reformed in a process called remodelling. As a result our bone mass is a balance between resorption and formation, and starts to tip towards resorption once we reach past our 30s, with a number of factors affecting the rate of decline, such as smoking and exercise. 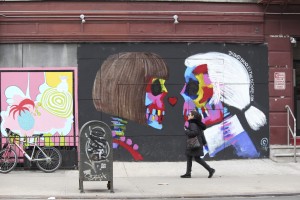 Recent research has suggested that there is more to bones than merely their structural strength, they can also secrete hormones.

The big secret of bone that has been revealed is that it is, in fact an endocrine organ, meaning that bone cells can secrete hormones. What these hormones do exactly are still being researched and are not yet fully understood. Interest however in deducing their roles is increasing considerably. Within bone, the hormones are primarily involved in regulating the re-modelling explained above, but in the last few years a number of studies have found that they can also act outside of the skeleton and have effects in other parts of the body. It is now widely accepted that the functions of bone lie well beyond what was classically thought.

“Bones are, in fact, endocrine organs, meaning that bones cells can secrete hormones”

One of the hormones, called osteocalcin, is particularly exciting and has been referred to as ‘a four-season molecule’ due to its many functional features. For example, it has been linked to male fertility – it has been shown to regulate testosterone production in the male testes, which is the main male sex hormone required for normal sperm development. Although more research is required, it has also been demonstrated that osteocalcin could increase signalling in the brain, improve motion, and discourage anxiety and depression. 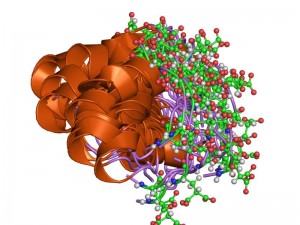 The hormone osteocalcin, which is developed inside bones, can act upon a variety of processes in the human body.

Energy metabolism and diabetes is another area in which osteocalcin has been discovered to play a role.  Some studies have found osteocalcin concentrations in type 2 diabetic patients are lower than in those with normal glucose tolerance, although results overall from a number of studies are conflicting. However, this and other evidence indicates that higher osteocalcin levels may influence a better metabolic profile. Similarly, osteocalcin is said to regulate energy metabolism through effects on insulin.

Osteocalcin has also been implicated in cardiovascular disease. Vascular calcification is a process involved in atherosclerosis and occurs when vascular cells start changing into bone-like cells and causing calcification of the vessels. This process resembles bone formation and a number of bone proteins are known to be involved in the regulation of this complex process. Nevertheless, the role of osteocalcin remains controversial and has yet to be determined.

All in all, our bones are doing so much more than keeping us upright. There is a wealth of discoveries yet to be made and who knows what else could be hiding in our own skeleton’s closet!

“It’s such a spectacle”: Gafar Kuku on American Football Varsity