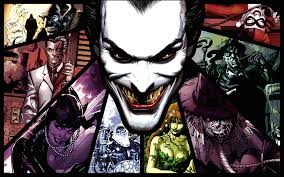 It’s time for another Impact scrapbook! This time, we’re reviewing the best Villains in Film and TV in honour of the release of Suicide Squad. From Hans Lander to Moriarty, we’ve narrowed it down to our favourites:

A Spider in a web.  A good old fashioned villain.  Mr Sex.

These are just some of the ways the newest incarnation of the most famous Sherlock Holmes villain has been described in the tv show Sherlock and they are certainly accurate.

Brilliantly acted by Andrew Scott, this Moriarty is a superb blend of unhinged psychopath and criminal mastermind, but what is most compelling is the odd charisma the writers and Scott have generated around him.

Even though (SPOILER) he dies in the Reichenbach Fall, the show and its viewers just can’t seem to get enough, allowing for a return not only in series 3 and the special, but also in series 4, due to hit our screens next year.

“The Moriarty this show creates is an excellent example of why he is an iconic and recognisable villain.”

Unlike some villains, it is not when he is yelling that is the time to panic, but when Scott softens his voice and becomes playful, like a cat baiting a mouse to come out of hiding before it pounces.

This causes unease that not only the other characters feel, but also the viewers, as everyone knows he is up to something, but the question will always remain as to what?

The Moriarty this show creates is an excellent example of why James Moriarty is such an iconic and recognisable villain but with twists and changes that make this particular version a stand-out character in himself. 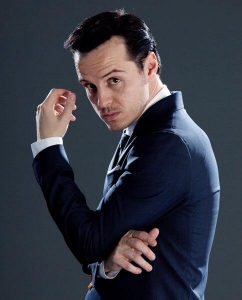 From the beginning of Inglourious Basterds, Quentin Tarantino’s alternate-history epic, it becomes obvious how Hans “The Jew Hunter” Landa (Christoph Waltz) got his nickname, as Tarantino carries out perhaps the best example of one of his trademark long scenes.

“Very few villains can be evil in four different languages”

In particular, when Landa whips out his laughably superfluous, Sherlock Holmes-esque pipe, we know that this is a villain like no other. This opening not only prepares the audience for an intense story, but also for one of the best antagonists of all time.

As the film continues, this high standard is consistent. Perhaps most impressive is the way in which Landa effortlessly switches between English, German, French and Italian – very few villains can be evil in four different languages, but he manages to pull off this feat.

In the role that catapulted him to Hollywood fame (he also won an Academy Award for this role), Waltz is superb. The snap changes in his facial expressions – from amiable smiles to stony-faced calculation – means every moment of his screen time exudes unease, ensuring that the audience is left guessing what this unsettled mass murderer will do next.

In a film full of beautiful cinematography, distractingly hilarious writing and a cast at the top of their game, Waltz’s Landa still manages to hold his own, right up until the bitter end.

Kevin Spacey’s Frank Underwood of Netflix’ House of Cards is undoubtedly one of TV’s best villains. A man purely driven in his pursuit of power and will stop at nothing, to achieve it.

We’ve watched him backstab the President of the United States, manipulate members of Congress and even murder. For anyone unfortunate enough to stand in his way, Frank is unapologetically ruthless.

Unlike other villains in this list, who perhaps have back stories that explain their bad behaviour; Frank seemingly has no redeemable qualities, making him all the more complex and, delightfully evil to the core. And deep down, we all love a good villain.

But it’s not so easy to route for them, because very few pose legitimate threats to our much loved heroes. Well not Frank. He, alongside his ‘sidekicks’ Doug Stamper and wife Claire in whom he is equally matched (unforgettably threatened the life of an unborn child – all in the name of a lawsuit), are always ten steps ahead of the game.

Spacey’s breaking of the fourth wall, hinting at what is to come, makes us accomplices in his treachery. But knowing we’re on the winning side means we do so with glee.

It would seem that for once evil trumps good. Because four seasons later, it seems there is nothing that Frank Underwood cannot get away with.

If you’ve made it this far down the list then you’ve read about film and TV’s worst of the worst, the epitome of mischievous and villainous characters who will stop at nothing to achieve their goals, yet all of them combined would fret in terror at the sight of the Joker.

The quintessential definition of evil across all mediums, what separates the Joker from any other villain are his goals.

“All he does, he does to prove a point, and that’s it”

You could say Batman is the Joker’s enemy sure, and you’d partially be right, yet he himself admits he doesn’t want to defeat the caped crusader. What the Joker is fighting goes much beyond the Batman, it is humanity itself.

From trying to get Gotham citizens to blow each other up during evacuation, to turning Gotham’s most rightful man (Harvey Dent) into a two-faced murderer who leaves the fate of his victims up to luck, the Joker goes all out to show everyone that any form of control or perception of rightfulness is a farce, and chaos is the only true thing about the world. All he does, he does to prove that point, that’s it.

Of course, he needs for people to believe in rightful behavior to begin with, hence the Batman.

They complete each other; Batman represents the feeling of order that gives the Joker a reason to exist, and the Joker is the living representation of everything Batman seeks to destroy.

Neither can exist without the other so neither can defeat the other. As the Joker himself says “this is what happens when an unstoppable force meets an immovable object”.

The fact is that for as long as the hero exists, the villain can never be defeated, and this is what makes the Joker truly the most terrifying bad guy in existence.

In the end, even though he is apprehended, he has shown the city heroes can be corrupted, turning the whole of Gotham against the Bat. He has won, the Batman ceases to be, and subsequently he disappears, leaving Gotham a much more sinister place than when he came into existence.

All of this without even mentioning how personal he gets into his deaths and how much he enjoys to emotionally and physically torture and scar everyone he gets his hands on.

Jack Nicholson did a tremendous job in the 80s and Jared Leto is surely the man to bring the clown into the new DC cinematic universe but to me, Heath Ledger’s performance as the Joker will forever be the exemplary depiction of what a villain looks like. 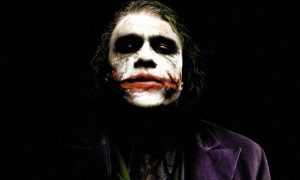 A Cake Fit For Queen Victoria