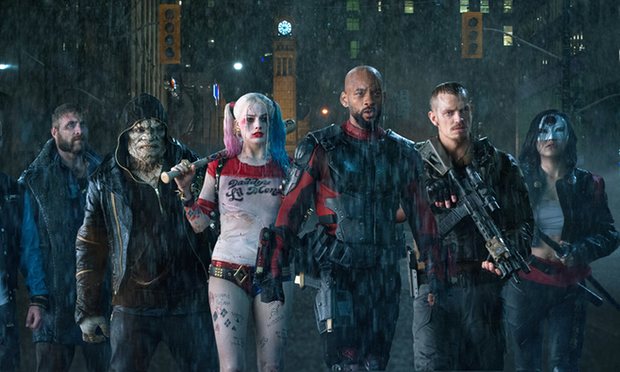 This August saw the release of the most anticipated movie of the year, Suicide Squad, Warner Brothers’ second attempt to garner a fan base behind the DC Cinematic Universe.

We’re asked, what happens when the most dangerous, deranged and damaged individuals are forced to come together?

For the most part, the studio gives us what we’re looking for; all hell breaks loose and we have a lot of fun watching it happen. But this is not without its major pitfalls.

“Our supervillains become super-wusses: from criminals to heroes”

The first ‘act’ of the film does well to iron out any worries we might have about their motivations. What could possibly force self-serving, supervillains to work together?

If any group of people could outsmart their way out of a government deal with no morals or seemingly any superheroes holding them back, surely it’s these guys?

So what’s stopping them? Only Amanda Waller, played by Viola Davis,  architect of the Suicide Squad and arguably the only character that gives the film its much-needed edge.

But as the film goes on, our supervillains become super-wusses; from criminals to heroes in times when no one has forced them to be the latter. 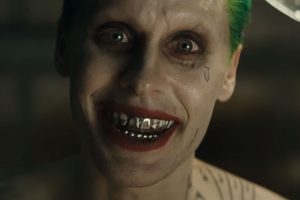 Suicide Squad, of course, welcomes the latest incarnation of the Joker, played compellingly by Jared Leto, who brings us a whole new level of in-your-face obscene and crazy.

Unlike past Joker’s in film and the original source material, much of whom fell in a tank of chemical waste, hence explaining his iconic green hair and white skin, Leto’s Joker has chosen to dye his hair and adorn himself with designer clothes and tattoos.

Trying to pull off an ‘edgier’, character only highlights that this Joker is quite vain, which immediately makes him less scary. Yes, Leto exudes “bad boy of crime” but at the expense of the much needed sadistic and psychotic quirks of this character.

Not pushing the characters far enough continues to be a problem that runs throughout the movie.

Both Harley Quinn and Deadshot countlessly try to remind audiences and it would seem themselves, that they are “the bad guys”.

Yet, this is nearly always followed with scenes where they try to redeem themselves and save the day, without being asked. It can be argued that this raises good questions such as, what distinguishes bad from evil?

“Because the film has been cut to within an inch of itself, the one-liners fall flat”

Blurring this line between villain and antihero renders for a very lukewarm result. Rather than push the 15 rating boundaries with sharper dialogue, more hard hitting violence and remind us that these are the people we’re meant to fear in this universe, it’s all rather tame.

What the film has failed to understand, is that audiences delight in callous, reckless behaviour if executed well, and this is what we came for. 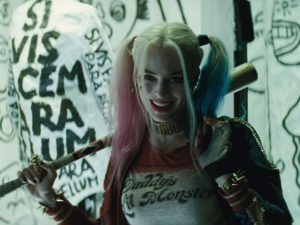 Having said this, Ayer completely nails the complexity of DC’s own Bonnie and Clyde – Harley Quinn and the Joker. Together, Jared Leto and Margot Robbie bring the eccentricity, psychotic and obsessive nature of this relationship; setting us up nicely for Harley’s rumoured standalone film.

In taking time to develop some characters, however, the majority are neglected.There are glimpses of magic from Jai Courtney as Captain Boomerang for instance, but he isn’t given enough to do as an actor and is thus both massively underdeveloped and underutilised.

Again, the general consensus for the film. Don’t get me wrong, there are strong performances and everyone is doing the best with what they’re given.

Will Smith’s Deadshot, alongside Robbie’s Harley Quinn for instance, are heavily relied upon for comic relief. To achieve successful comedy, comedic timing is everything. Because the film has been cut within an inch of itself, all their one-liners fall flat and so ultimately, the editing of the film does these performances a mighty disservice.

The film also suffers from that tale old tale of not having a strong “ultimate” villain. What is perhaps most  frustrating is that, for once, this is not down to the script, but rather giving such a pivotal role to the weakest acting performance, Cara Delevingne.

Our introduction to Enchantress is spine tingling and one of the most visually stunning moments of the film. The magic however dies soon after in a performance that, frankly, is excruciatingly forced, unconvincing and awkward.

Worse than this performance is Enchantress’ powers, making out with her victims to turn them into metahumans while simultaneously gyrating; highlighting the camera’s hyper-sexualisation of all its female leads in this film. 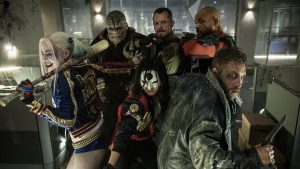 At the end of the day, Suicide Squad gives you a fun day out at the cinema. But the mediocracy of its action doesn’t provide a good enough distraction from its gaping flaws and plot holes.

What is more, the style and tone of the movie is completely mismatched and lacks the darkness, chaos and true grit that we expect from supervillains.

Media Sourced from YouTube, Twitter,The Guardian and The Standard

Interview: Sahara at Y Not Festival

No Man’s Sky; Why Oh Why