Interview: Sahara at Y Not Festival

Dundee rockers Sahara sport a mean, lively indie rock sound. Their melodic guitars and an energetic rhythm section combine brilliantly with a timid and raw voice that isn’t a stone’s throw away from that of Tame Impala’s protagonist, Kevin Parker. We briefly caught up with the band at Y Not Festival after their brilliant performance on the Allotment Stage.

Impact: How was the first gig in England?

Sahara: Amazing. We can’t believe that many people came to see us – especially being the first band on. On the way down we were even saying that if nobody came (which is exactly what we were expecting) then at least it would still be a good experience – we never in a million years would have thought we’d pack out the tent.

I: What’s the verdict of the festival?

S: The festival was great. The majority of people at Y Not seemed to be genuine fans of music and not just there for the festival experience. They were open to discovering new bands which is what it should be about. Because we’ve all been to T in the Park loads of times, we couldn’t help but compare the two but they’re both different and good in their own ways. Jack Daniels and This Feeling were also brilliant with the bands and looked after everyone really well which was great to see. The tent on the Saturday night after all the bands had finished was definitely a highlight for us. 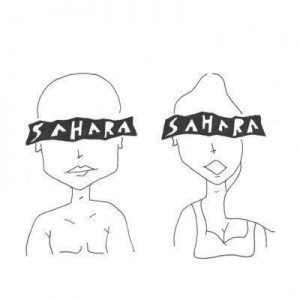 I: What are your plans for the next year?

S: No idea. Probably new music and playing more gigs around the country. We loved Y Not so it would be good to play more gigs on a similar level to that.

I: Have you considered touring around England, and could Nottingham expect to see you around soon?

S: We’ve considered it and it’s something that’s definitely on the cards for the future, it’s just finding the right gig and getting the money to go down.We’re looking to just build/promote ourselves more online and through playing higher profile gigs to reach a bigger audience, so that people would actually turn up if we were to have gigs elsewhere. We have a few mates in Nottingham – it would be good to play there, seems like a cool city.

You can find Sahara’s debut EP on Spotify, Soundcloud and iTunes.

Images courtesy of Y Not Festival and Sahara via Facebook