An Introduction To: Alexandra Savior 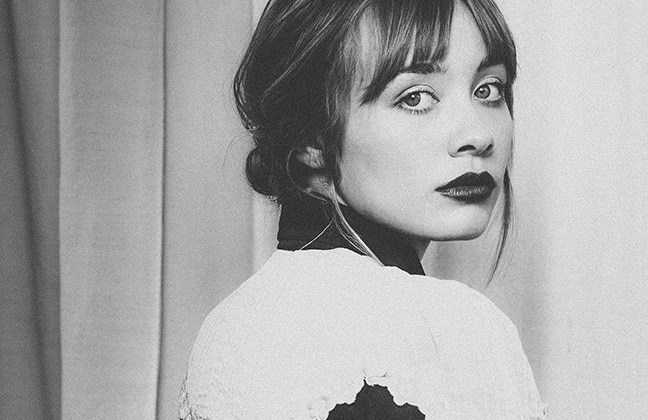 0 October 21, 2016 09:00 by Maddy Hay
Many are still yet to hear of the name Alexandra Savior; though that may not be the case for much longer if her array of famous friends have anything to do with it.

The Portland, Oregon born singer-songwriter has already amassed somewhat of a cult following around the globe, arguably through her intrinsic, interesting array of sounds which draw in support from a wide range of fans. Her music is both melodic and edgy; at first listen it draws similarities to Lana Del Rey and wouldn’t seem out of place on a record such as the Arctic Monkeys’ Suck It and See.

It was last summer which saw the American break into relative stardom when a demo of her song ‘Risk’ featured in the second series of TV show True Detective. Fast forward a few months and another single named ‘Shades’ appeared. It features a catchy synth drum beat and effects-ridden guitar chords which suit Savior’s angelic voice. A strong chorus helps to emphasise the idyllic lifestyle of a lavish summer of a rock star, spent in LA.

It is easy to see similarities between Savior’s songwriting and that of Arctic Monkeys and Last Shadow Puppets frontman Alex Turner, who is listed as a co-writer for all of the American’s songs. Having met Miles Kane at a party and jokingly suggesting the possibility of a Turner-Savior partnership, it is incredible to realise the strength and choreography of the pairing.

The two met every single day since their first meeting until the album was completed. Clearly, they have developed an incredible songwriting partnership which still seems a little surprising, especially considering Turner’s commitments within two other world-famous bands.

It is assumed that Savior has been working with the British rock star ever since the touring period for the last Arctic Monkeys album AM was completed. Turner admitted to the NME that all of his projects were on hold except for one, which happened to be his co-writing and producing with Savior. Clearly she is held in high regard within the camp – she is also credited with the lyrics for the recent Last Shadow Puppets single ‘Miracle Aligner’.

“Turner’s input will most probably be low, thus giving the deserved spotlight to Savior’s brilliance”

Savior’s latest single ‘M.T.M.E’ continues to build excitement around the mystery which surrounds her. Like ‘Shades’ it makes good use of effects and synths and wouldn’t sound out of place on the soundtrack to a James Bond film.

Who knows how large a role Alex Turner will play in the early development of Alexandra Savior’s career. Already he has joined her on stage at Hollywood’s Hotel Cafe where they covered a faint version of ZZ Top’s ‘Tush’. However, beyond co-writing and appearing at the odd gig it has to be said that Turner’s input will most probably be low, thus giving the deserved spotlight to Savior’s brilliance.

Her debut album Strange Portrait is due for release in the near future, though no official date has been announced. However, if the music she has released and the reputation she has amassed already is anything to go by, Alexandra Savior is certainly set to take the world by storm over the coming years.

Clarks Has Upped Their Game in the Footwear Department