Has ‘Sherlock’ lost its heart? (or was that Mary?)

Sherlock is more an event than a television series, having enjoyed consistently high ratings since its first release in 2010 and being, since the second series, a great way to hark in the new year. After the overblown ending of Series 3, fans have been waiting three years for this (2016’s one-off special episode, ‘The Abominable Bride’, was little more than filler), and the episode, which already had a lot to live up to, is put under even more pressure because of it.

We know it’s Sherlock, we know that it’s going to be entertaining – so in this review, the important question to ask is: compared with the 10 feature-length episodes we already have, does ‘The Six Thatchers’ hold up?

From the get-go we sense that a change is coming for the series. Sherlock’s eccentric behaviour in the pre-credit scene is uncharacteristic to the extent that the first five minutes feel more like a David Tennant Doctor Who episode than Sherlock, and the fact that the writers have Sherlock tweeting throughout the first ten minutes of the episode is downright bizarre and inconsequential. After the credits, Cumberbatch delivers a soliloquised version of Appointment in Samarra, a story about the inevitability and inescapability of death, setting a tone for the darkest Sherlock episode yet.

Unfortunately, it is not just the tone but the plot itself which seems to lack direction. The most exciting moment of the episode is the crime that is introduced ten minutes in, seeming to be a step away from the overblown theatricality of recent episodes and back to a more streamlined Sherlock. Sadly, this crime is solved ten minutes in and serves little function in the plot but to introduce, deux-ex-machina style, the next act of the episode – and, along with it, a series of loose threads which take too long to be explored. And, in the words of Mycroft Holmes, “I don’t like loose ends.”

In my opinion, Sherlock seems to have fallen into the category of final-book-split-into-two movies, Star Wars and Marvel films, each episode being an advertisement for the next, focusing on delivering a constant set of tension and great big cliff-hangers rather than solid stories. But these cliffhangers are not just in-between series anymore: certain characters and ideas are introduced but not explored, making this feel like a third of a trilogy rather than an episode in a television series.

Not only this, there is so much foreshadowing in the episode itself that the James Bond-like climax, which had the potential to be the most emotional scene of the series so far, loses its impact and, due to it being teased and delayed for thirty minutes, is actually quite predictable, and leads to some questionably uncharacteristic post-climax actions by a certain character which seems to have no function but to introduce conflict in later episodes. 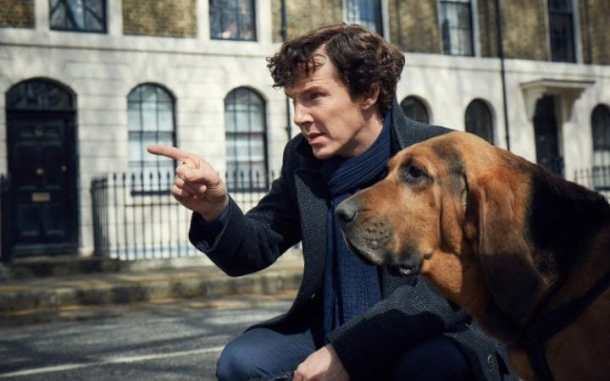 Sherlock has always been praised for its cinematography, however after three series the interesting camera angles and words floating in the air are starting to lose their freshness, and the only interesting new piece of cinematography we see is a short scene involving a dog which, ultimately, plays no part of the narrative – it seems as though the show’s creators realised audiences would want some new interesting camerawork that they just tacked on a scene rather than work original cinematography into the existing story.

“Surely ‘an Appointment in Sumatra’ would have been more fitting?”

Nonetheless, It’s still Sherlock, it’s still theatrical, well-scored and entertaining, but oddly paced with a bizarre middle-section montage and recycled jokes and basic, non-plot-driving deductions which we have seen since episode one, that it seems to have lost its magic. I know it’s a minor issue but even the title itself seems off – surely ‘An Appointment in Sumatra’ would have been more fitting?

Of course, there are still some brilliant moments. Sherlock and Mary’s relationship is expanded on and genuinely touching, and we get our first proper hand-to-hand combat scene – however, its resolution, or lack thereof, leaves audience scratching their heads as the BBC treats us to yet another massive slice of deux-ex-machina. 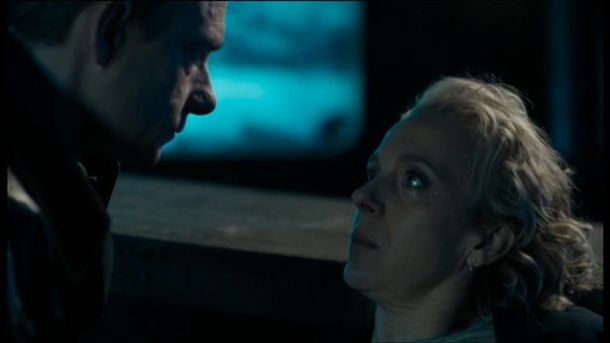 The episode really comes into its own during its second half, when it ditches the ‘this is still Sherlock’ mentality and embraces what it has become – a straight-to-TV action movie. Sherlock is and always will likely always be some of the smartest and highest-quality television out there.

The dark moments are truly spectacular and some scenes are brimming with tension, and on second watching, after the plot has been digested, they seem to work even better – Sherlock proves that it is capable of upholding a watchable story without a basic murder plot, but certain scenes skirt too closely to self-parody and the downright bizarre that this episode is arguably the most disappointing yet, though with a bit of polish ‘The Six Thatchers’ had the potential to be an exciting introduction to a new phase of Sherlock.

However as it is this episode exists to facilitate the progression of the overall story rather than in and of itself, and hopefully by the end of this series all the loose ends will be tied up so Sherlock, should it ever return for a fifth series, can go back to doing what it does yet – delivering some high-quality crime drama full of innovation, character and what is most obviously missing from this new episode – heart.

Media courtesy of The Telegraph, The Guardian & Screenrant

New year, new me: how to make the most of your time at university