Disorders In Drama: how mental illness is framed in the media

The evident stigma surrounding those with mental health issues is slowly dissipating as our awareness of the issues increases. However, this hasn’t stopped the display of some negative stereotypes and attitudes to disorders in modern society. The most common cases of this are in film, T.V. and even the news, and the portrayal in these mediums is beyond frustrating.

Whilst the understanding of those with mental health issues increases professionally, and cruel treatment in asylums such as Bethlem is thankfully a thing of the past, the silver screen appears to be running behind. Characters with mental disorders are very rarely portrayed as the protagonist in film, and if this is the case, it’s usually via a savant form of autism; even this is used in a very over simplified way.

The depiction they provide essentially allows writers to give their characters genius level intellects, such as with Will Graham (Hannibal), and Raymond Babbit (Rain Man). In such cases, the hero is often shown to be supremely smart, yet unable to function and is at the core of it, joyless. This is quite a wounding depiction when considering that we are talking about a scale we all have a place on. 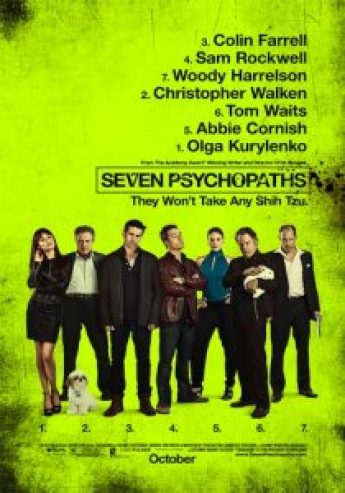 So if mental disorders are more usually associated with the villain, what are they usually shown to be dealing with? The most commonly depicted mental health issue in media, in both news and entertainment, is psychopathy.

We all think we know the type in our daily lives, and that may be because we think we know the type from TV and film. Hannibal Lector (Silence of the Lambs), Patrick Bateman (American Psycho) and Tony Montana (Scarface) immediately spring to mind when we think of our favourite psychopathic villains, though none are very relatable to the vast majority of “psychopaths” you are likely to meet.

Unfortunately, although not correct, that is how the idea of a psychopath resonates with people: vicious, vindictive and criminal.

The reality of the psychopath is actually as far removed from the Hollywood representation as most of reality is. In fact, psychopathy and sociopathy are both non-medically recognised terms, and you’ll never actually be diagnosed with either.

The much catchier psychopath label is instead disregarded and the violent offender type of “psychopath” is diagnosed with a term not as steeped in alienating connotations: Antisocial Personality disorder with Callous-Unemotional Tendencies.

The likely majority of psychopaths, though, will not offend, will lead functional lives, and will therefore probably never need a diagnosis. It’s most likely that most psychopaths won’t even know they’re different at all.

The lack of information of how common psychopathy could be, due to this poor diagnostic definition, is pretty much all that prevents us from seeing that a similar proportion of psychopaths commit a crime as do non-psychopathic people. Some attempt at portraying a more complete psychopath have been made in recent entertainment media, and are best typified in both Seven Psychopaths, and in the titular character of Dexter, where some aspects of humanity are mixed into the blood and gore that’s necessary for the sake of entertainment.

“Psychopathy has become far too often confused in TV and media with being psychotic, which is a lot more common and well established”

The portrayal of psychopathy in the news, however, still leaves much to be desired, where a mental disorder is often used as a scapegoat to explain away violent crime; psychopathy in American school shooters being the prime example.

Although psychopaths face an unrealistic and possibly harmful depiction in the media, the victim of this confusing depiction isn’t just them, but also patients with psychotic symptoms. That’s because psychopathy has become far too often confused in TV and media with being psychotic, which is a lot more common and well established.

Psychoticism, or psychosis, generally refers to mental disorders which cause a disconnection from reality. This is normally in the form of hallucinations and delusions, meaning that many disorders from schizophrenia to anorexia to depression involve psychotic traits. 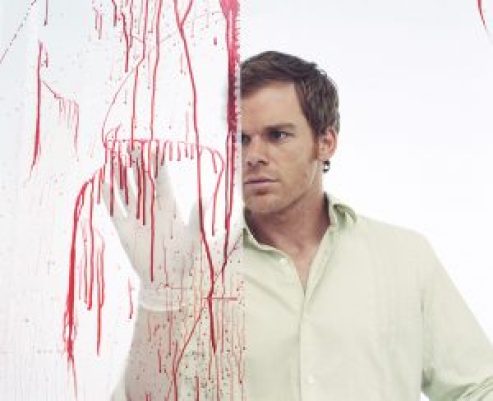 The word, psychotic is just as stigmatic as the psychopath, and hints at extreme violence and danger when used, particularly in media. This is quite confusing when we think that studies show that psychotic individuals are more likely to be the victims of crime than the offender. The real damage of the use of such terms, though, is in the fact that it makes sufferers a lot less likely to come forward out of fear or anticipation of being judged.

This not only means that the person will suffer in silence, but it also means that study figures showing how common disorders are more inaccurate, possibly lowering funding for research and treatment. It can also mean we don’t really know if a treatment is actually effective to everyone who has a certain disorder, and they’ll be unlikely to be improved.

“The answer seems to be the theme that runs throughout the issues highlighted; Hollywood pick and choose symptoms”

Though no real opposition has appeared against the campaign to reduce mental health stigma, and where disorder’s portrayal in media remains the most obvious way to influences opinion, a debate rages as to where the line should be drawn. Filmmakers may state that defining a character’s mental illness may be necessary to justify events, but if this is so, then one wonders why there is such a focus on justifying violent events.

The answer seems to be the theme that runs throughout the issues highlighted; Hollywood pick and choose symptoms. By taking a general impression of disorders rather than all the difficulties that the mentally ill encounter, such portrayals can really trivialise the struggle.

To make matters worse, picking and choosing disorder symptoms can make a meal out of a situation that may otherwise be bearable, by choosing the most extreme examples of disorder to display, and ignoring more representative cases. The recent film Split typifies this: though sporadically scientifically accurate, it’s quick to demonise and exaggerate its subject; a man with 23 identities; each capable of guilt and disgust at immoral actions, who is personified as a monster as a whole.

In defense of cinema, however, one could argue that it could be extremely difficult for an actor to accurately visually represent symptoms of some disorders, especially without some kind of psychology training. And perhaps that’s the answer to this conundrum: a little education

For a far more accurate depiction of mental illness, see Shah Rukh Khan’s performance in My name Is Khan, which eloquently shows both the real hardships of Autism by not picking and choosing preferred symptoms for the portrayal, whilst also maintaining the humility and independence missed with exaggerated genius autistic characters.

Images courtesy of Paul Townsend, Movies in LA and Pimkie via Flickr

The Week in Live Music: Laurel and Toothless

Ready In 5: Coming of Age Films