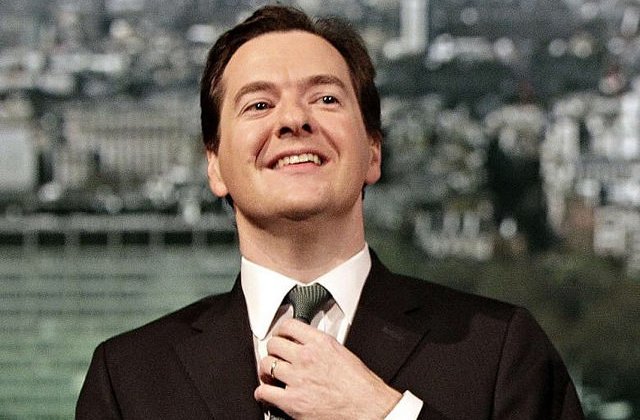 Recent news that MP and former Chancellor of the Exchequer, George Osborne, is to become the Editor for the London Evening Standard has been met with a mixture of shock and shuddering acquiescence. Considering the current state of fake news and twisted politics, perhaps we shouldn’t be surprised. Satire has become reality.

Expected standards of journalism have hit an all-time low. Many of us have begun to knowingly consume “alternative facts” in such a way that we’re becoming desensitised to lies (as we have to dodgy politics). The media and the government are most certainly in need of a shake up. Appointing an MP as the editor of a reliable and well-circulated newspaper will just exacerbate the problem further.

For a start, it’s completely unethical to have any politician (let alone the former Chancellor of the Exchequer) as the editor of a newspaper. The press is meant to scrutinise the actions of the government and hold MPs to account. Osborne and his political agenda are potentially immune from the Standard’s criticism, automatically giving him an unfair advantage.

But that’s exactly what our faulty political system is based upon: unfair advantage. A select few wield all the power and hop from one lucrative job to another (comfortably aided by trust-funds and rich friends). It’s one thing to use your advantage to get yourself a job at a swanky investment firm like BlackRock, but it’s quite another to procure influential positions in both government and the national media.

It’s easy to see how bizarre this is when you consider UoN politics as a microcosm. If new SU President Alan Holey were also Editor of Impact or the head of URN, he’d have had the ability to commission favourable stories about himself during the election, or bias coverage in order to garner votes. It’s quite blatantly a conflict of interest.

To be fair, this is not being taken lying down. Osborne has faced criticism from the Left and the Right. He defended his appointment, saying “I believe diversity of experience makes our parliament stronger”. Yes, George, so do I. Except I’m not sure that the best way to diversify parliament is for one of our privately educated, white, male MPs to earn a few extra hundred grand. Just a thought.

The Independent’s Andreas Whittam Smith echoes Osborne’s defence, saying “we need more MPs out in the real world”. I can’t help but think that Osborne’s new job might not broaden his horizons so much as it will restrict the outlook of the Evening Standard.

The Standard is a free paper, meaning it has a wide, diverse reach across all income brackets. How will George’s voice in particular relate to the everyday reader of the Evening Standard? As was his limitation as Chancellor, Osborne’s cushy upbringing has provided him with a different experience to that of many UK citizens.

“Disconnect between London and the rest of the country”

Perhaps the pro-EU Osborne holds some attraction to certain Londoners: the capital itself voted overwhelmingly to remain. The resultant shock after the Brexit vote was felt no more so than in The Big Smoke. There’s a disconnect between London and the rest of the country, wherein many Leave voters were plagued by the stringent measures of Osborne’s austerity regime. Appointing a member of the “Remain Elite” to edit the self-proclaimed ‘London’s Newspaper’ does nothing to tackle this problem.

Also: what evidence do we have to support Osborne’s capacity as a newspaper editor? Reports state that Osborne has harboured ambitions to be a journalist since graduating from Oxford University in 1993. Before getting into politics, he got turned down for an apprenticeship at The Times and rejected for a job at The Economist.

I feel for you, George, I really do. But sometimes it’s just not possible to achieve all your dreams. Like how, in 2010, I had to give up on my dream of not being in £50K worth of debt when I left University. That was a tough one, but I’ve managed to move on (well, I’ve managed to shove it into a box in my mind in order to enjoy my student loan in a sometimes carefree and erratic manner).

He wasn’t up to the job back then. What experience has he had since?  He wrote a freelance column for the Daily Telegraph for a period of time, but apart from that, not much. In other words, he’s wildly unqualified to edit one of London’s most widely circulated newspapers whilst also holding down a full time job as an MP.

It’s all completely ridiculous, but that is what we’ve grown accustomed to. If it’s any consolation, the Evening Standard once tweeted a video in which a load of school kids wouldn’t let George Osborne play netball with them. Go and watch it now.