Get Out: A Commentary On Racial Tensions

The highly anticipated movie Get Out has just hit UK cinema screens and is receiving a phenomenal reaction, in fact it has already crossed the coveted $100 million mark at box office. This film is a blend of race-savvy satire and horror that demonises the white middle-class liberals and targets the taken-for-granted liberal ignorance that often goes overlooked in modern day society. Get Out is definitely a thought-provoking thriller/horror that will have you on the edge of your seat the entire for the duration of the movie.

What makes ‘Get Out’ so fantastic is that unless you have looked up the plot and themes of the film prior to watching it, at first glance it feels like your everyday comedy ‘Meet the parents’ scenario. Allison (Rose Armitage) brings her new boyfriend Chris (Daniel Kaluuya) to her suburban parents’ home, where we suspect tensions may arise because of his colour (him being African American).

However, to our surprise, her parents almost seem too joyful at her boyfriends’ arrival and it is only as the plot unravels that it becomes evident that there is something more sinister at play, and Chris will soon become another of the family’s experiments.

“This film may serve as a public outcry to the authorities”

To our immediate attention, the family home looks like an immediate throwback to America’s plantations when we see the family’s black housekeepers. There is a lot of humorous peculiar behaviour that Chris witnesses from the housekeepers that don’t add up.

Allison’s parents discover that Chris smokes and when mother Missy (Catherine Keener) catches him, she has her first attempt at hypnotising him despite him earlier dismissing it when she offered. This forces Chris to address some unresolved childhood troubles he has about his mothers’ death that he blames himself for and he enters a state of “the sunken place” termed by Missy. Screen writer and director Jordan Peele defined ‘the sunken place’ in a tweet “the sunken place means we’re marginalised. No matter how hard we scream, the system silences us”.

The irony in the film can be found in a lot of racist comments that Alison’s father (Dean Armitage) makes as well as other characters at the party the family host. These are relatable experiences that the black community face and typically ignore. References to Chris’ build making him great for fighting and golf are generalisations and assumptions that the film aims to bring to the forefront. 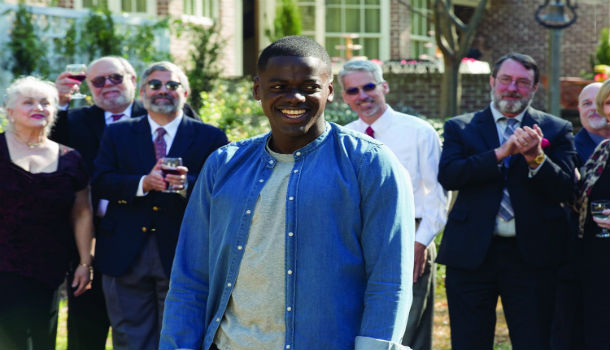 It is evident that the writer Jordan Peele used satire, irony and ignorance to force viewers to think about the remarks they make or even receive and, in an extreme context, suggest what it can lead to. The end result is not a nice one, but seems like the only solution to prevent the protagonist from being another one of the many black victims that the family have targeted.

For example, at the very start of the film a black musician Walter (Marcus Henderson) is abducted in a suburban area similar to the one Chris was in and it is only when Chris recognises at the family party that it is, that it becomes clear that the family intended to do the same to Chris.

“Depicting some humorous yet harsh realities about interracial relationships.”

It was becoming a serial tradition of the family to hypnotise and operate on Alison’s love interests, taking their consciousness from them to then sell their soulless body on the market. The party ended up not being a party, but an opportunity for guests to place bids on taking bids on Chris, which he was not aware of. The mystery heightens when Chris asks Alison to leave just to find out that his love interest is in on it too.

Viewers follow Chris on his frustrating attempt to escape this mad house where Alison’s father and brother Caleb (Jeremy Armitage) plan to operate on Chris. There is audience consensus that the white family are the villain’s that need to defeating, a feat Chris achieves with the help of his close friend Rodney (Lil Rel Howery). Rod ends up providing the straight comedy element to the film, depicting some humorous yet harsh realities about interracial relationships. 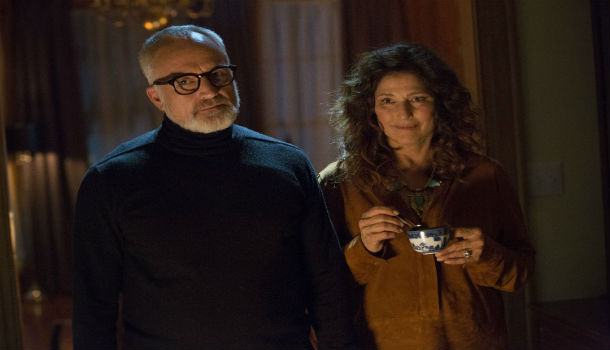 This film comes after the ‘Black Lives Matter’ movement takes a forefront in mainstream media, and a staggering number of African American men go ‘missing’. In this context, this film may serve as a public outcry to the authorities to take the issue seriously. After Rod goes to the police about his friend being missing the officers just laugh it off, highlighting the harsh realities about the value of black American’s lives in this current climate.

This film, along with other racially charged movies that have been released this year thus far such as Moonlight, Fences and Hidden Figures highlight a very clear current movement occurring in America, especially relevant since the election of Donald Trump. Many critics have tweeted that so long as Trump is in presidency ‘we are all in the sunken place’.

I suggest everyone goes out and watches Get Out, even if you do think you’re culturally aware, because you still may find yourself reflecting through the laughter.

The Fallacy of the Scientific Fact